After traveling to Italy to scope out the gelato world, pick up some training and gelato equipment, the A Tavola folks approached Johh Berman, a longtime friend of the restaurant’s founding family, to see if gelato could make a good grocery store retail product. He did some research and told them it probably wouldn’t — but it could make a great venture on its own. Berman has been making gelato for them since 2014; the shop, located in a converted historic home, opened in December 2017 — just down the street from A Tavola’s Madeira location.

Gelato is not ice cream. It is similar, in that both creations are dairy treats. But where ice cream is comprised of mostly cream and a little bit of milk, gelato uses even less fat (from the cream) and more milk.

The other secret to gelato is balance.

“There’s a tremendous amount of science with gelato and sorbet,” Berman says. “The idea in quality gelato or ice cream is to eliminate ice crystals. The job of sugars in our product is to break down water molecules into their smallest form, so they don’t bunch up and create crystals, and we achieve that through balance... In gelato and sorbet manufacturing, balance is everything.”

Besides gelato and sorbet, coffee is the other menu staple, with espresso, lattes, affogato, drip coffee, Chai, iced tea, lemonade and a few other beverages. 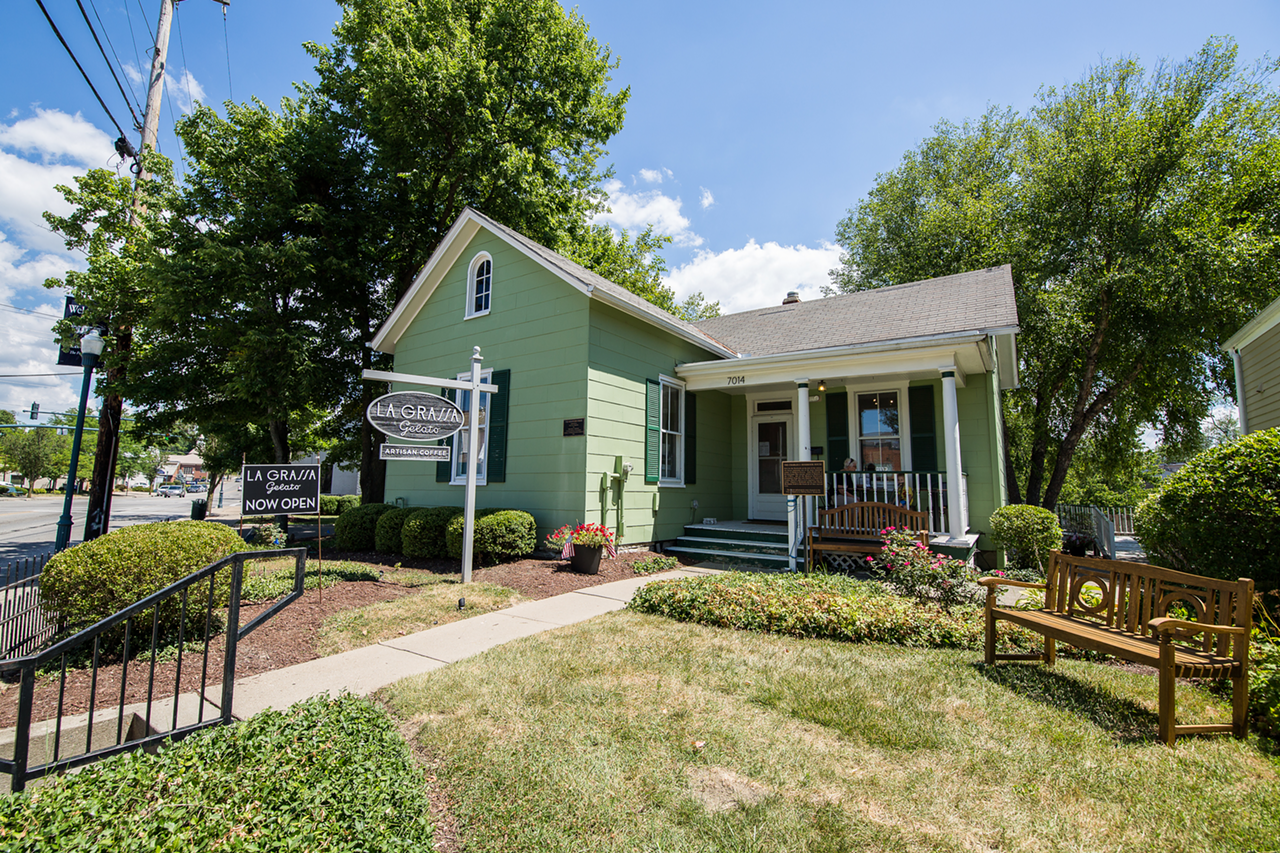 Photo: Hailey Bollinger
The outside of La Grassa Gelato

Photo: Hailey Bollinger
Counter where guests can order a range of items like gelato, coffee, lemonade, and more

Photo: Hailey Bollinger
The gelato base is just milk, cream and sugar

Photo: Hailey Bollinger
Waffle cones are made from scratch in-house