Covington's Braxton Brewing Co. has announced the opening date for Braxton Barrel House, its expansion into Fort Mitchell. It will be the third location in the popular brewery's fleet, joining the flagship tap house off of W. Seventh Street in Covington and Braxton Labs inside of Bellevue's The Party Source. Braxton Barrel House is slated to open on Sept. 27, taking over the former Remke Market building on Dixie Highway. The space will include a 20-tap taproom and a 2,000-square-foot patio on the former loading dock, plus 20,000 square feet of storage for housing bourbon barrels and other assorted barrels to age their beers. They will also offer a private barrel-aging program, where guests can opt in to "experience the barrel aging process from the initial brewing all the way to the packaging" and create their own beer to age. According to the press release, "Ranging from $500 to $5,000, custom private barrel picks can yield upwards of 300 bottles of barrel aged beer." “We’ve always been focused on creating one-of-a-kind experiences for our guests — both in the tap room and beyond,” says Jake Rouse, co-founder and CEO of Braxton Brewing, in the announcement. “We’re looking forward to sharing the Braxton Barrel House with Northern Kentucky and Cincinnati-area beer and bourbon drinkers who love Kentucky’s culture as much as we do. "To our knowledge, this is the nation’s first dedicated private barrel program, and we’re so proud to open the doors to our newest location.” The company has been busy with a few other large projects this year, including a $5 million expansion of its Covington brewery, which features a 5,000-square-foot rooftop patio, as well as the introduction of its popular line of seltzers, Vive. Braxton Barrel House, 2501 Dixie Highway, Fort Mitchell, braxtonbrewing.com.
Photos by Adam Doty
Scroll down to view images 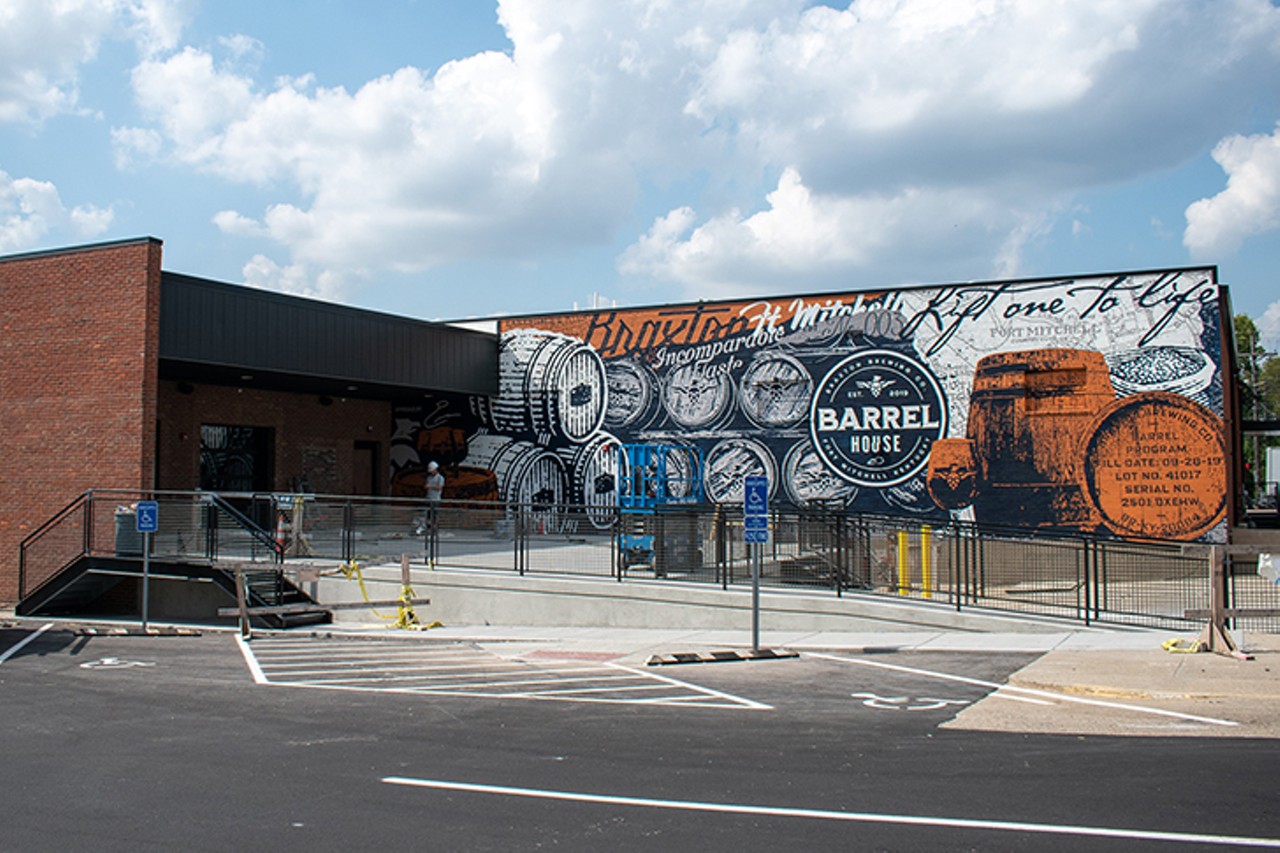 Adam Doty
The taproom at the Barrel House features wooden barrel staves on the wall and bar, as well as barrel headers on the wall.

Adam Doty
The Barrel House has a large-outdoor deck that was previously a loading dock for Remke Market — a grocery store that the building was previously used for.

Adam Doty
Visitors are reminded what the facility is used for, showcasing barrel heads used by Braxton on the walls.

Adam Doty
Most of the beers available at the Barrel House will come from Braxton Brewing's headquarter brewery in Covington, but small barrel-aged batches of craft beer is what this Fort Mitchell location will specialize in.