Over-the-Rhine brewpub Taft’s Ale House has taken its talents to Spring Grove Village, opening a second location — Taft’s Brewpourium — and pivoting its menu from a focus on tri-tip steak to a unique East Coast-style pizza.

“This area is dying for something like this,” says Taft’s owner and managing partner Dave Kassling. “There’s a lot of people who live over here, and there’s really only fast food options. So we’re offering something completely different, and I think that’s going to go a long way.”

“We wanted to change it up,” Kassling says. “(At Taft’s Ale House in OTR), the original idea was to offer a kind of meat that most people don’t know in Cincinnati, and that was the tri-tip. Here, we decided we wanted to bring New Haven-style pizza, which is nowhere to be found in Cincinnati.”

The dough, made with filtered water and flour imported from Italy, is what makes apizza so different.

“The beauty of the pizza is that it’s cooked in a coal-fired oven,” Kassling says. “Those coals get to 1,000 degrees. Most of the baking doesn’t go near that temperature, but we move it over at the end to give it a nice, light char. It really gives you that crunch while staying soft on the inside. It’s wonderful.”

Food director Katie Klug says the Roebling pie has been the restaurant’s top seller since opening in September. Like Kassling, Klug also attended the International School of Pizza. “We’re really excited about the Roebling,” she says. “It’s kind of like a meat-lover’s-style pizza but with ricotta.”

Klug says the Spring Grove has also been an early favorite. “(It) just has tons of veggies, marinated eggplant, green peppers, mushrooms, artichoke hearts, red onion, and after it’s baked it gets fresh arugula and a balsamic drizzle,” she says.

Some of the pizzas also incorporate Taft’s beer, either infused in the crust or other toppings. The BBQ Pork Pie is topped with pulled pork marinated overnight in the brewery’s Cherrywood Red Ale, with red onion, jalapeño and smoked cheddar.

Though Klug’s pizza could steal the show, the menu also offers a handful of sandwiches, salads and appetizers.

Owner Kassling is working to expand Taft’s beer presence beyond Cincinnati. The 50,000-square-foot Brewpourium — once a P&G lab and a streetcar building facility — will serve as Taft’s primary brewing facility.

“Right now, we have the capacity to do about 15,000 barrels,” he says. “However, the building is large enough for us to do over 100,000. So, if we’re fortunate enough to see demand for our beer, someday we’ll be in this building doing even more.”

Taft’s beer is currently available at more than 400 Cincinnati locations, including local grocery stores. With the Brewpourium up and running, the crew hopes to use the added production space to push cans up toward Dayton and into Northern Kentucky. As such, those who visit will have an opportunity to see beer production in action and enjoy the open space of the taproom.

“When we found (the new building), it was just in great shape,” Kassling says. “It was perfect for our needs because not only did it have space for expansion but also a great front area for us to use as a taproom.”

The taproom, open Wednesday through Sunday, also features darts, cornhole, shufflepuck and several TVs, allowing both beer connoisseurs and families to enjoy all that Taft’s Brewpourium has to offer. 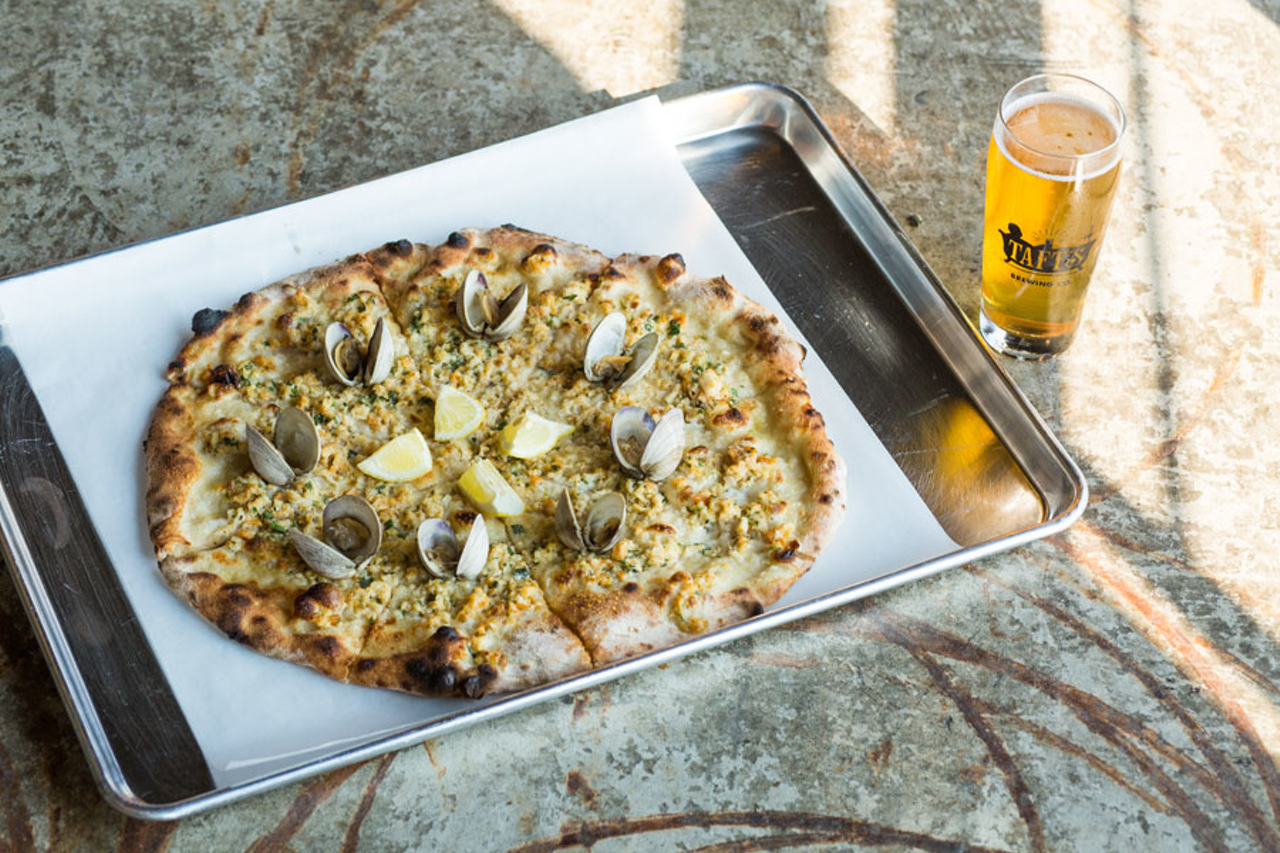 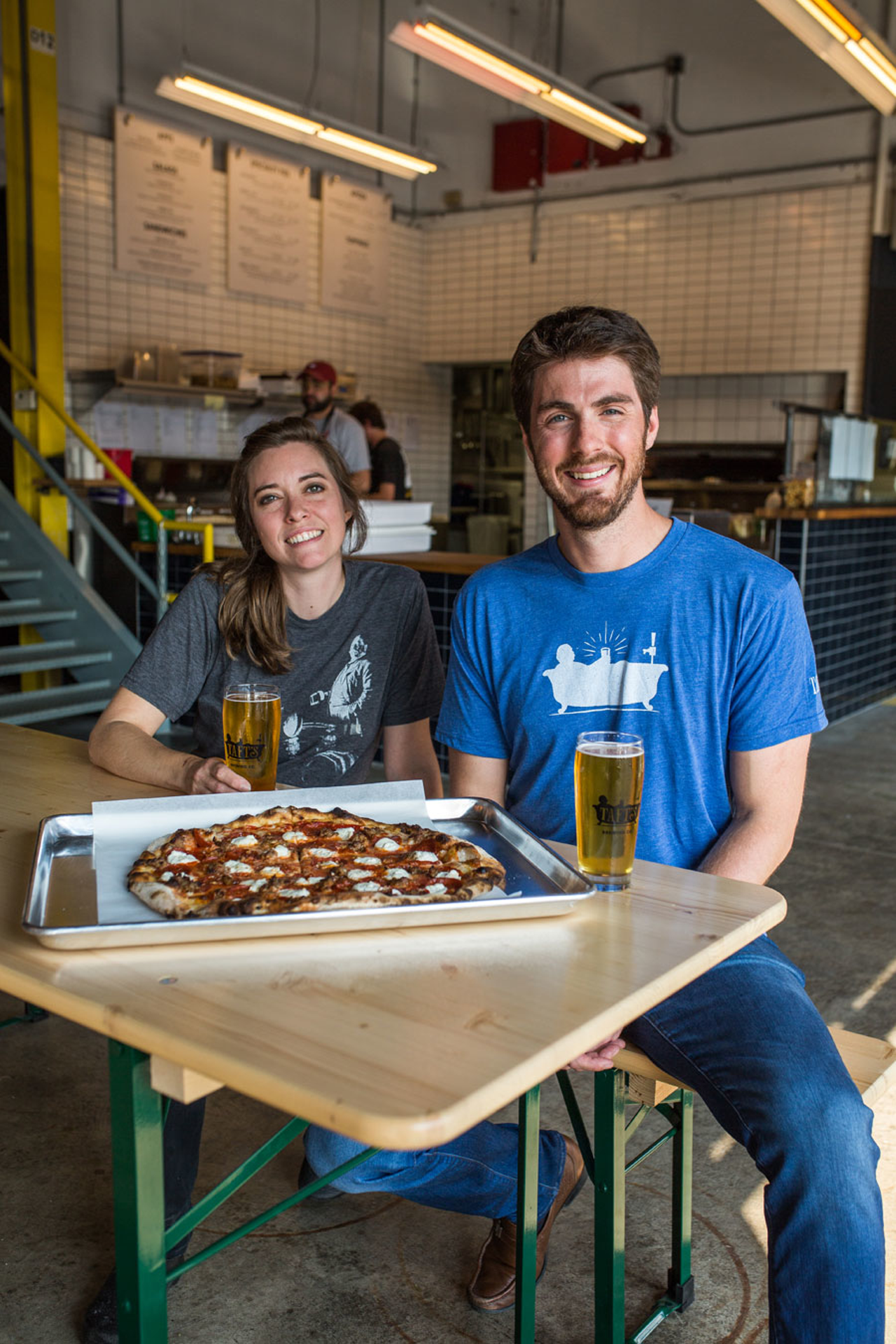 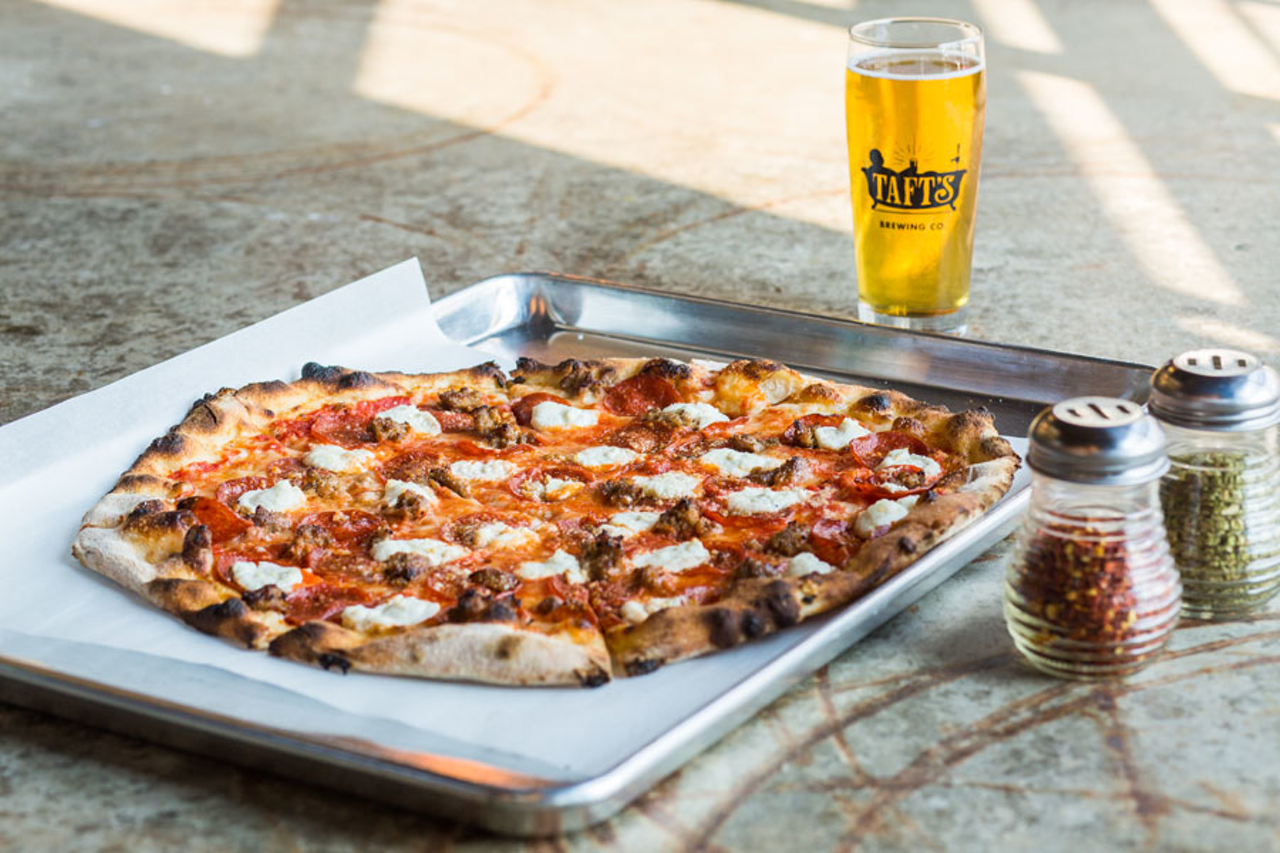 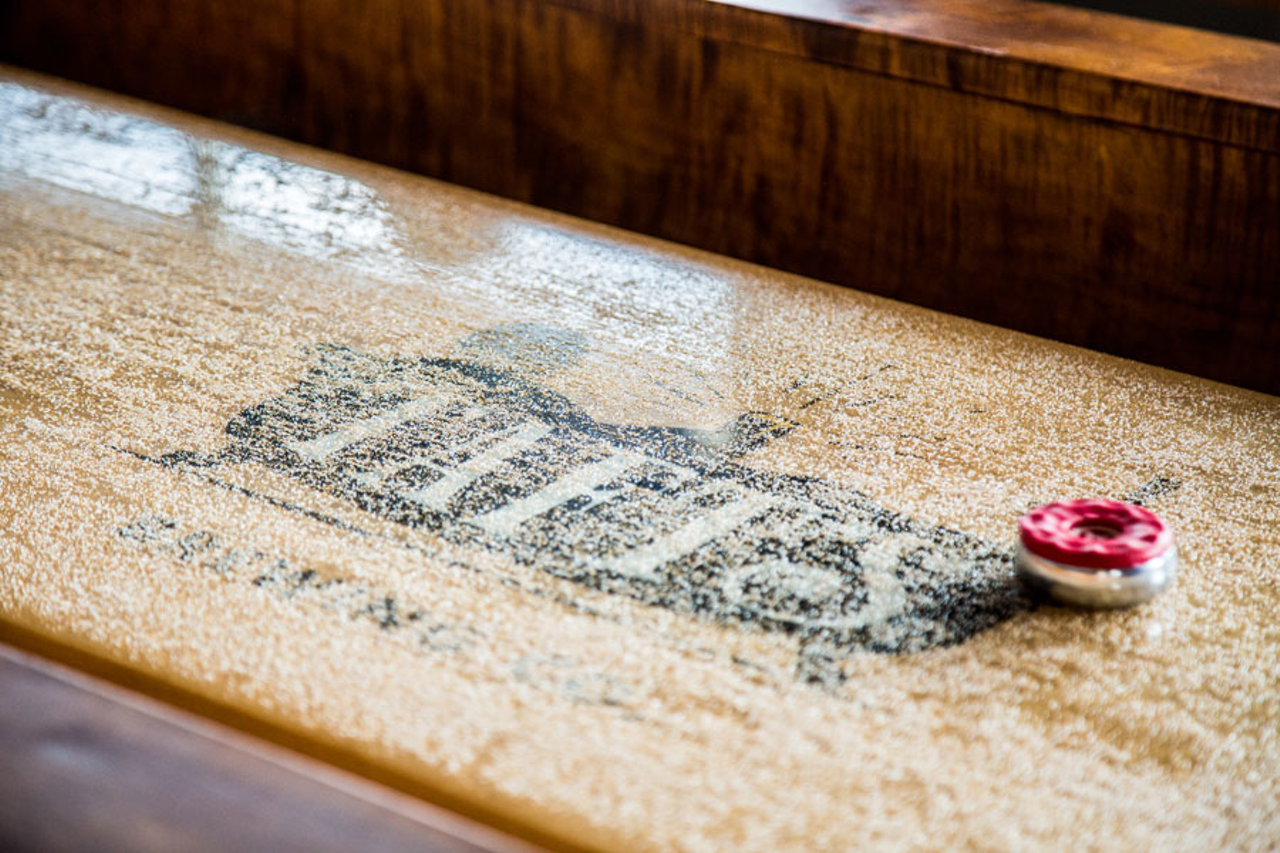 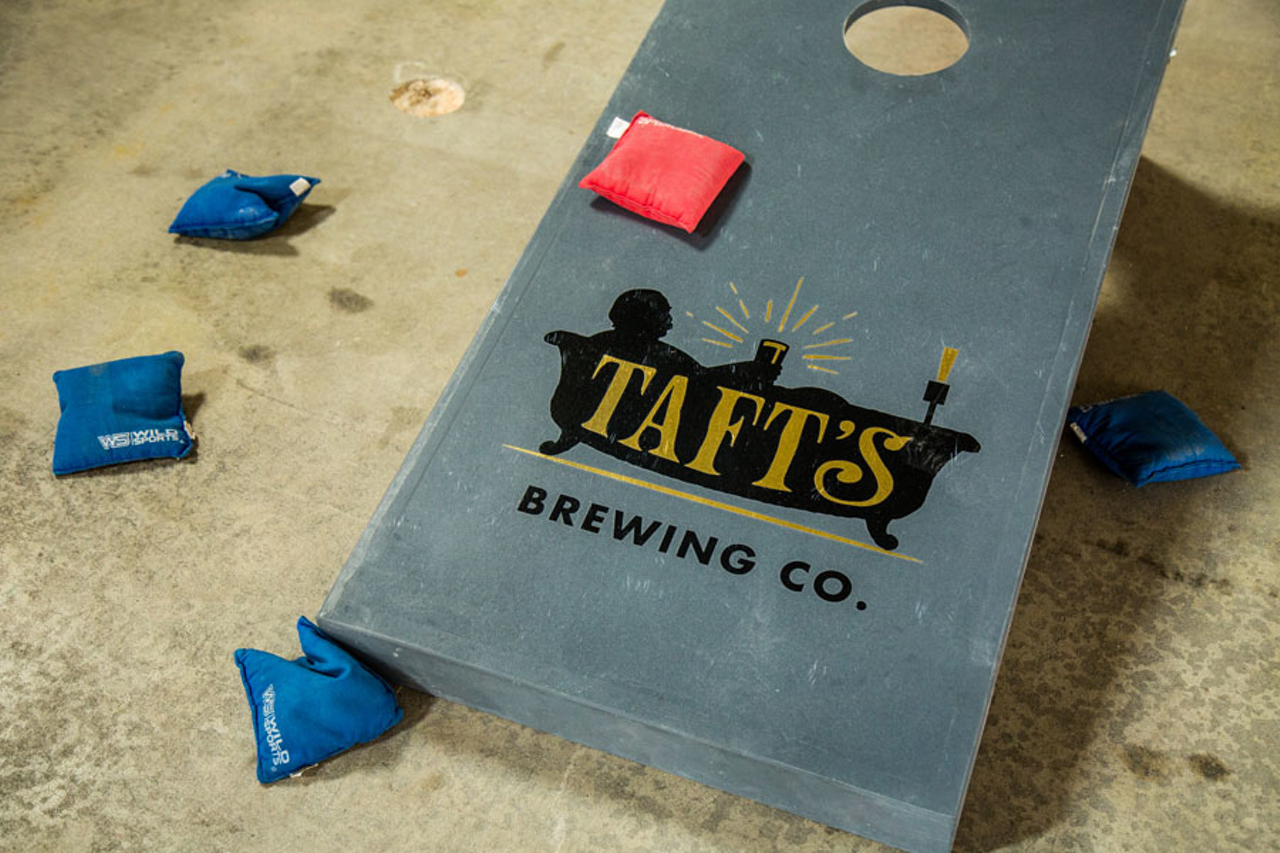 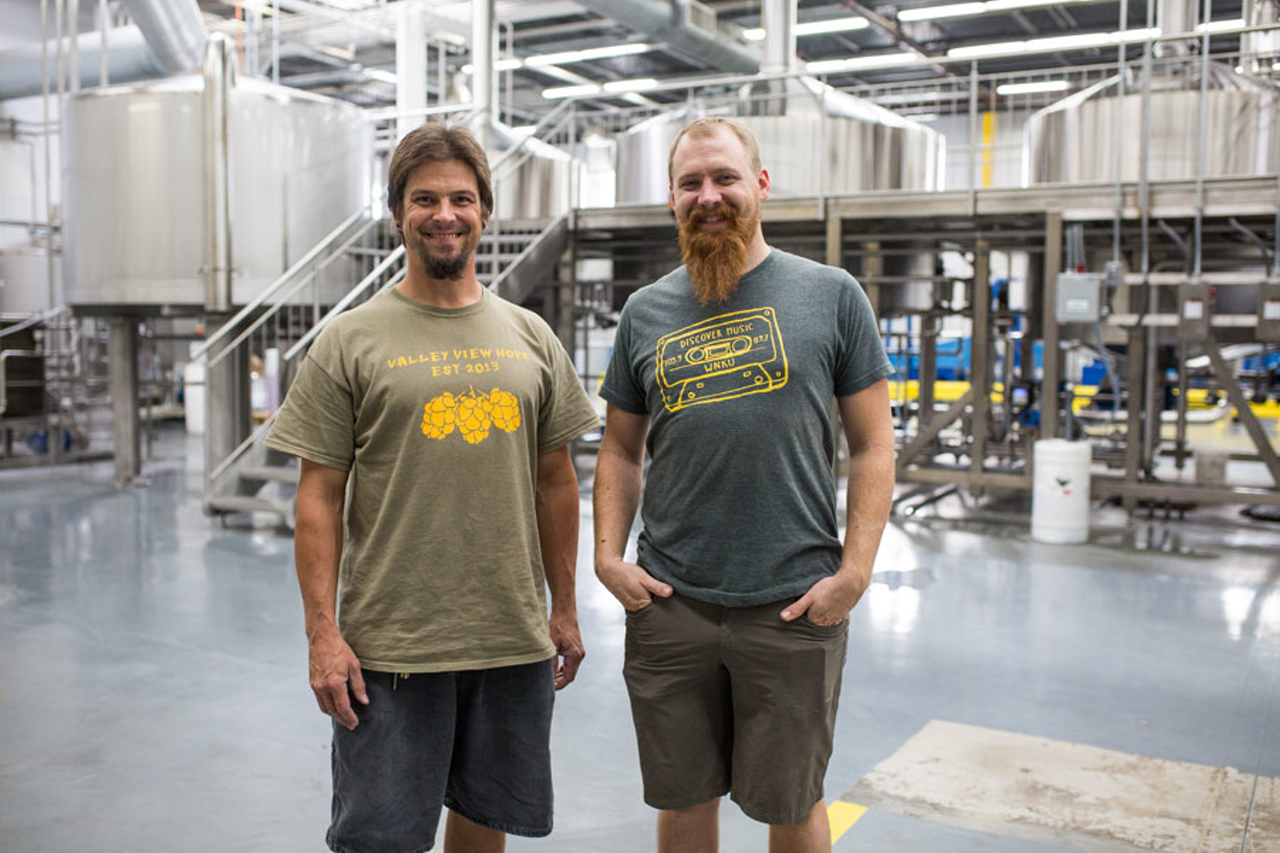 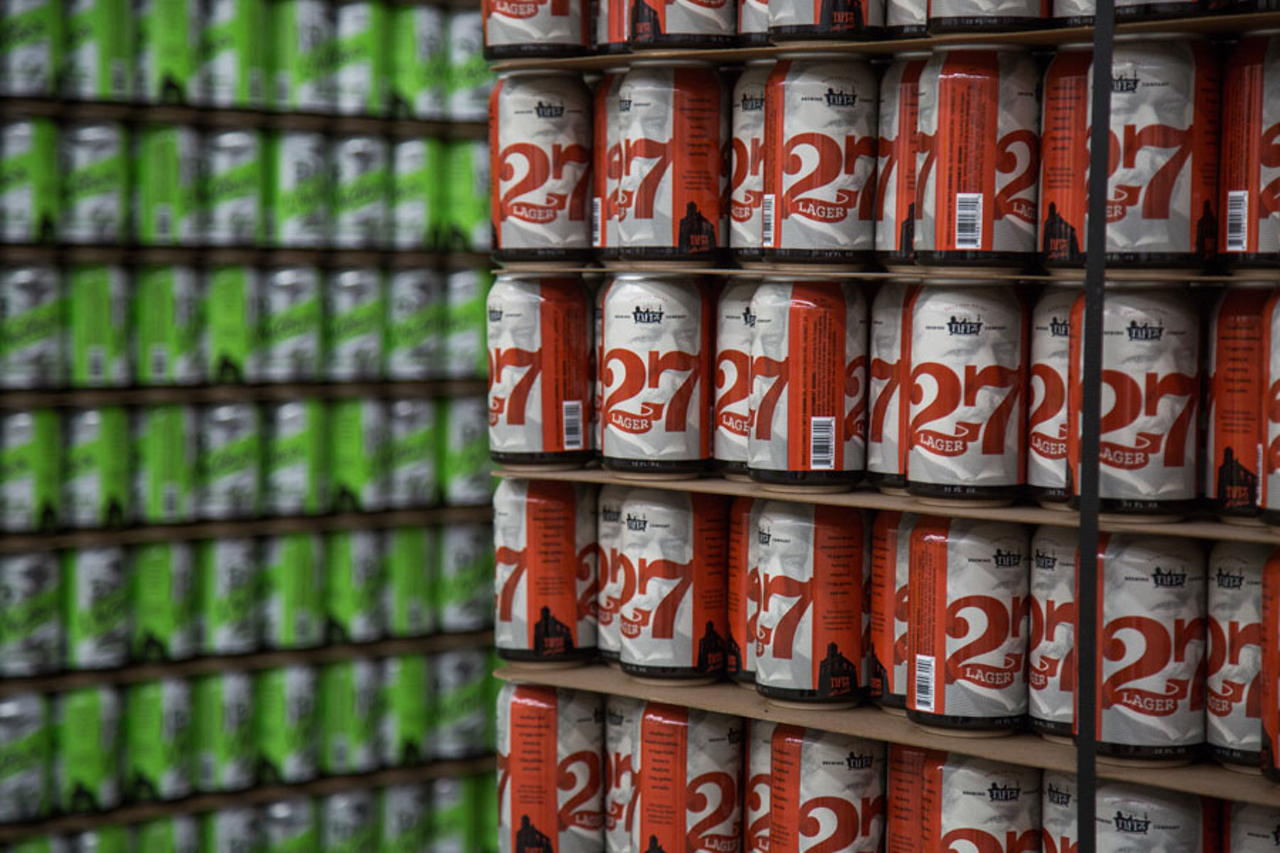 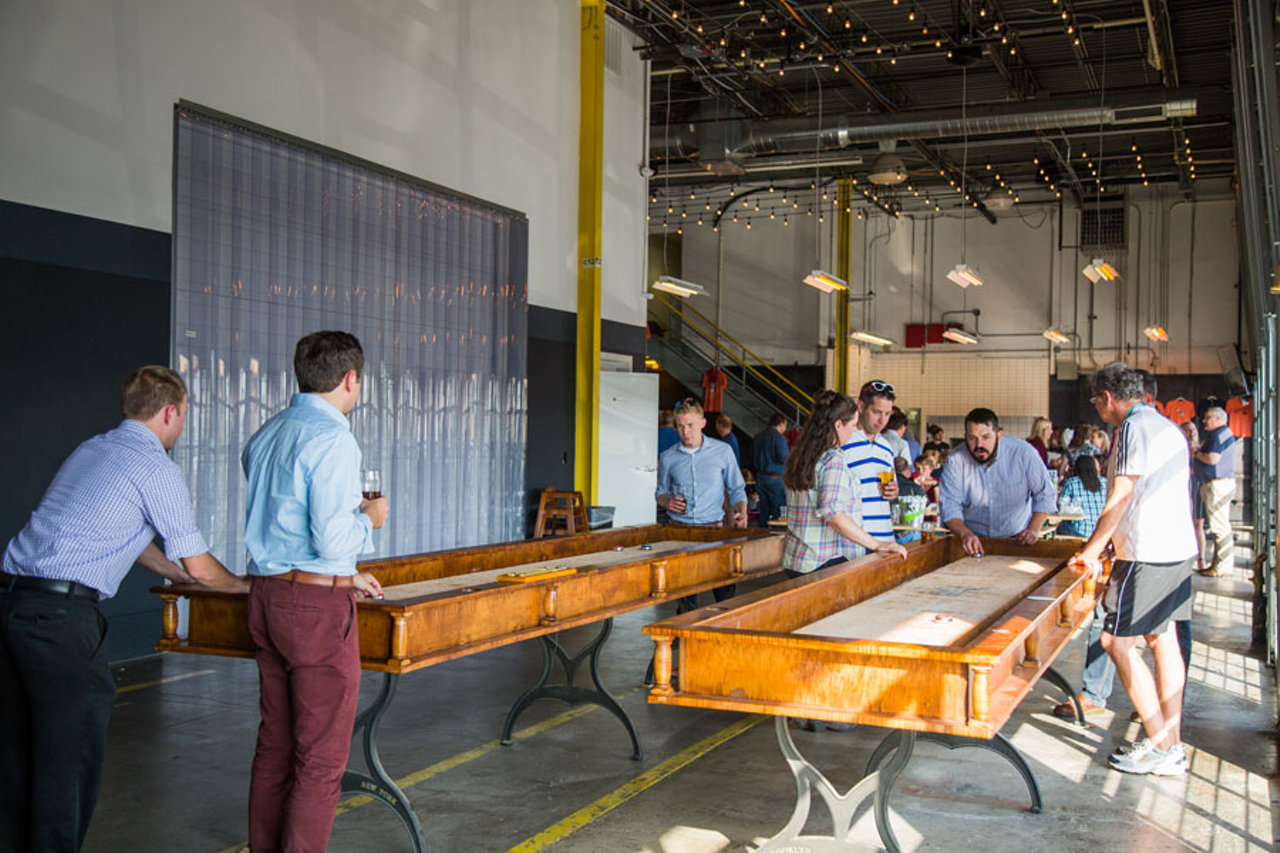