Progress continues as the West End's $250 million FC Cincinnati stadium gears up for its slated mid-May first game. CityBeat hopped on a tour to see how the arena is shaping up. The stadium, which will hold 26,000 fans, is wrapped with illuminating "fins" that officials plan to turn on mid-March. All seats are covered by the stadium's 360-degree roof canopy, under which guests can find beers like Rhingeist, Sam Adams or Heineken at concession stands. The stadium's First Financial Club, the largest club in the building, spans the entire east side of the stadium and will be home to a beer hall offering 40 taps and focusing on craft beers. The hall is inspired by Over-the-Rhine's renaissance. FC Cincinnati began selling season tickets on Feb. 24. Prices start at $325 for the season (in the Bailey) and go up to $900. For more info, visit fccincinnati.com.
Photos by Francisco Huerta
Scroll down to view images 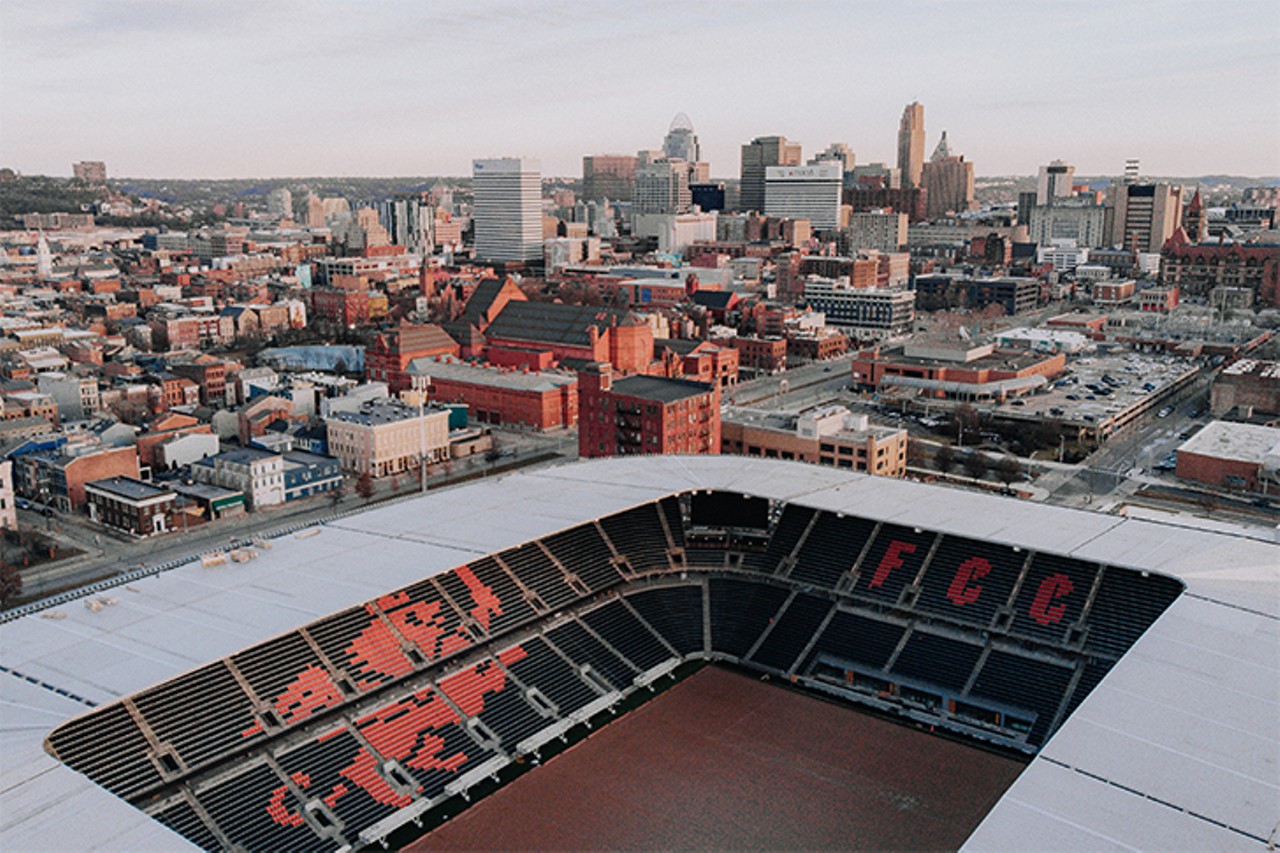 Francisco Huerta
The stadium, with the city behind 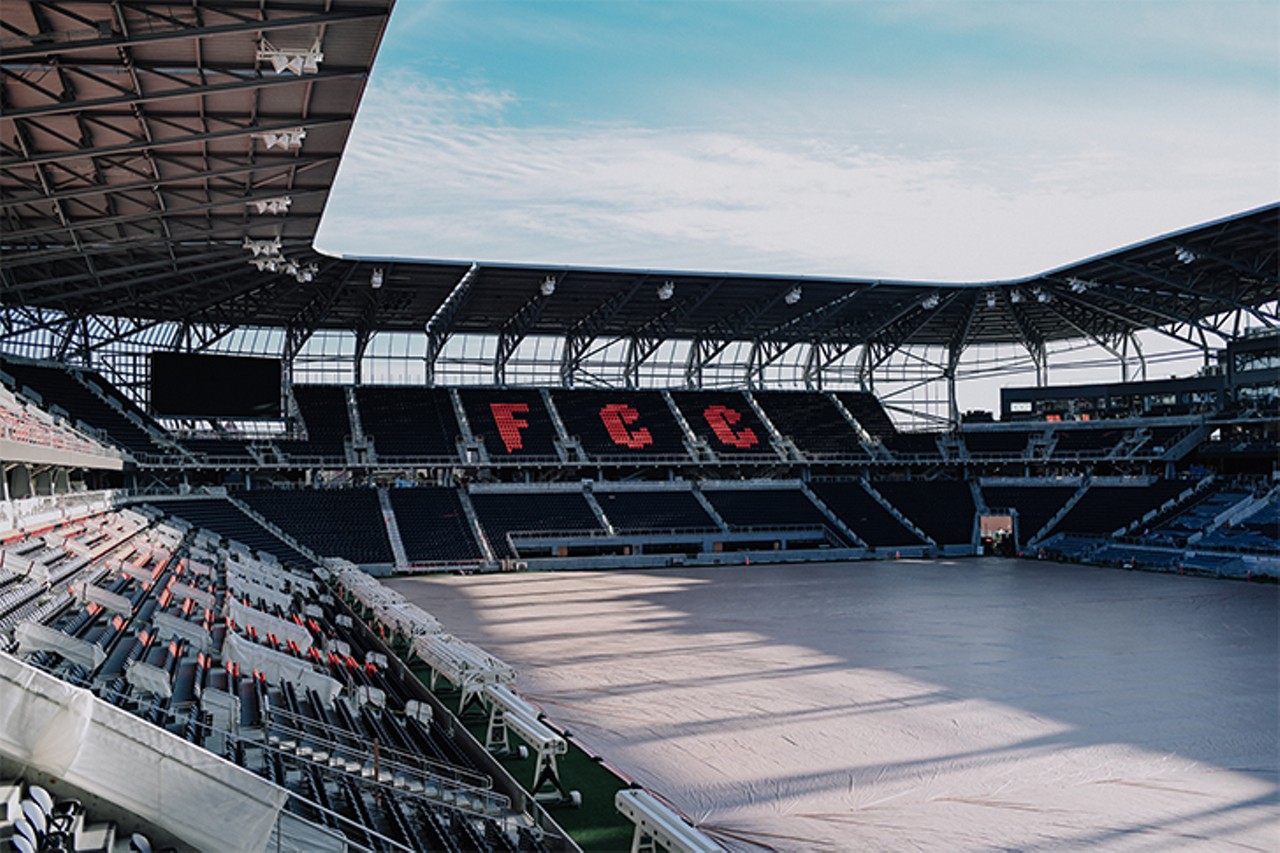 Francisco Huerta
View from inside the stadium 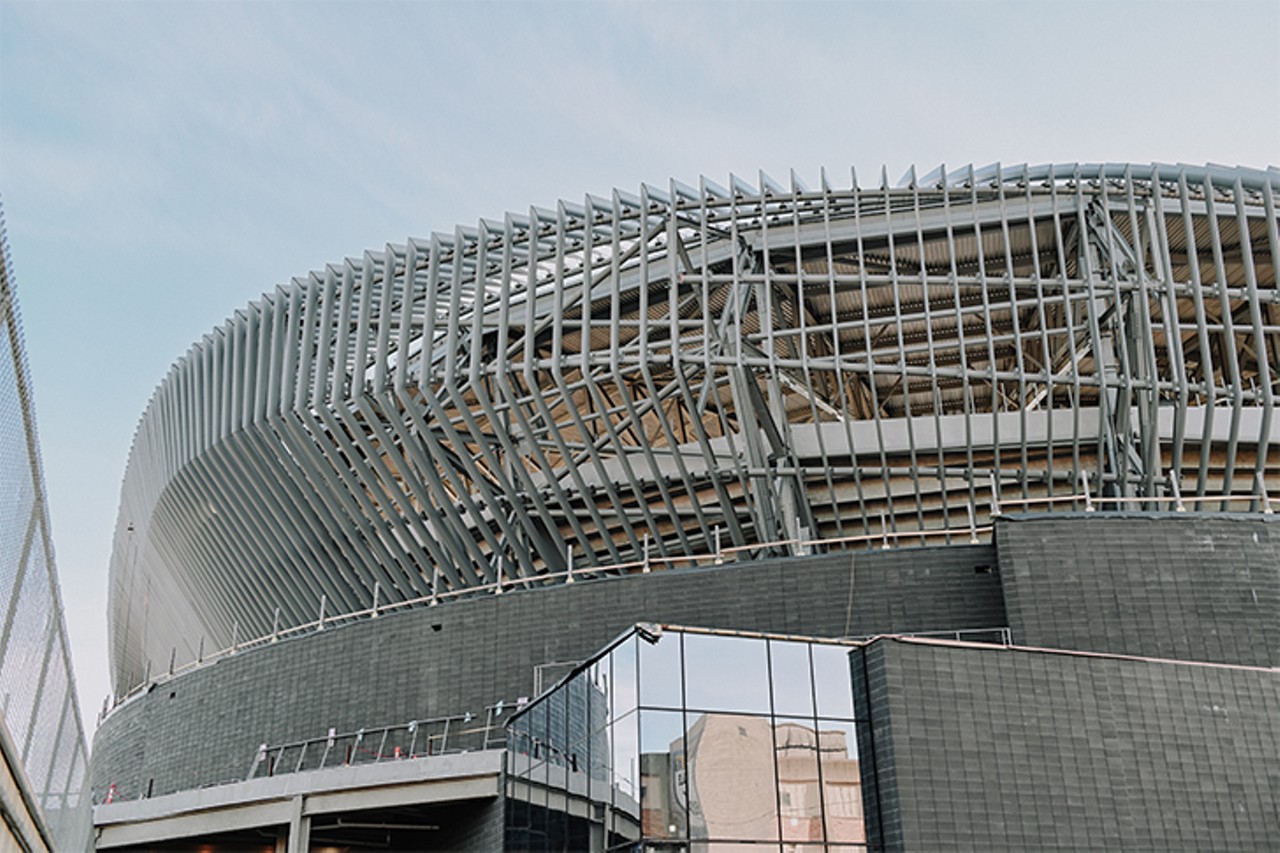 Francisco Huerta
Exterior of the stadium, showing the illuminating fins 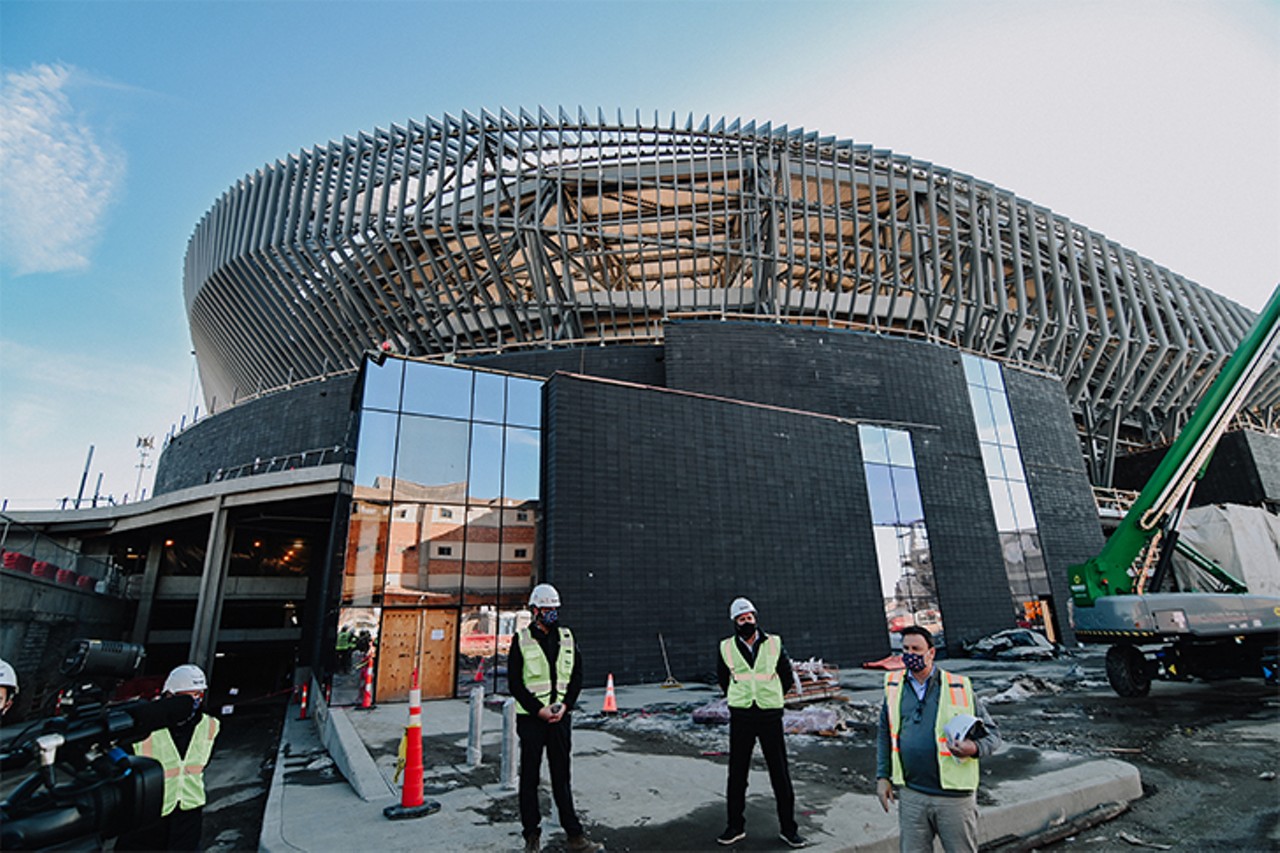 Francisco Huerta
Exterior of the stadium 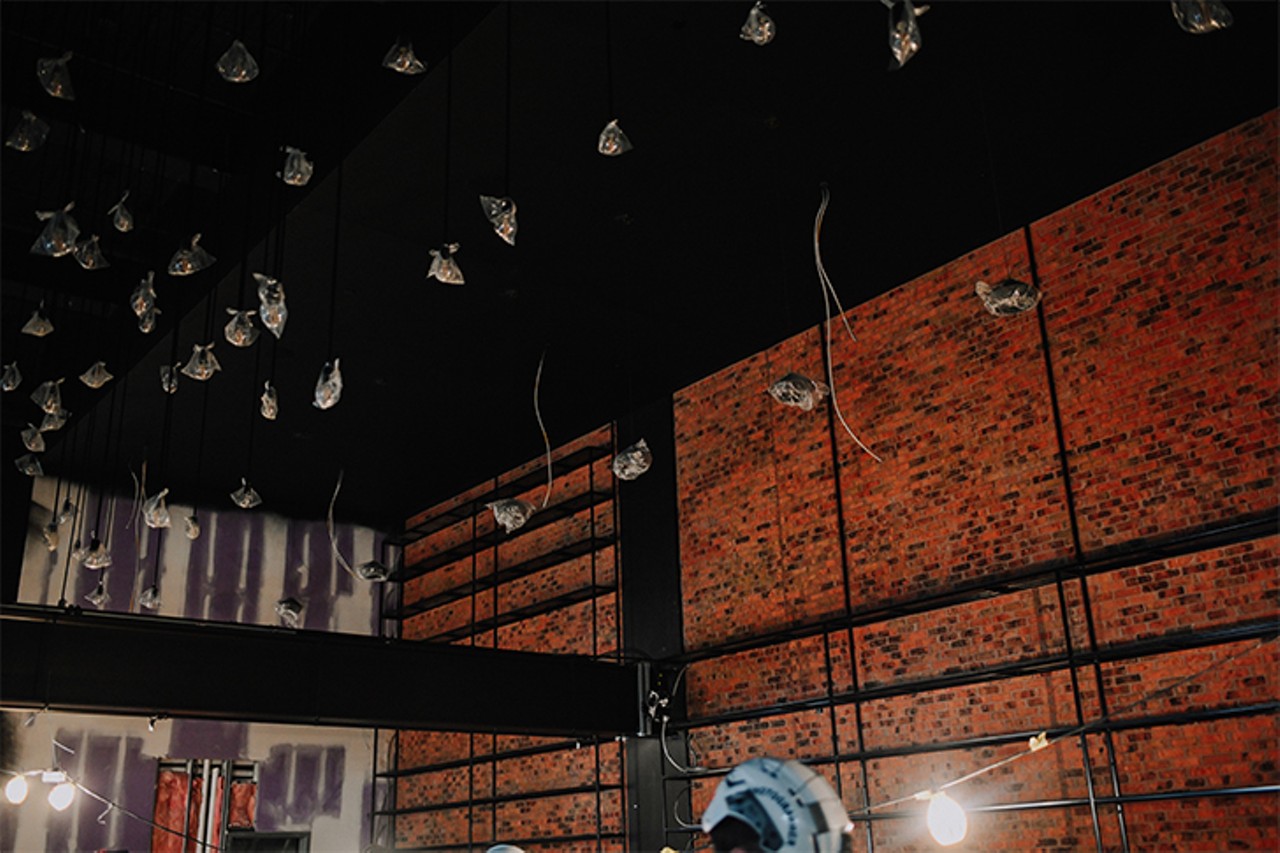 Francisco Huerta
Inside the lounge area of the First Financial Club 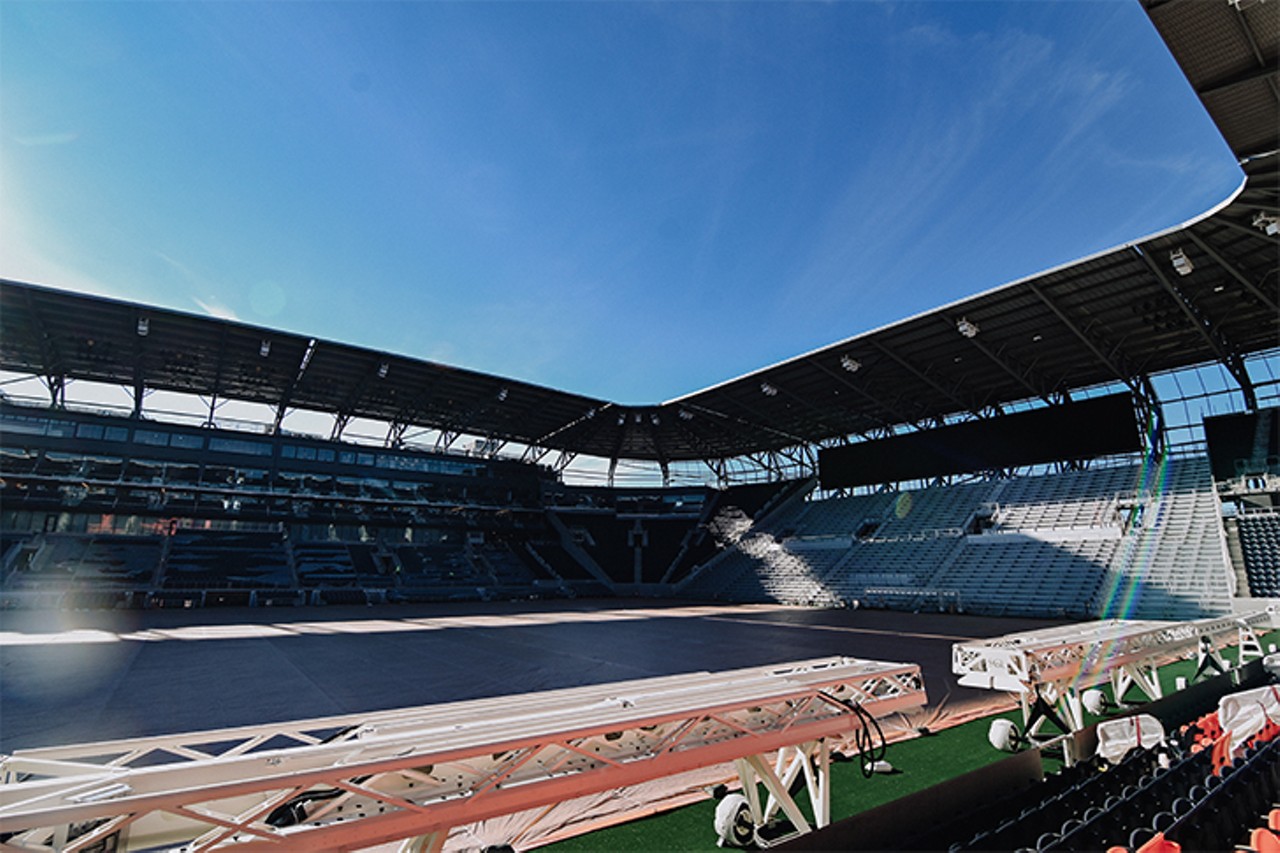 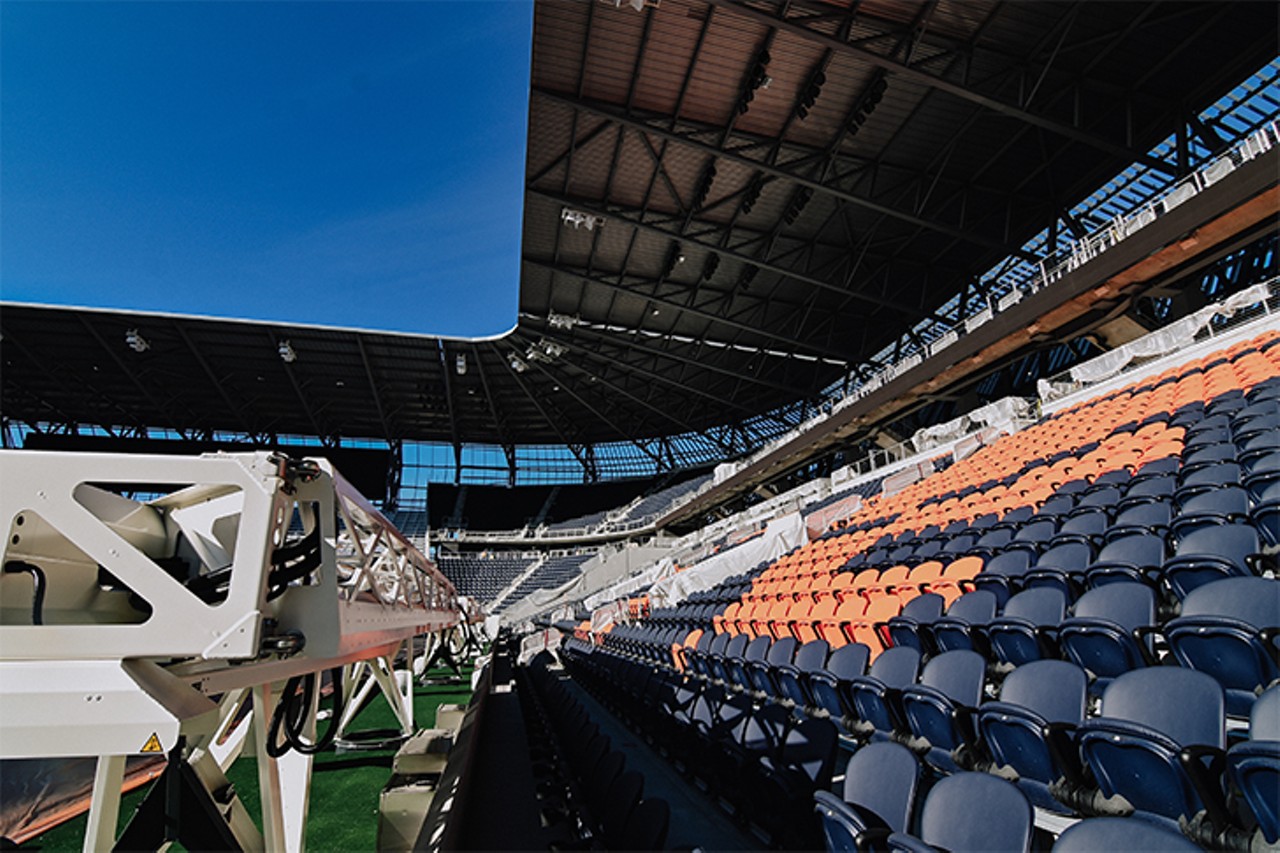 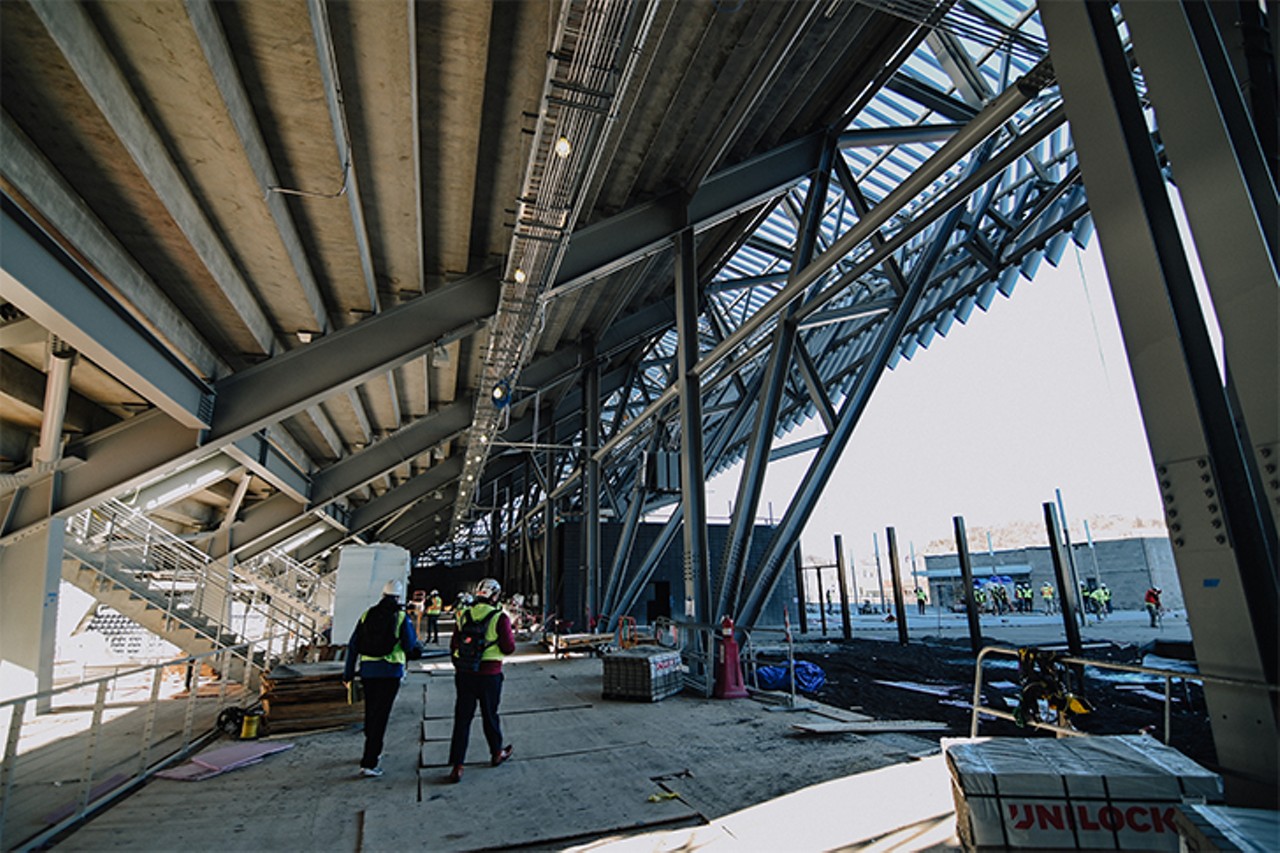 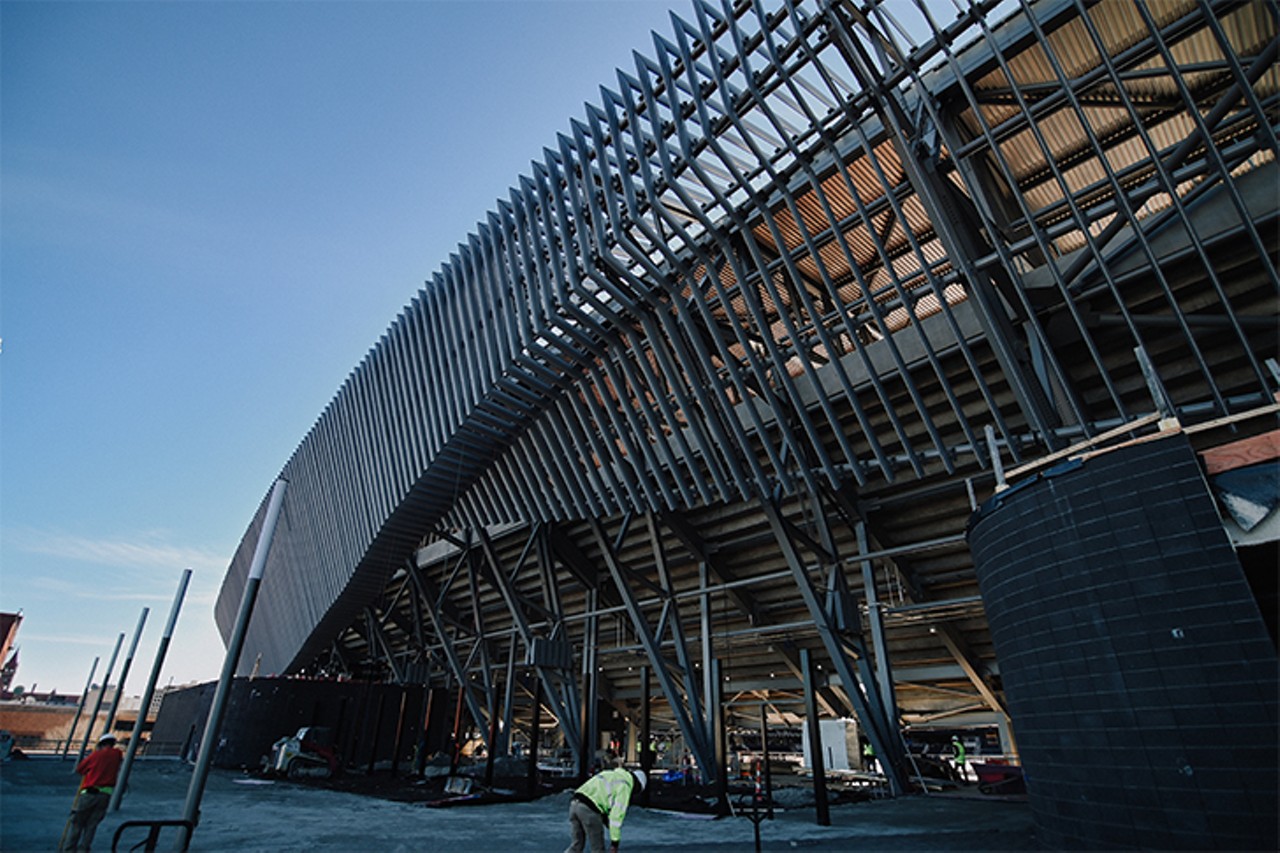 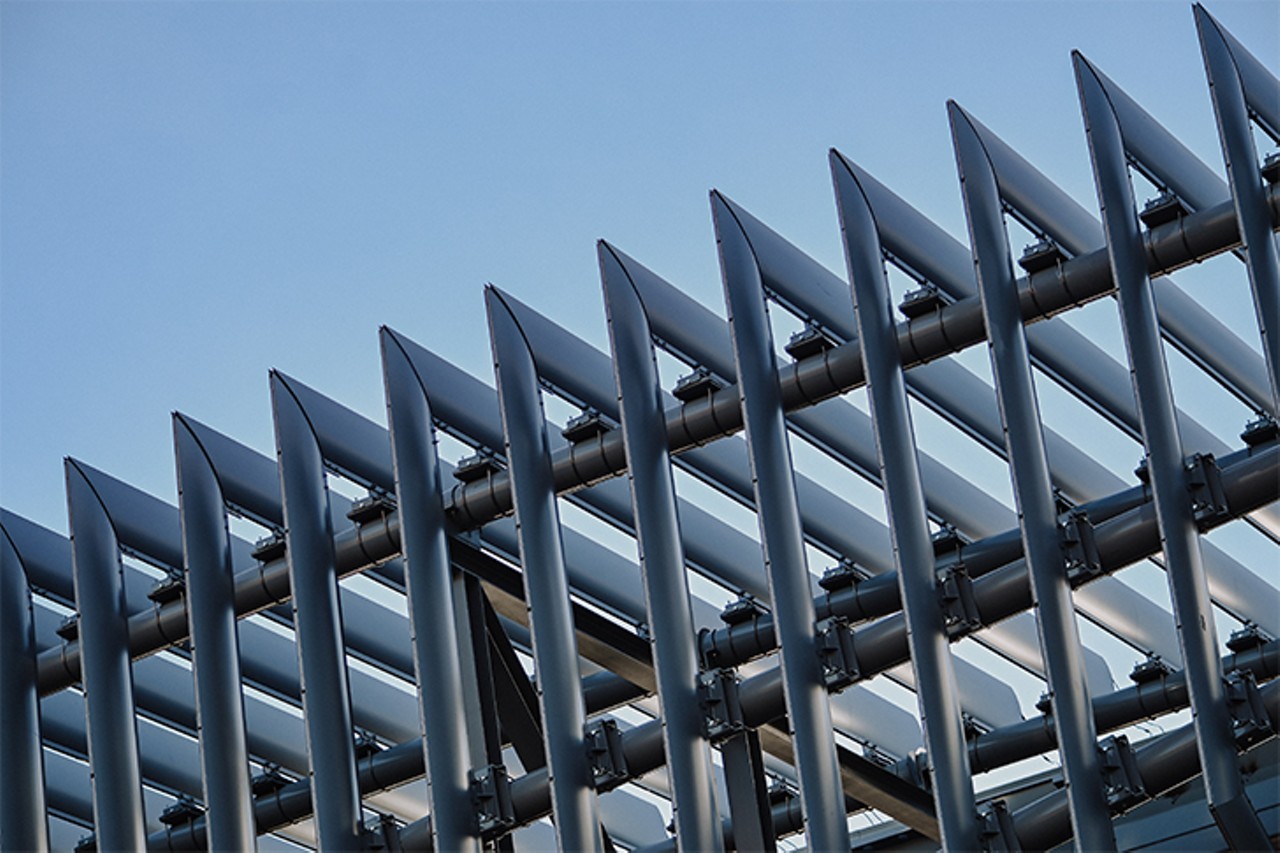 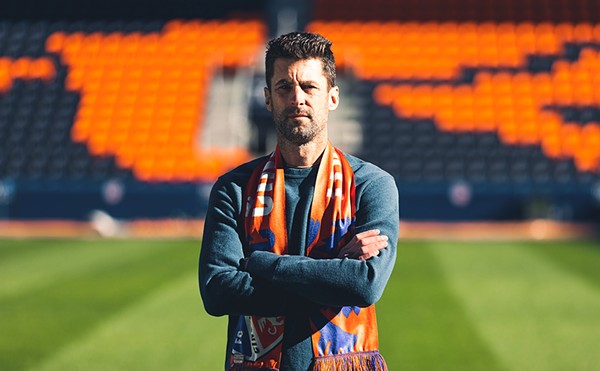