Photo: instagram.com/taylorswift
Taylor Swift fans and stans, rise up! Midnights was released Oct. 21, 2022 at, well, midnight, and it’s time to celebrate by devouring Swift’s whole discography all over again. Scroll down for all the places in Cincinnati where you should listen to 13 – yes, we did that – Swift hits and deep-cuts to maximize your experience.

Swift announced Midnights' release date during the MTV Video Music Awards on Aug. 28 as she accepted her award for Video of the Year for All Too Well: The Short Film. During her award acceptance speech, Swift described Midnights as “the stories of 13 sleepless nights scattered throughout my life." After the announcement, Swift also shared the album’s track titles via social media, building up anticipation in her fanbase.

By the way, Aaron Dessner of Cincinnati-bred band The National produced several songs on Midnights as well as its special-edition versions. Fellow members Bryce Dessner and Bryan Devendorf also contributed. "It's an honor as always to be able to contribute and collaborate with Taylor, who never ceases to amaze and delight with whatever pen she's writing with," Aaron Dessner wrote on Facebook.
Scroll down to view images

“Getaway Car” on the Roebling Bridge

The song “Getaway Car” just screams sunglasses in a convertible on the Roebling Bridge. Bonus points for timing your listening for the bridge of the song to play ON the bridge.

Before "Getaway Car," "Red" was the unofficial driving anthem for Swift fans. The autumnal vibes of the song’s namesake album make fall the best time to listen to "Red," and U.S. Route 50 East the best place. The drive is breezy and beautiful, with loads of fall views as the trees change colors along the Ohio River. Let someone else focus on the road while you scream-sing from the passenger seat, because no amount of time will make what the fuck boy did to you any less shitty.

“Out of The Woods” at Perfect North

No, it’s not Aspen or Vail, but Perfect North is all we’ve got around here for real-deal skiing. Bring your fleeting lover here for a skiing date (bonus points if they have a British accent). Just make sure they know when to hit the brakes.

“Lover” on Moline Court in Northside

“This is our place, we make the rules” is probably what the owners of the darling houses on Moline Court in Northside said to one another when deciding on paint colors. The dreamlike, candy-colored Italianate houses are perfect for a stroll on the brick road with your lover. Listen to "Lover."

“Where You Left Me” at Arnold’s Bar and Grill

If the character in Swift's “Where You Left Me” were to sit cross-legged in the dim light anywhere, it would be at Arnold’s. Walking into the historic (and haunted) joint, one can picture the girl frozen in time in the corner, dust collected on her pinned-up hair. The building even has a history of ghosts breaking glass in front of customers. Este? Is that you?

This one’s pretty obvious, but since local indie darlings The National are on this track with Tay-Tay, we can safely say “Coney Island” is as Cincinnati as it gets. Find a bench, pop a squat and get good and gloomy.

Imagine, you just got into a fight with your sig-o. You storm out of your apartment, your AirPods in one hand and a delta-8 vape in the other. The fight was your fault, but you don’t recognize that until you’re at the end of your rage walk at the top Bellevue Hill Park at sunset looking at the miraculous view of damn near the whole city. You're somewhat stoned off legal mids, grooving to the ambient sound of owning your shit. You’ll go home and apologize – after one more listen.

It’s the kind of bar you discover a few years into the college experience. You’re no longer using a fake, but you’re also over the crowded scene at bars on the Banks and the big parties full of freshmen.

If Tay could live anywhere in town, it would be Mulberry Street. A tucked-away yet outstanding street full of historic colorful homes, the perfect spot to live out your romantic youthful years. Listen to "Cornelia Street." 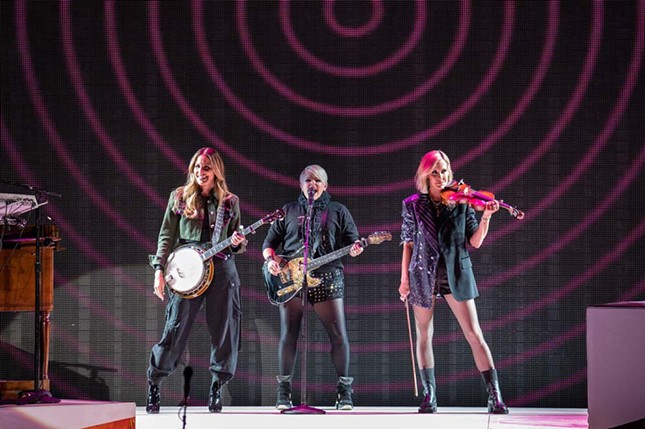