These days, it’s considered a bitter memory. Forty-four years ago, it was a universally declared nightmare for the Greater Cincinnati area when a giant storm struck the Ohio Valley and Great Lakes regions. From Jan. 25-27, 1978, it dumped up to 40 inches of snow in some areas.

On Jan. 26 of that year, the barometric pressure dropped to a record 28.81 inches — the type of reading associated with a hurricane. The wind chill that day reached 52 below zero.

The severe weather emergency was the result of a rare “explosive intensification” of a surface low pressure system. National Weather Service officials said the anomaly produced “some of the lowest pressure readings ever recorded in the United States mainland that were not associated with hurricanes.” Rain and fog were a precursor to blizzard conditions, which began in Greater Cincinnati as early as 1 a.m. on Jan. 26.

The severe blizzard blanketed Greater Cincinnati, Dayton and Columbus over the next few hours. Typical blizzard conditions include temperatures below 20 degrees and winds averaging 45 miles per hour. During the 1978 Blizzard, temperatures were in the single-digits and winds averaged 50 to 70 miles per hour. In Cincinnati, 6.9 inches of snow fell during those three days, but it accumulated on top of at least 14 inches of existing snow.

The blizzard came a year after another crippling winter in which the Ohio River froze for six days, then again for nine. Food shortages were perpetuated by a transit standstill. A report from the National Weather Service said farmers in Ohio reported $73 million in loss and damages. Thousands of volunteers mobilized to bring relief during the blizzard, but there were over 70 fatalities, 51 of whom were in Ohio. Causes of the fatalities include exposure to the cold as individuals were stranded in their vehicles or homes with no heat.

Here's a look at that life was like during those frigid days. All photos are courtesy of the Kenton County Library's Faces and Places: Northern Kentucky Photographic Archives. 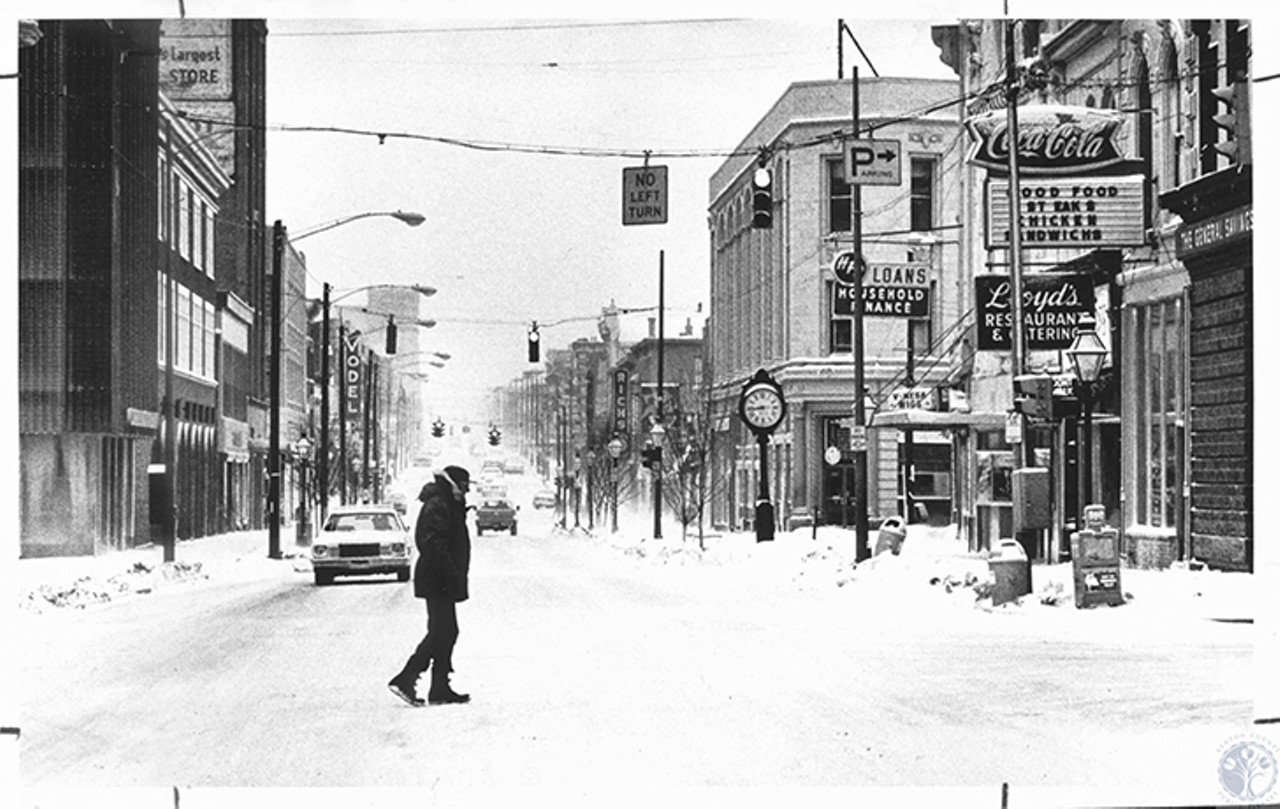 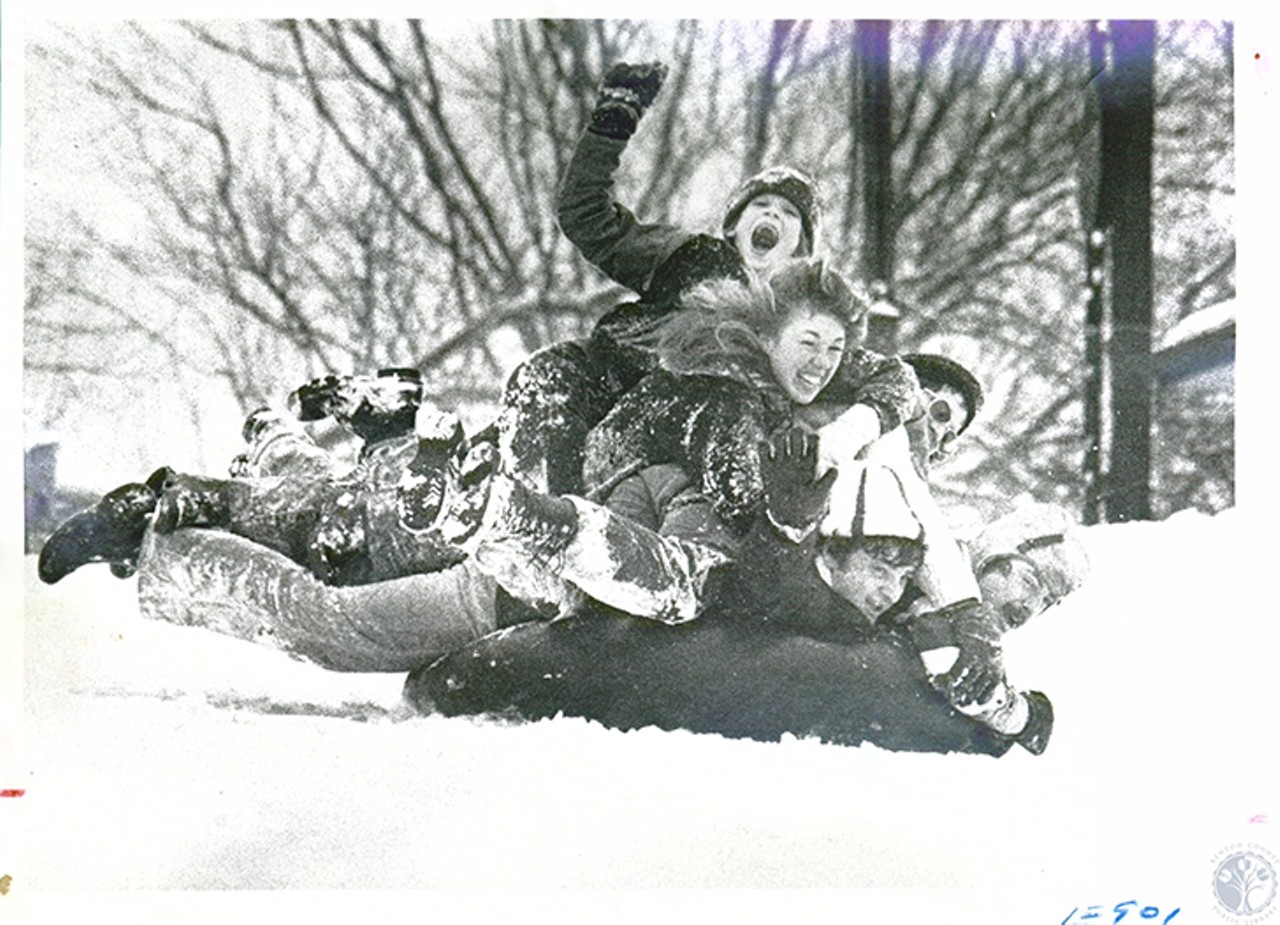 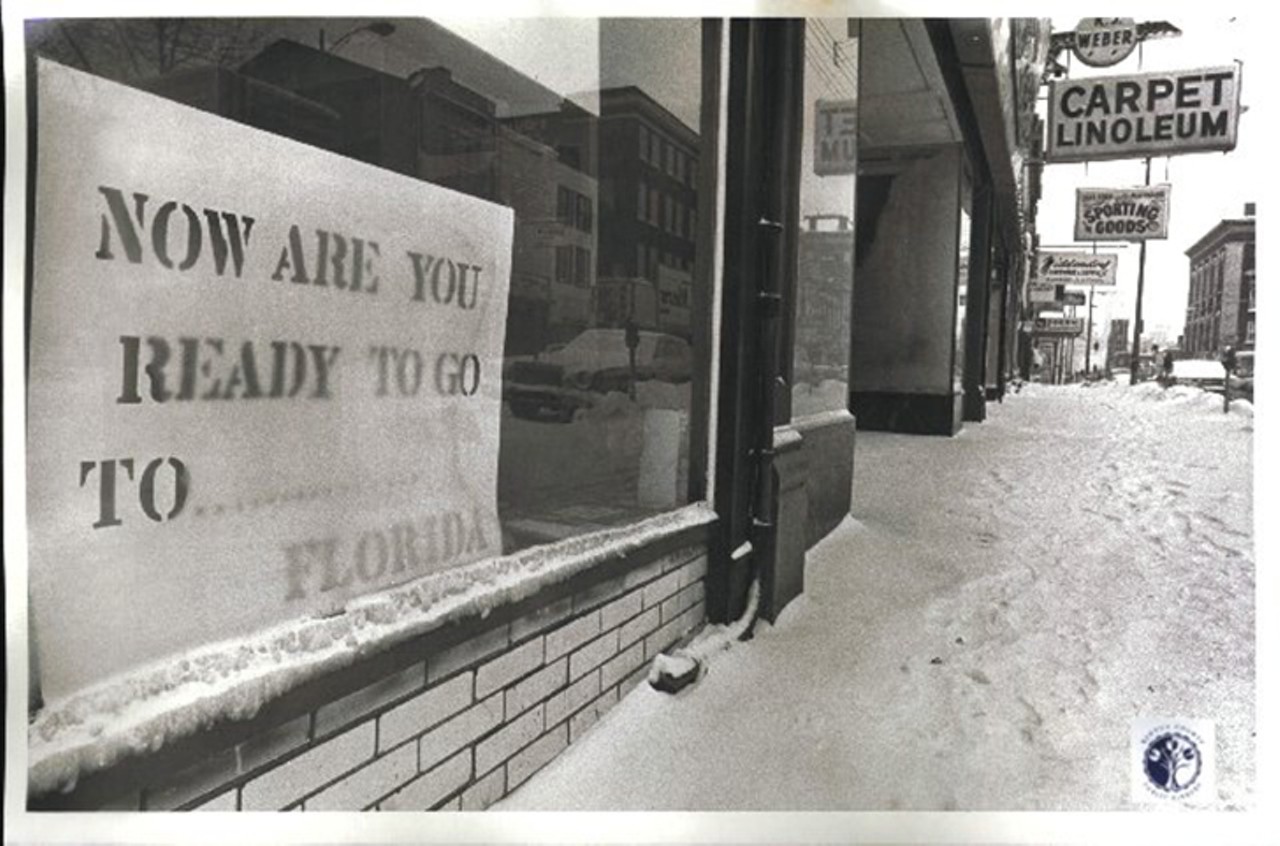 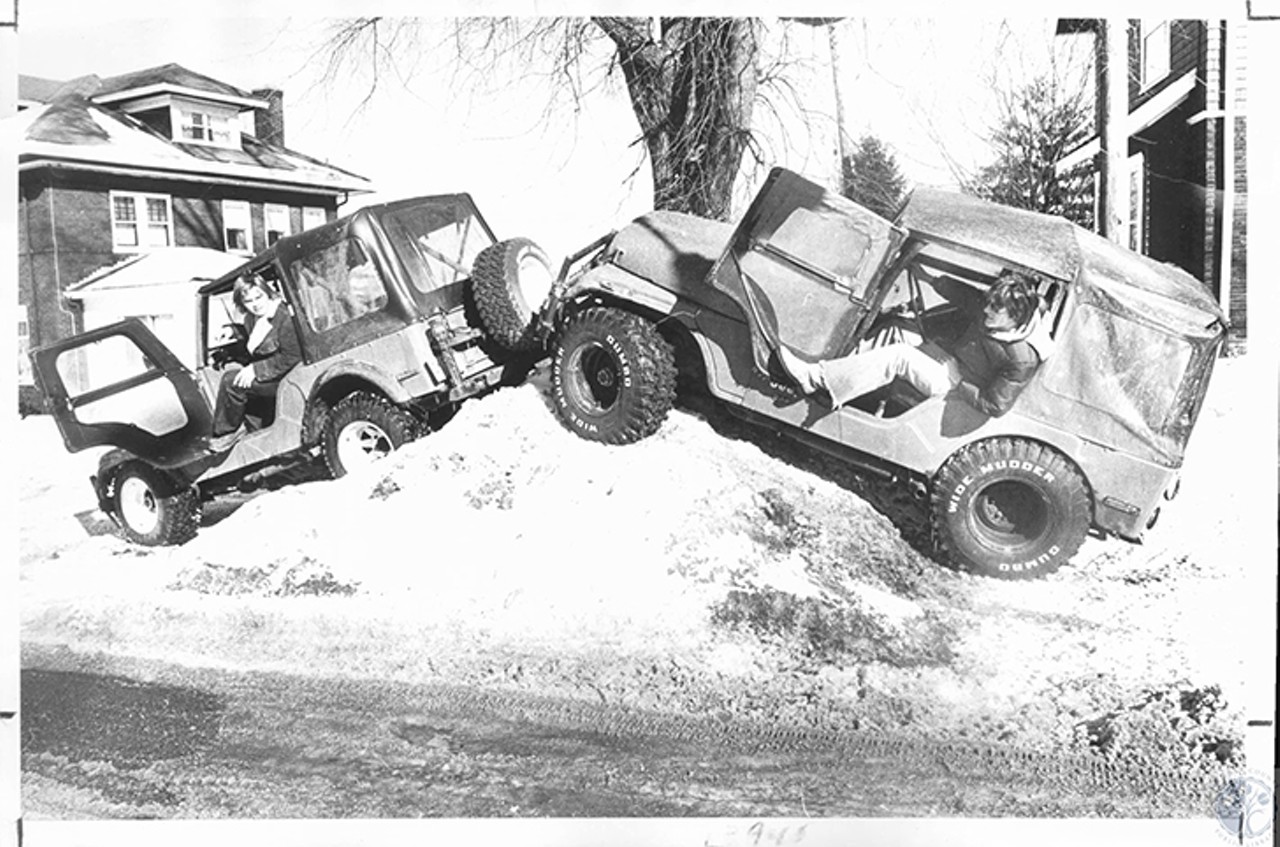 Photo: Provided by Kenton County Library
Fort Thomas
"Kevin Ruehl (19), Kevin McKenzie (19) seem to have found a way to beat the snow parking problem. This was taken in front of their house" 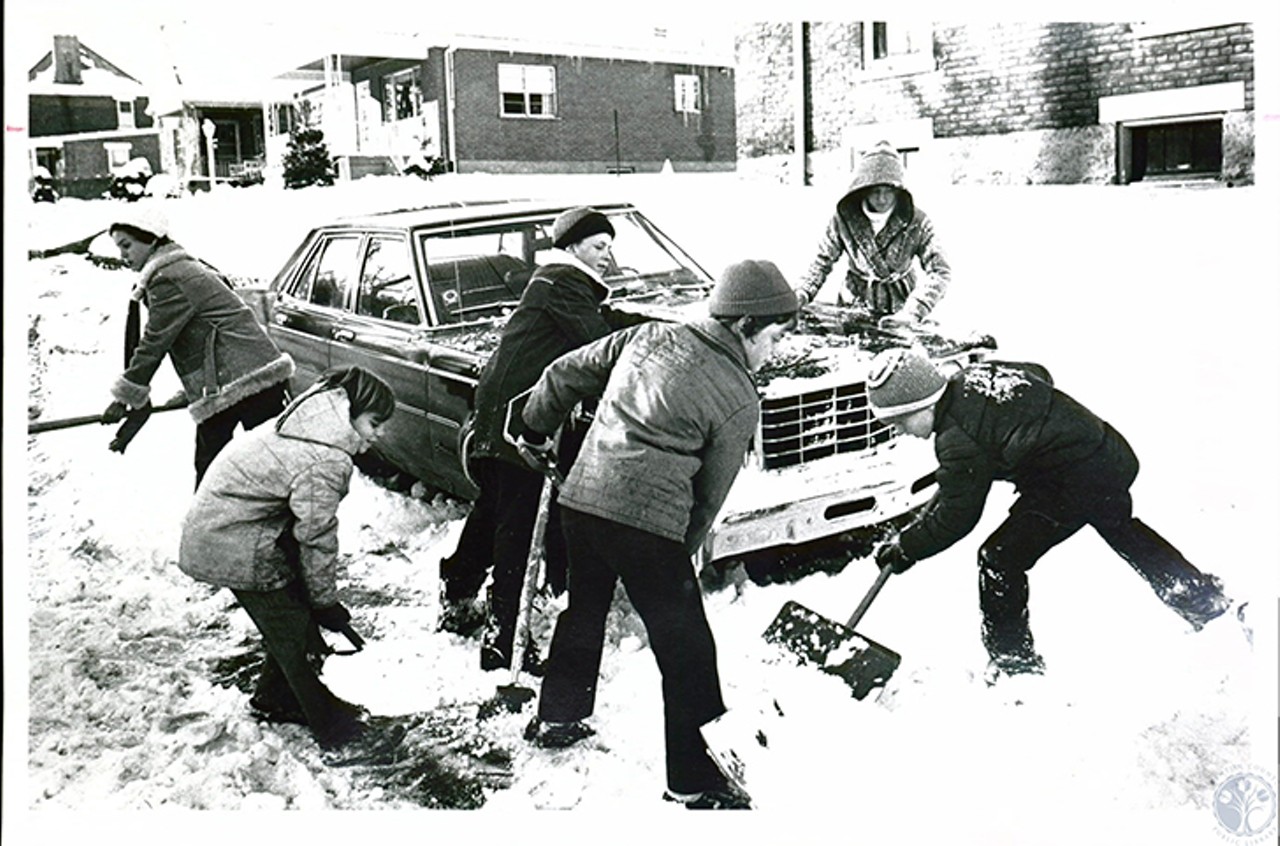 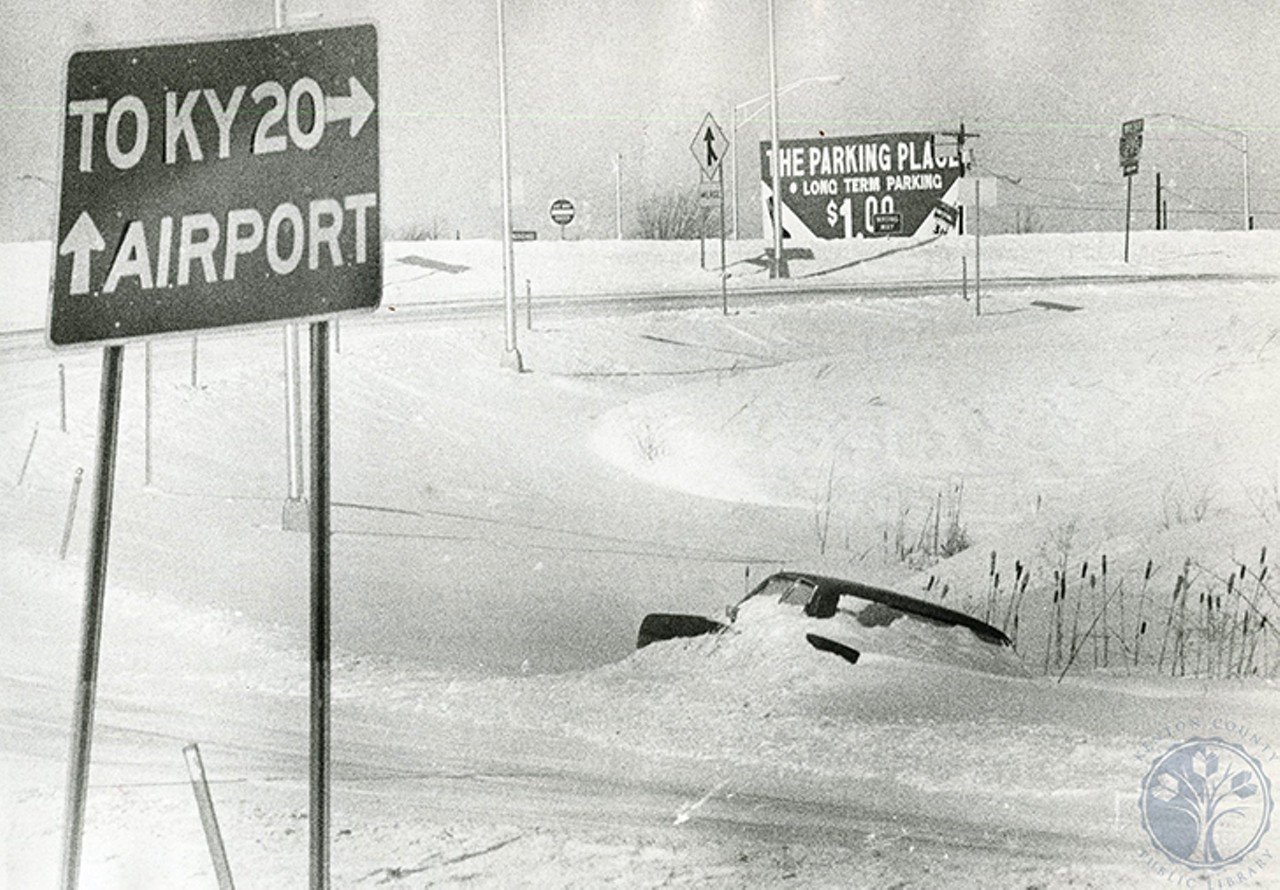 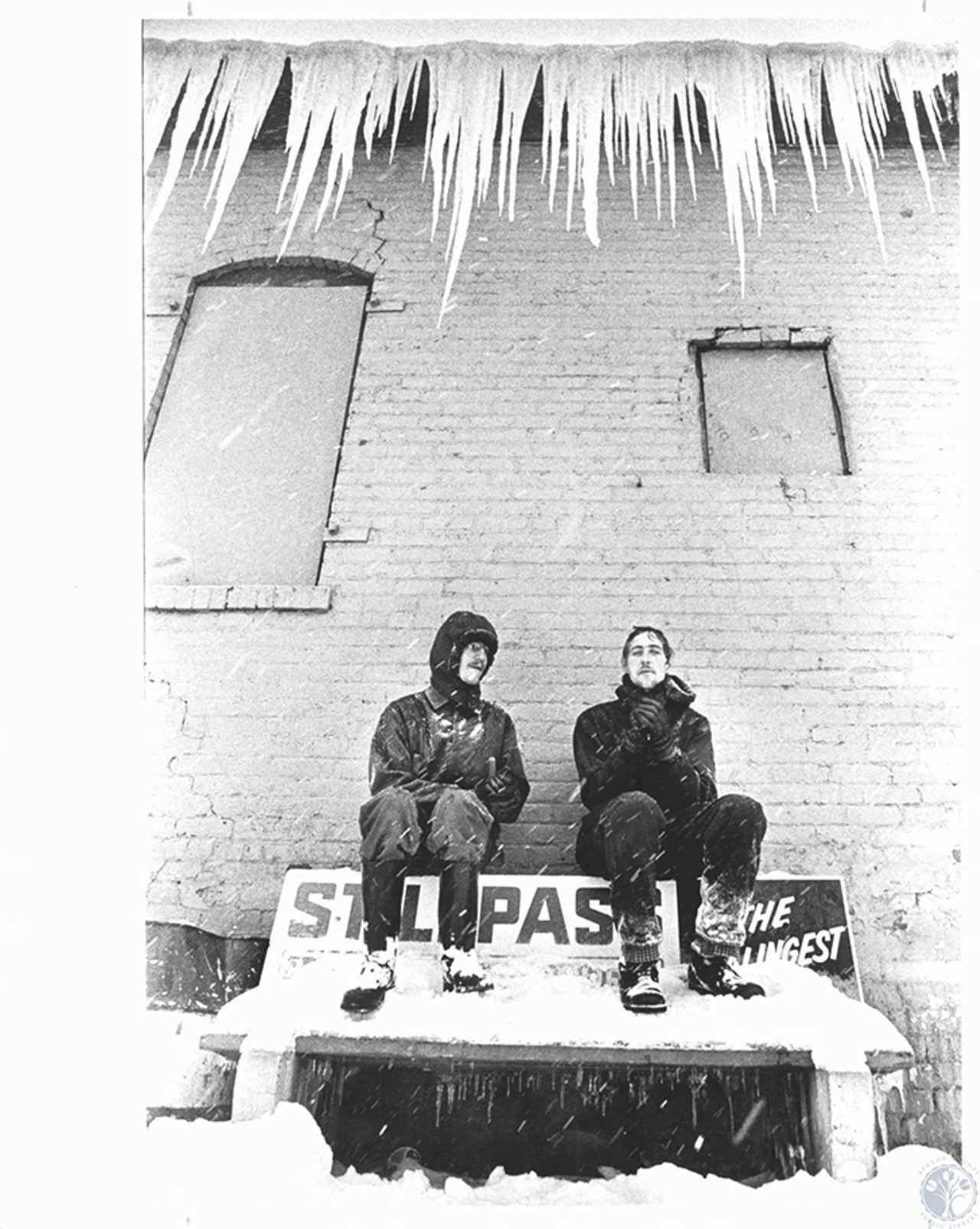 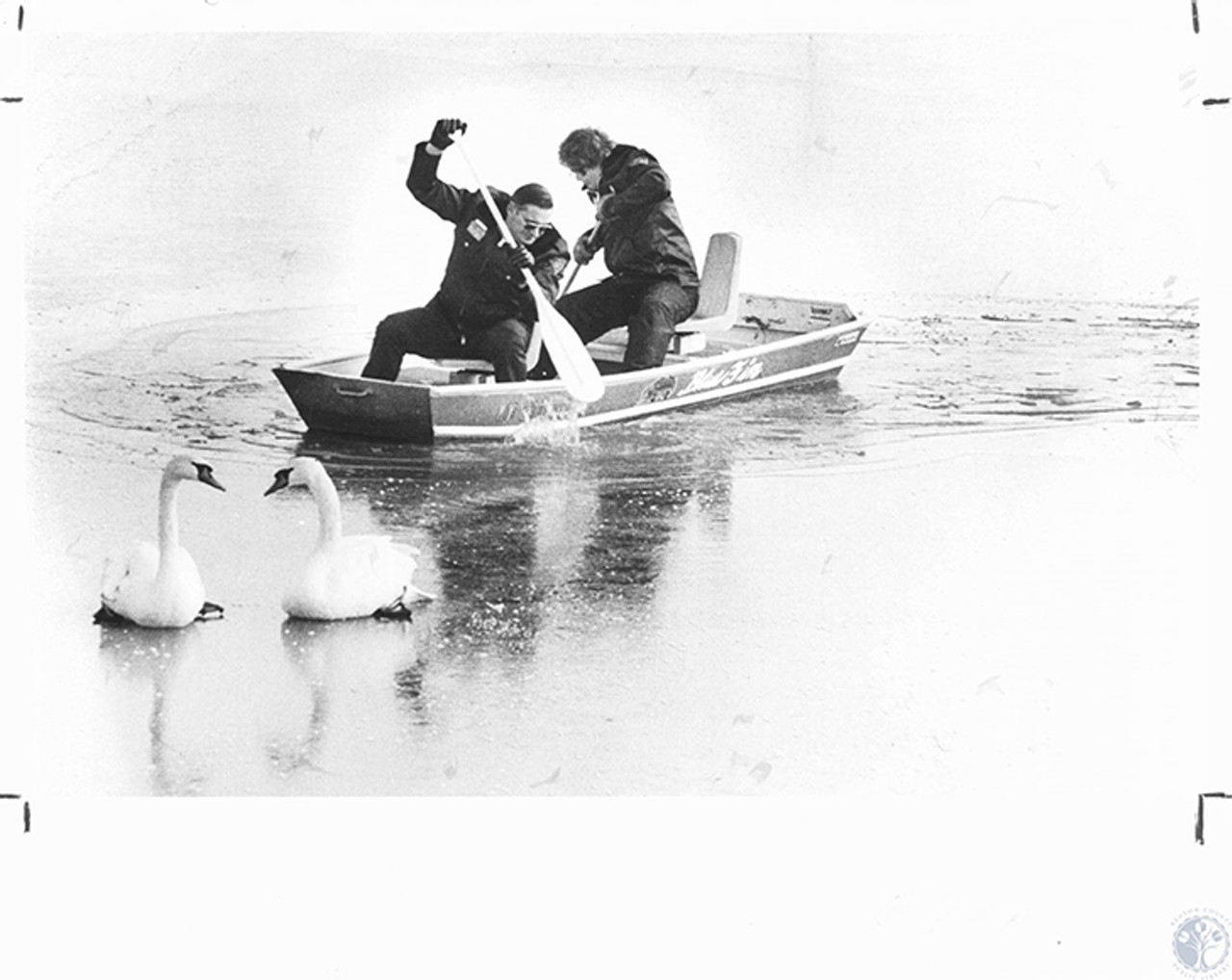 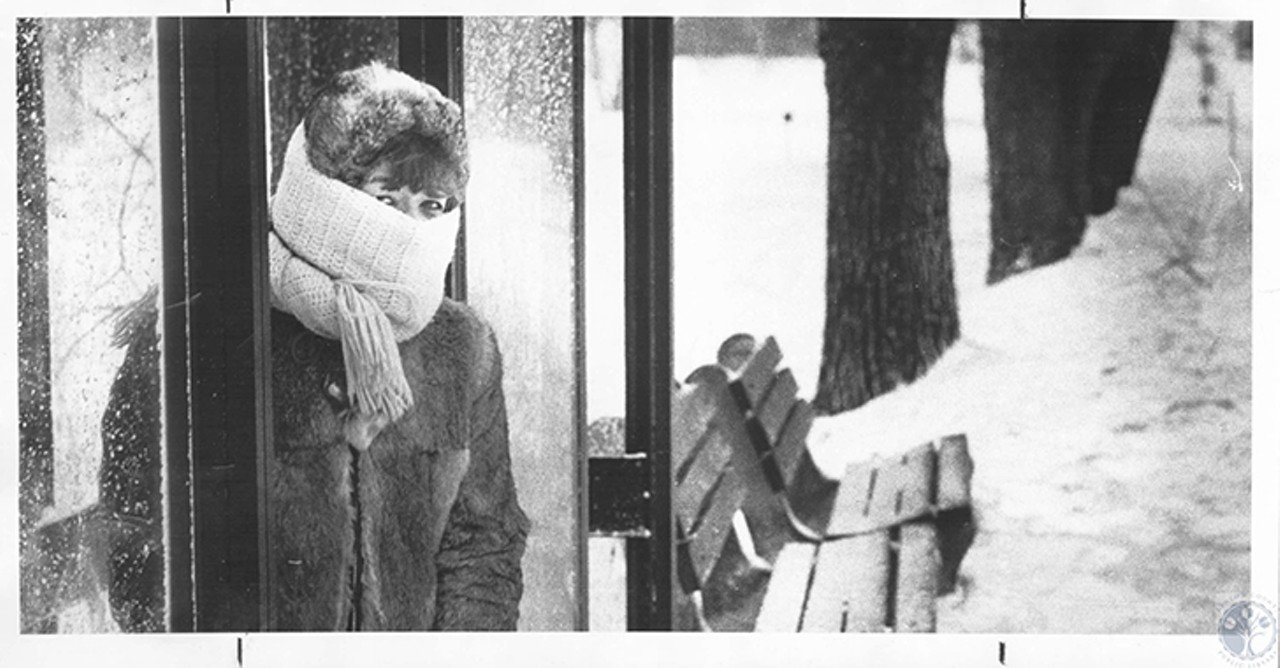 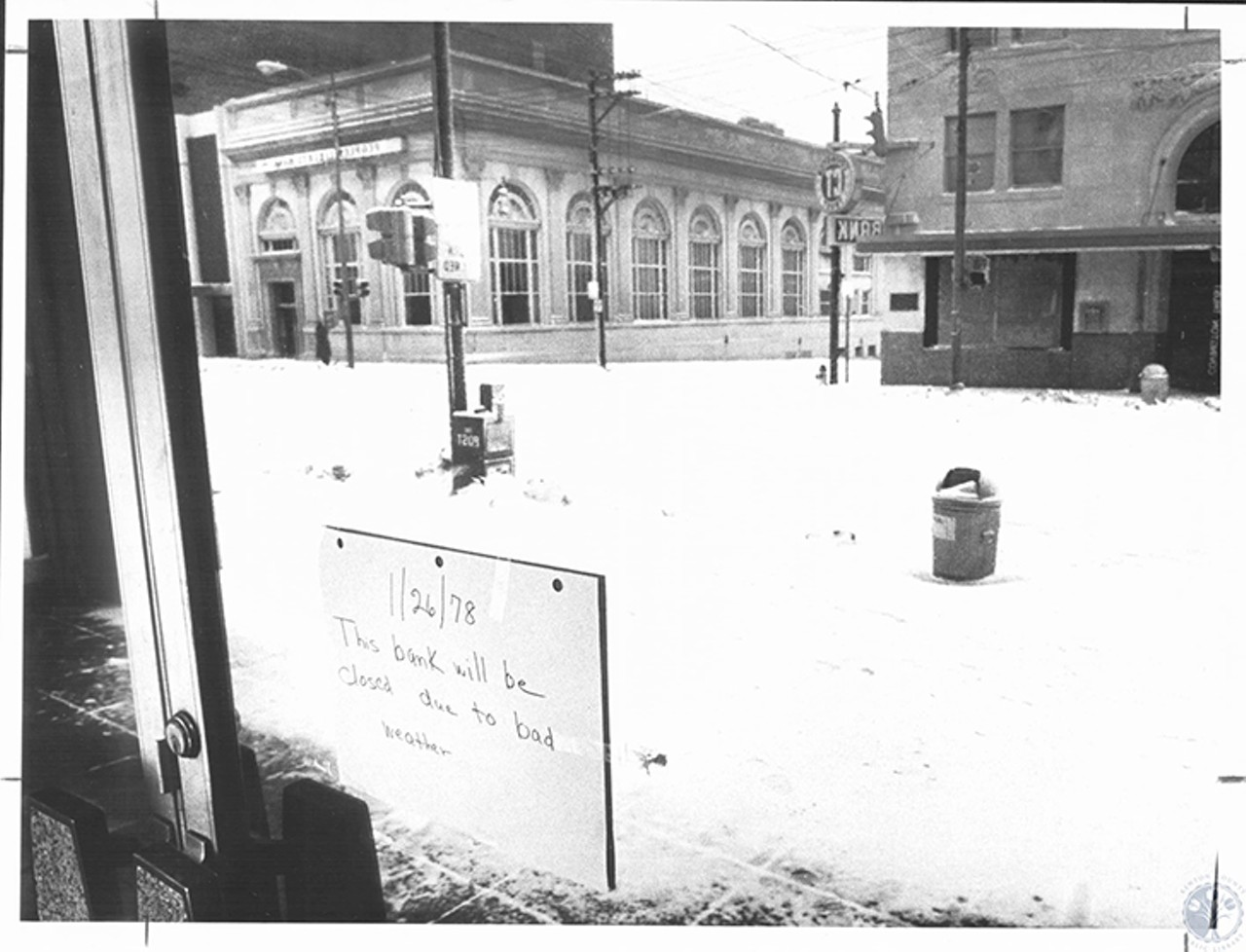 Photo: Provided by Kenton County Library
Covington
"View from First National Bank of 6th and Madison and banks closed due to weather"

Cincinnati May See Its First Snow of the Season Today