Sometimes changes happen so slowly in neighborhoods that we barely notice all the new things around us. But Google Maps' Street View lets you see the difference a decade has made for one block in Northside. If you navigate on over to the stretch of Spring Grove Avenue between Hamilton Avenue and Cooper Street and use the handy street view function, you'll notice a (seemingly unintentional) distinct change as you progress: a lot more boarded-up shops where current neighborhood fixtures like Second Place, The Littlefield and Arcade Legacy now stand. You'll also see signage for some departed businesses — R.I.P. Northside Grill and Alchemize. It's unclear why this section of the street reverts to Google Street View photos from 2007. But the effect — underscored by the lower quality of the older photos and the gloomy light present the day more than a decade ago when they were taken — is a profound reminder of how far this little slice of one of Cincinnati's most popular neighborhoods has come. Now, here's the thing: In other locations, Google Street View will let you toggle between various periods of time to see a similar effect (neat!) But here, on this little stretch of Spring Grove, it is only 2007 forever (or at least until Google fixes the glitch). Pretty great — or pretty terrible — depending on how your 2007 went. This isn't the only historic trick you can play with Google Maps. In the late 1950s and early 1960s, the city tore down a large section of the West End in the name of urban renewal, wiping many addresses and even entire streets off the map. But because Google apparently pulls from the Hamilton County Auditor's site, you can still search a few long-lost addresses and find the locations on Google Maps where they haven't existed for more than half a century. Try searching 649 Kenyon Street or 625 Cutter Street for examples.
Photos by Screen grabs via Google Maps
Scroll down to view images 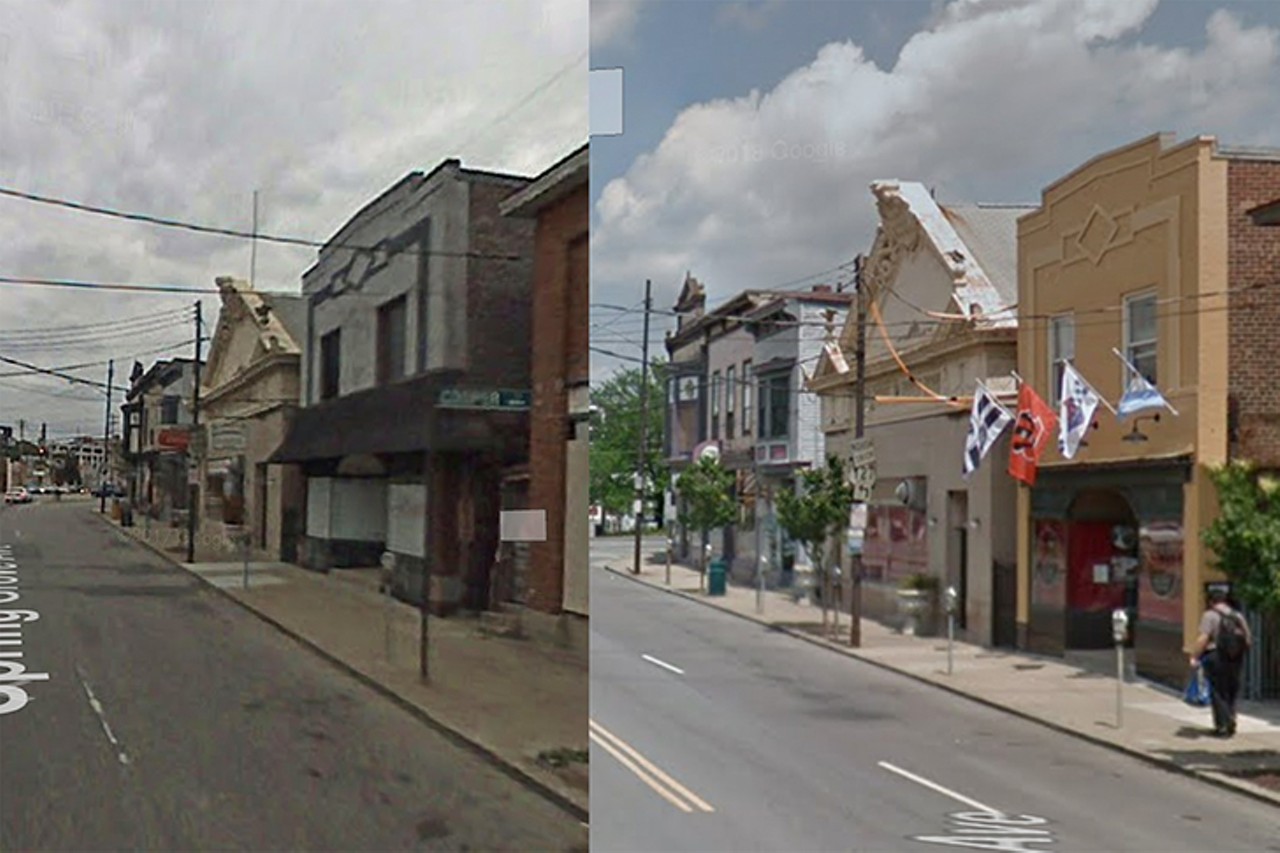 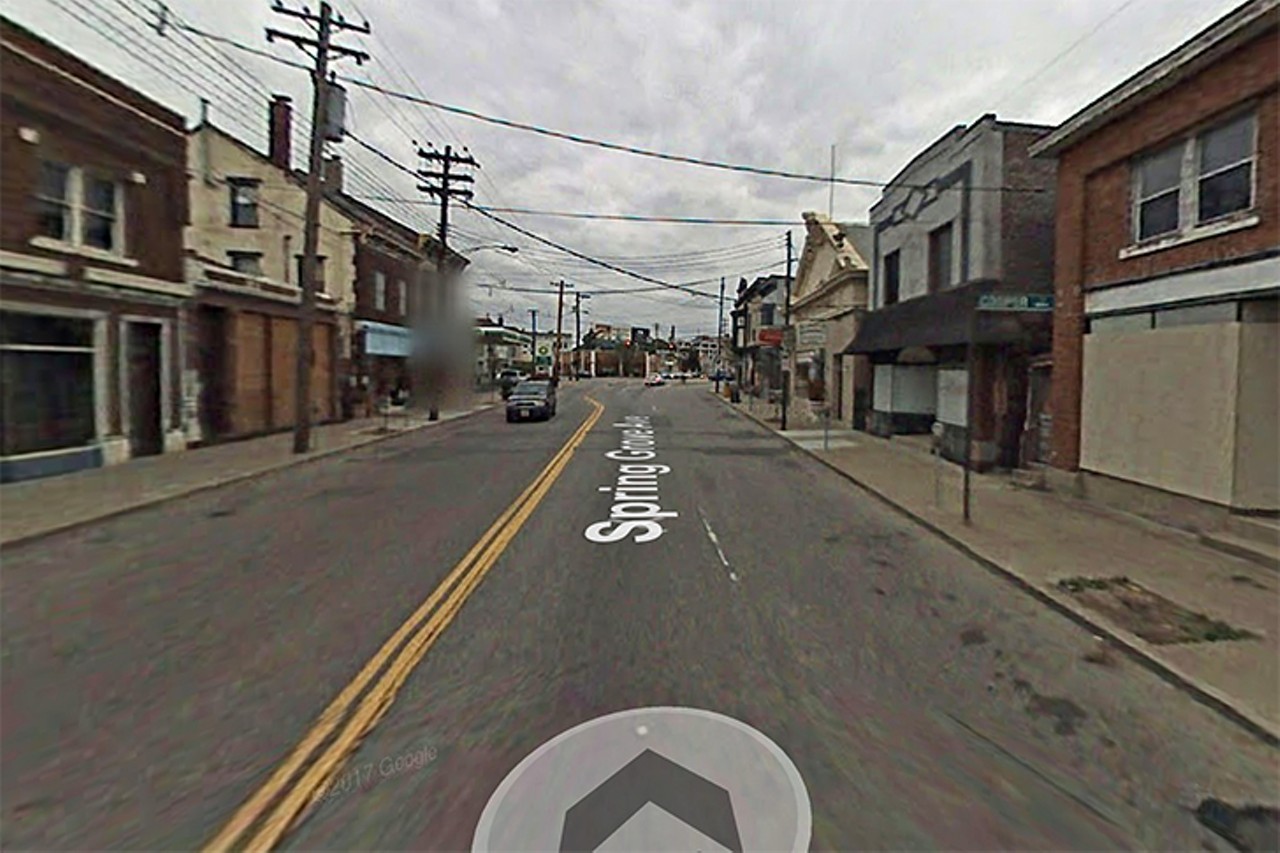 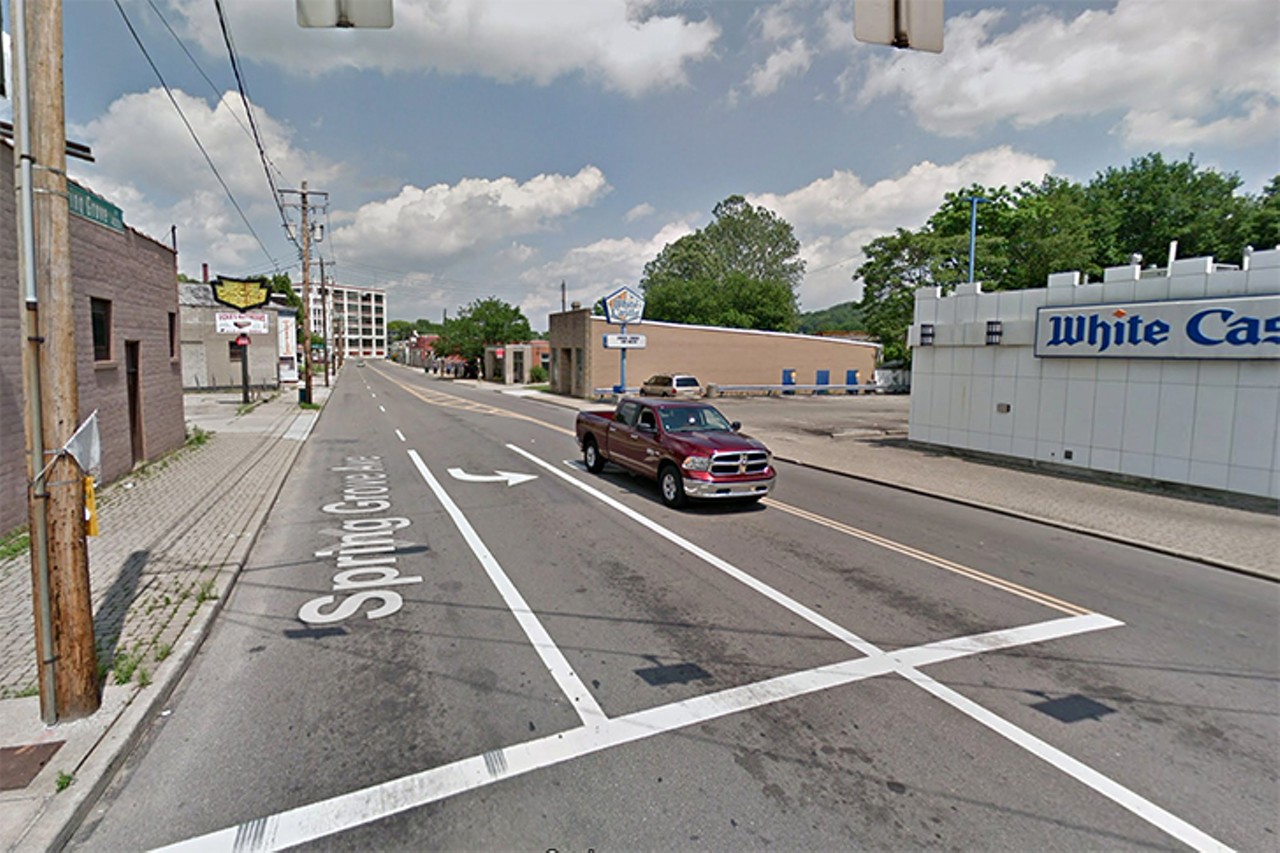 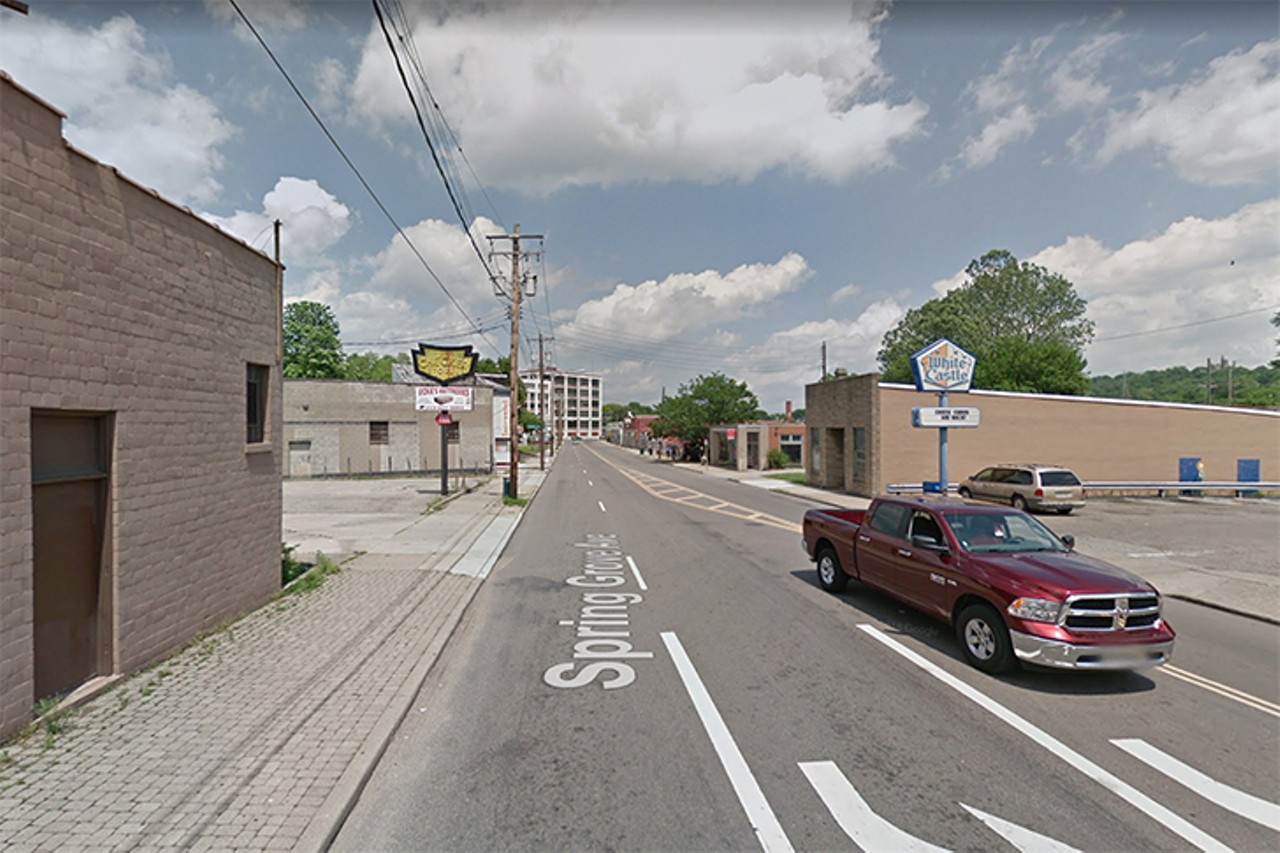 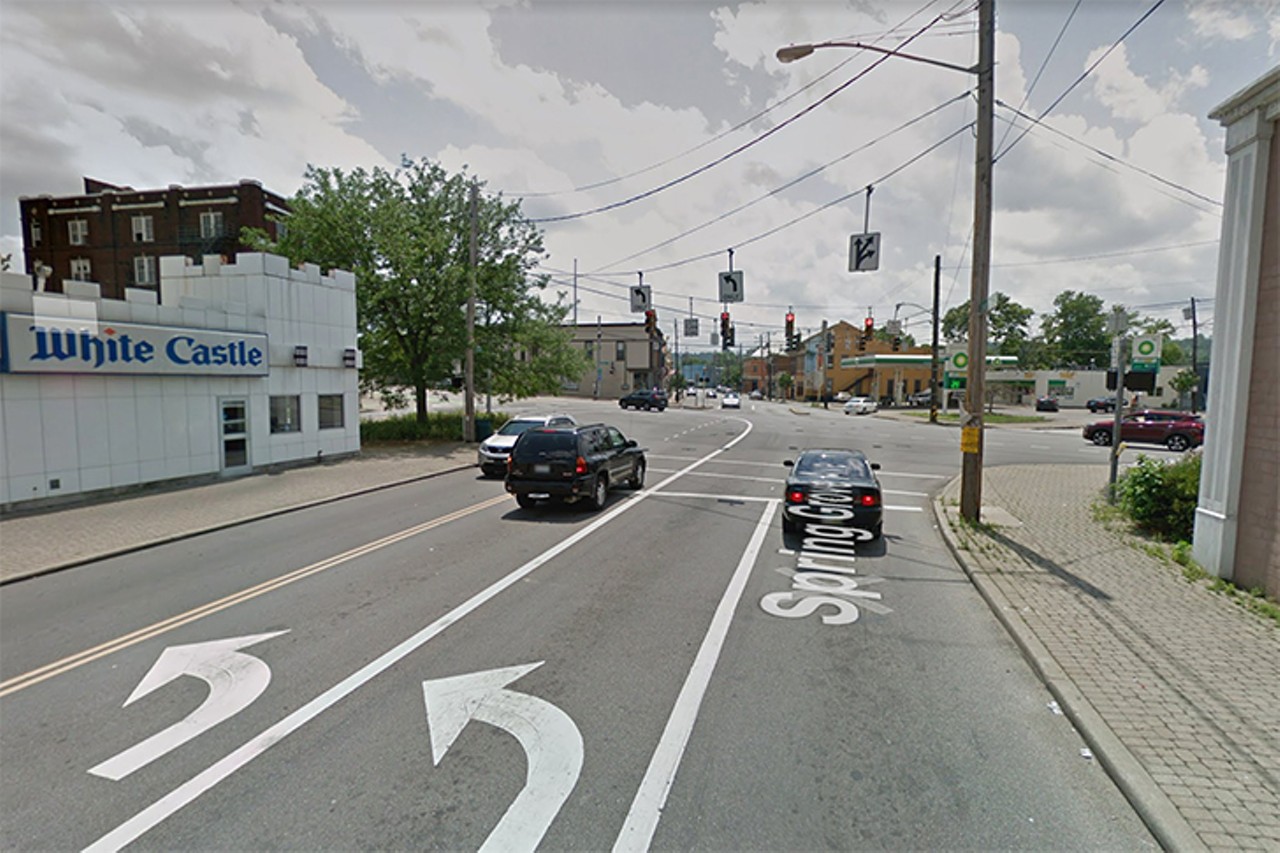 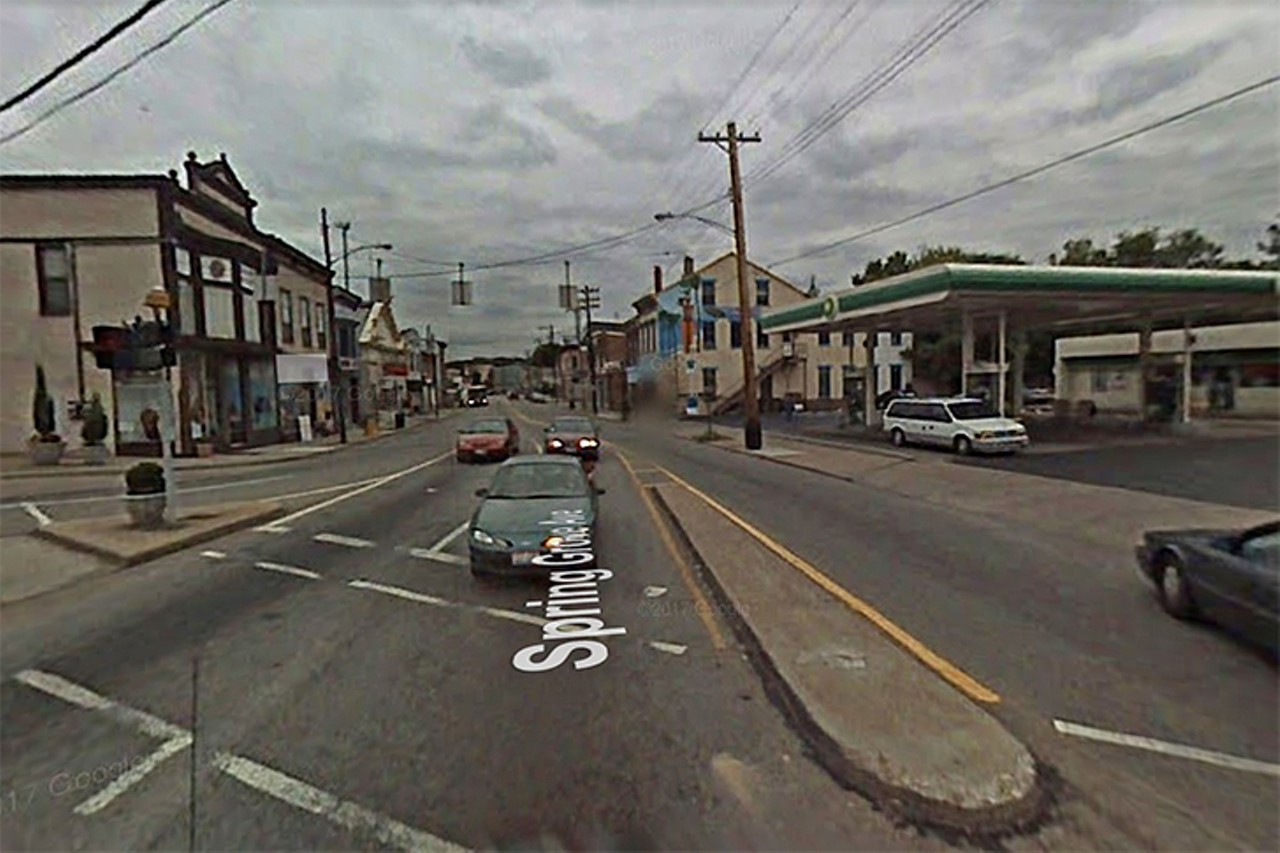 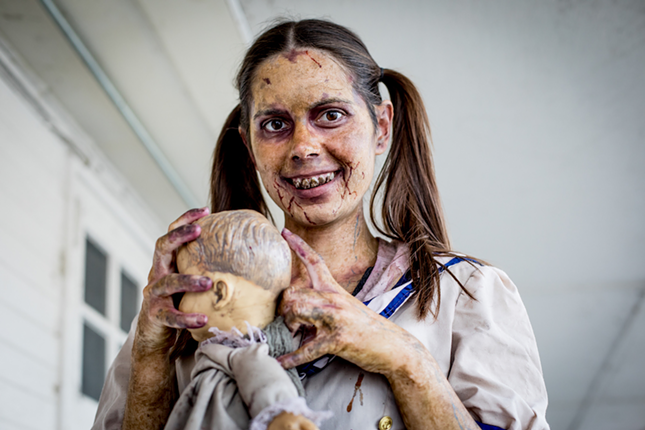