What to Eat at Over-the-Rhine's Classic Italian Restaurant, Nicola's

Over-the-Rhine's Nicola's has been a mainstay for high-end, authentic Italian cuisine for the past two decades. A celeb-spotting treasure, Nicola’s renown is undeniable. One of Cincinnati’s top, Zagat-rated restaurants, its menu of house-made pastas, gnocchi and creamy risotto are among some of the thoughtfully conceived dishes transporting patrons to the heart of Italy. In June of 2018, executive chef Jack Hemmer came on board. He had cooked at Nicola’s a few years ago and left for other local kitchens, including a stint as executive chef at Mercer OTR when it first opened. Hemmer, 30, has known the Pietoso family most of his life, so returning to Nicola’s as executive chef felt like a homecoming for all concerned. He and his team retained some fan-favorite menu items that he said “absolutely deserve” keeping, such as a couple of pastas — tagliatelle with Bolognese sauce and four-cheese gnocchi — along with a goat cheese salad. And since June, Hemmer has developed several intriguing appetizers, pastas and entrées. He said that on the fall menu he especially recommends the duck leg and octopus starters; tortelloni pasta with a mélange of ingredients that “balance savory, sweet, spice and acidity;” and a pan-seared branzino entrée. For the full review/interview, click here. Nicola’s, 1420 Sycamore St., Over-the-Rhine, 513-721-6200, nicolasotr.com.
Photos by Hailey Bollinger
Scroll down to view images

Hailey Bollinger
The hearty duck leg ($15) — the chef’s personal favorite on the current menu, prepared with farro, sweet potato purée and smoked grapes — could have been a main course. 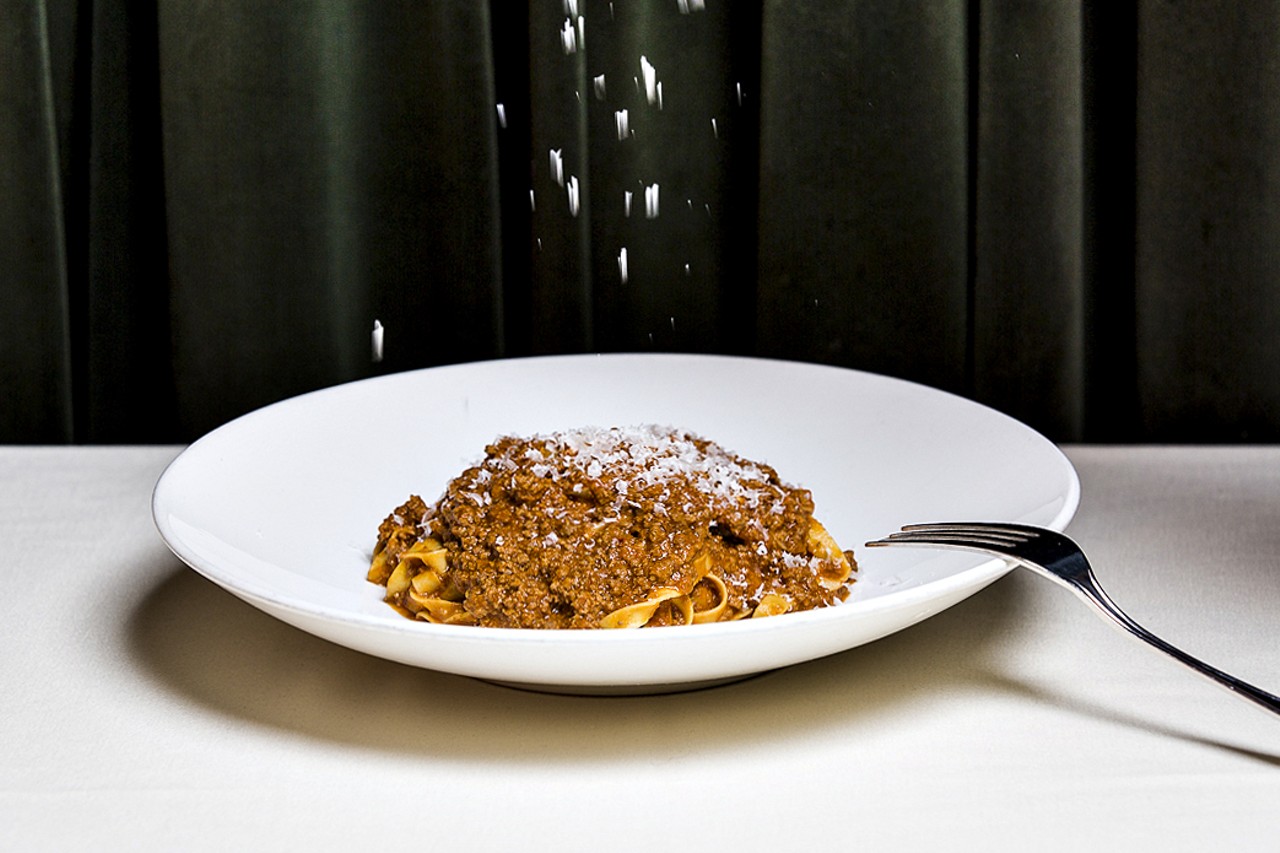 Hailey Bollinger
Atlantic sole ($34). The fish was tender and flaky, and was prepared with sautéed cauliflower, Marcona almonds and wine-soaked raisins.

Hailey Bollinger
Nicola’s gets lots of praise in online comments for its house bread basket, and for good reason. While it’s not complimentary — it will add $1.99 per person to the tab — the quality and variety of the focaccia, sliced Italian bread and crunchy breadsticks is well worth the small charge.

Hailey Bollinger
Over the years the upgrades have included lighting “that puts the food on stage,” curtains, much better furniture and new flooring.