Where to Eat Now

“Fine dining” used to be a term used exclusively for white-tablecloth restaurants — those with the finest ingredients, exceptional service and, usually, the bill to prove it. But today, Cincinnati’s dining scene is consistently raising the bar on dining out, whether for lunch, dinner or small plates and cocktails. Even the pizza parlors and sandwich joints are elevating the art of casual cuisine into a “fine” experience, with atypical preparations, fresh ingredients and attention to detail (minus the prix-fixe price tag). The following crop of highlighted eateries exemplifies some of our favorite of-the-moment restaurants — those that are new, trendy or just really, really good. It’s where to eat now.

After just six months in operation, this seafood-centric, Italian-accented spot has established a niche in O’Bryonville’s business strip, which is plagued with too many empty storefronts. A selection of excellent, homemade pasta dishes — including a popular black spaghetti with poached lobster — anchors the dinner menu along with several fish entrées. They’ve just added a raw bar, and the mostly Italian wine list includes uncommon selections that complement the menu quite deliciously. And don’t miss the toasted angel food cake dessert, served with fresh strawberries. It’s one of those things they just can’t take off the dessert list because there’d be too many sad patrons without it. Eighth & English, 2038 Madison Road, O’Bryonville, 8thandenglish.com.

Our historic city market is becoming a dining destination in its own right. Starting when Jean-Robert de Cavel opened his tres chic bistro, French Crust a year ago, a few other restaurants also have made it possible to enjoy meals even when the market is not open. French Crust serves breakfast, lunch and very popular weekend brunches along with Parisian-style dinners Thursday through Saturday. Quiches, croissants and pastries stand out here. Epicurean Mercantile Company — or EMC — opened earlier this year as a much-appreciated neighborhood grocer while also offering freshly cooked meals daily until 7 p.m. Order one of the 10-ounce burgers or a spectacular fried green tomato BLT and chow down indoors or on the patio. In September, Harvest Pizzeria OTR expanded from its three Columbus-area locations to occupy a corner opposite French Crust. It serves lunch and dinner six days a week. In addition to the good pizzas, go for the small plates and appetizers such as bruschetta and unusual salads. French Crust, 1801 Elm St., Over-the-Rhine, frenchcrust.com; EMC, 1818 Race St., Over-the-Rhine, emcotr.com; Harvest Pizzeria, 1739 Elm St., Over-the-Rhine, harvestpizzeria.com.

Some complain about the prices — $19 for a sandwich? But folks, we’re talking high-quality lobster rolls here. They make two styles, dubbed Maine and Connecticut. The former is a cold lobster salad on a perfect roll; the latter piles warm lobster on one of those rolls and oozes melted butter on top. You can probably tell which one I favor from that description, right? Other lobster treats include bisque, lobster mac-and-cheese and lobster BLT. Court Street Lobster Bar, 28 W. Court St., Downtown, courtstreetlobsterbar.com.

Speaking of authentic New England fare newly available here in the Midwest, we can now get for-real New Haven pizza. Yes, that’s a thing: thin-crusted, coal-fired, not very cheesy but loaded with olive oil and made by off-the-boat Italian immigrants and their descendants. It originated on Wooster Street in New Haven, Conn., which has been a pizza destination for generations. And now you can try it right here in the ’Nati in the newly opened Taft’s Brewpourium, the second location of OTR brewery Taft’s Ale House. Don’t miss the house specialty: white pizza with clams (clams, parmesan, garlic, parsley, extra virgin olive oil, pecorino and oregano). By the way, it’s pronounced A-BEETS by the Italian-Americans who run those Wooster Street pizzerias. Taft’s Brewpourium, 4831 Spring Grove Ave., Spring Grove Village, taftsalehouse.com.

Chef Shoshannah Hafner waxes poetic when talking about her style of cooking, which she calls “comfort food that is simple and artfully done.” And she cannot contain her joy that after three years of toiling happily enough in a tiny kitchen, The Littlefield will more than double her cooking space this fall with an expanded kitchen. Now she will have the space to smoke and braise meats and to add a deep-fryer for light fried foods. “Everything that we can possibly source locally, we do,” she says. “Because we have so many good local farms with greenhouses, we get a lot of great produce all year round.” The Littlefield has a unique neighborhood vibe — if there’s another place in town where the food and drink are this good and the ambiance is so casual and welcoming, I don’t know about it. With the larger kitchen, expect an expanded menu soon, too. The Littlefield, 3934 Spring Grove Ave., Northside, littlefieldns.com.

No contest, this was my favorite addition to the summer’s dining options, and I’ve been back several times — even though Pleasant Ridge isn’t in my usual orbit. Well before you sip or bite anything, you’ll be wowed by the artwork and décor — from displays of Mexican folk art to wall-sized murals (mostly on the façade outdoors) painted by Danny Babcock and a gorgeous dried-flower creation adorning the main upstairs dining room, handmade by Dana Burton. The food offers more than tacos — although those are delicious — and drinks that range from low-alcohol refreshment to complex, boozy spirits. (The mezcal old fashioned made with mole bitters is the stuff that dreams are made of.) All this in colorful, comfortable, varied surroundings both indoors and out. If you can resist the tacos, try the scrumptious sea scallops entrée. Casa Figueroa, 6112 Montgomery Road, Pleasant Ridge, casafig.com.

Another welcome addition to the ’burbs, this one is in a refurbished carwash on Springfield Pike in Wyoming and opened over the summer.  You’ll find a cozy, fun and very friendly experience thanks to the family-run operation by chef Caitlin Steininger — from Cooking with Caitlin, Steininger’s longtime catering business — along with her parents, sister and nieces. They do a down-home kind of shareable dinner menu on Fridays and Saturdays and brunch every Sunday. The bite-size biscuits may sell out before you get there, so go early. At least you can be sure they won’t run out of the fantastic Char Cheddar Burgers, covered in housemade cheese sauce. CWC, 1517 Springfield Pike, Wyoming, cwctheresaurant.com.

The name represents a tribute to the post office once housed in the building as well as to the beloved but departed La Poste restaurant that graced the same spot for a few years. Chef/owner Brad Bernstein did some renovations both inside and out and reopened in the late summer.  It’s Bernstein’s second restaurant, following Red Feather in Oakley, but it’s not a carbon copy of the Oakley place, by any means. “At Red Feather, dishes are centered around the protein such as pork chop, lobster tail or ribeye,” says general manager Steven Elbrecht. Postmark’s cuisine emphasizes “classic French and Italian preparations, integrating ingredients and flavors.” Look for weeknight happy hours with special, interesting wines paired with a small plate — “not pretentious, but refined,” Elbrecht says. As the closest thing to fine dining in Clifton or adjacent neighborhoods, it looks like a smart move. Postmark, 3410 Telford Ave., Clifton, postmark.restaurant.

24 Cincinnati Bars and Restaurants with Igloos, Heated Patios for Outdoor Drinking This Winter

These Cincinnati and Northern Kentucky bars, breweries and restaurants make drinking outdoors delightful, even when our weather gets frightful. From heated igloos… 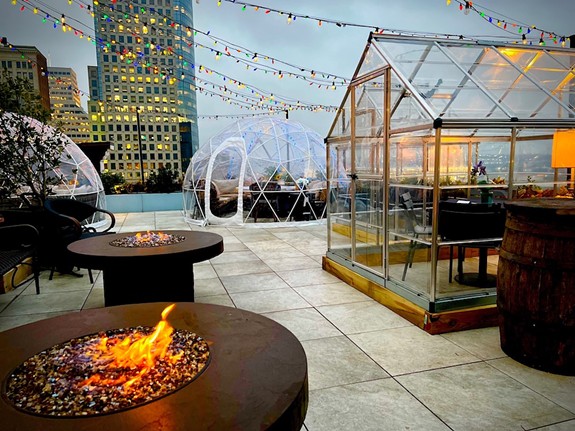 As Thanksgiving approaches, if you need to order a pie, dessert or rolls, you still have time, but hurry! Many Greater Cincinnati… 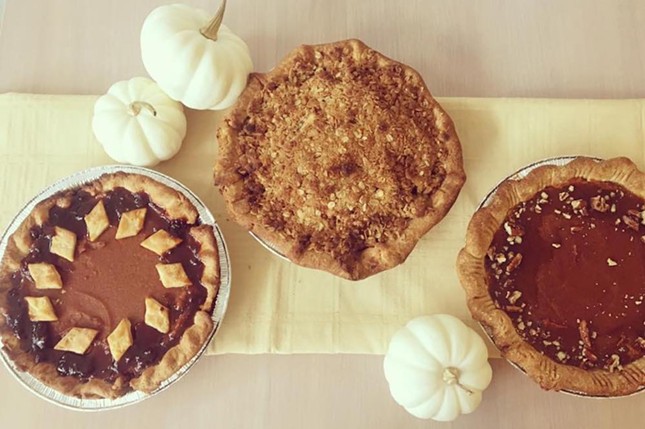 Photos: All the Delicious Food We Saw at the Annual Mac & Cheese Throwdown

Things got real cheesy as local restaurants competed in the annual Mac & Cheese Throwdown at The Phoenix on Friday, Nov. 11.… 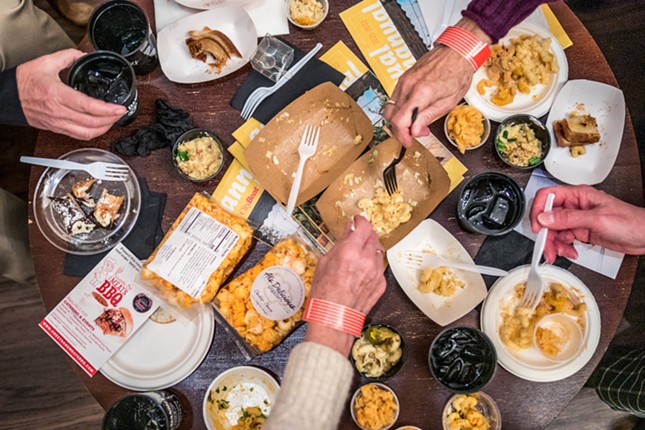 When your family and friends visit you in Cincinnati, you want to show the city off! And there may be no better…

All the $9 Pizzas You Can Buy During Cincinnati Pizza Week

Cincinnati Pizza Week is back from Nov. 7 to Nov. 13, and all week long you can enjoy special pizzas from participating… 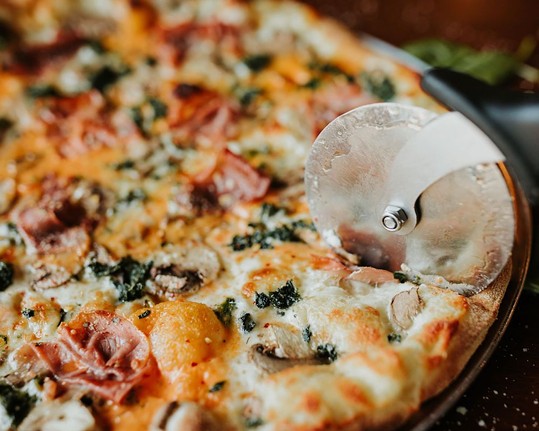 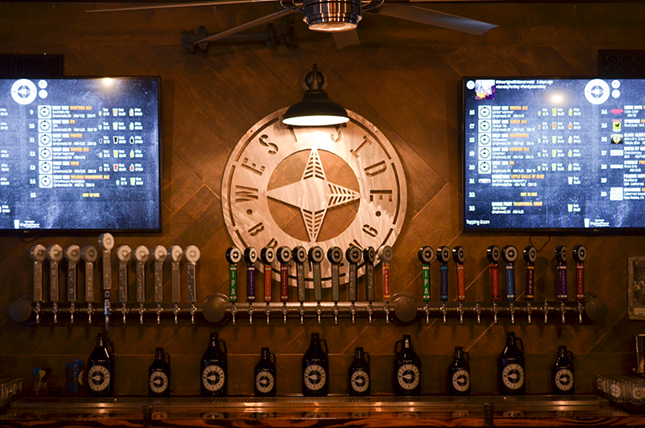