From the infamous — and controversial — pumpkin spice to other fall flavors like sweet potato and s'mores, here are a few brews to get you in a festive fall spirit. 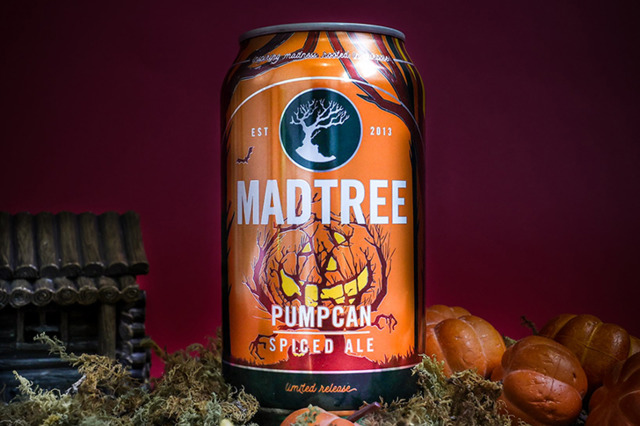 The flavors of fall have arrived — in coffee, in baked goods and, of course, in our frosty brews. Local breweries are ready to usher in changing leaves, campfires and spooky season with seasonal sippers perfect for cozying up next to a fire.

From the infamous — and controversial — pumpkin spice, to other fall flavors like sweet potato and apple, here are a few options to get you in a festive fall spirit.

Pumpcan is back, baby. MadTree announced on their Facebook page on July 30 that they were bringing back the beloved brew, which has not shown its festive face to the world since 2018. The spiced ale features "all the pumpkin pie flavors and spice without any actual pumpkin," the Facebook post says, and has a 7.9% ABV. The limited series Pumpcan ale is available in six-packs where you typically find your MadTree brews. 3301 Madison Ave., Oakley, madtreebrewing.com.

The squash-tastic beloved local collab between Braxton Brewing Co. and Graeter's Ice Cream features hints of pumpkin pie spice and pie crust and serves as the perfect cozy complement to the cooler days. And this year it's bigger than ever: the beer is now available in 1-pint cans. You can find Braxton's Pumpkin Pie Ale at Braxton breweries as well as your neighborhood grocery stores for a limited time. 27 W. Seventh St., Covington, braxtonbrewing.com.

Bad Tom Smith has brought back it's Cheating the Gallows Pumpkin Brown Ale on tap. Sip on the flavor of “freshly-baked pumpkin pie, blended with nutmeg, cinnamon and allspice, topped with vanilla and a tinge of chocolate.” 5900 Madison Road, Madisonville, badtomsmithbrewing.com. 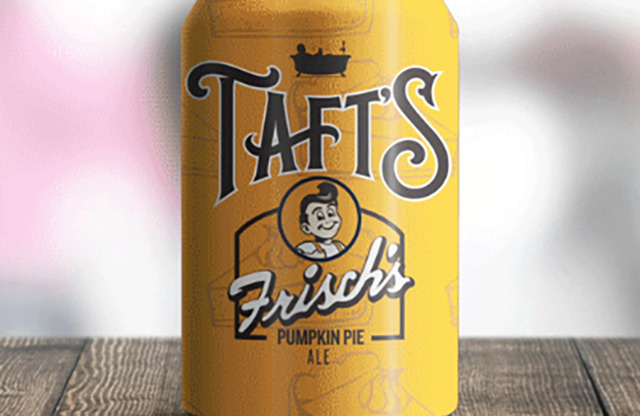 Frisch's Big Boy and Taft's Brewing Co. have once again teamed up to bring back their beloved Pumpkin Pie Ale. The seasonal brew features notes of cinnamon, ginger, vanilla and nutmeg, "with a malty profile for a smooth, rich finish," reads a release. A local staple dessert during the fall season, Frisch's has been seen selling their secret-recipe pumpkin pie for over half a century. Crafted in small batches in their Walnut Hills kitchen, the Cincinnati-based restaurant chain sells more than a million slices each year. Taft's Ale House, 1429 Race St., Over-the-Rhine; Taft's Brewpourium, 4831 Spring Grove Ave., Spring Grove Village, taftsbeer.com.

Flesh of the Pumpkin from Alexandria Brewing Co.

Nothing can introduce this beer better than the people at A.B.C themselves, as per their description of Flesh of the Pumpkin: ”Once a year we go searching for little pumpkins. After we find our victims, we rip out their innards and remove their skin leaving nothing but their sweet flesh. We then take that flesh, combine it with a Baltic Porter malt base and mash all that flesh right in. The fluid left is boiled with hops and pumpkin pie spices, put into a fermenter. It then has brown sugar added to make a beer that is fitting for the fall season.” 7926 Alexandria Pike #1, Alexandria, alexandriabrewingcompany.com.

Pumpkin Spice Latte Return Of The Mac from Streetside Brewery

Return of the Mac is Streetside Brewery's signature coffee blonde ale. And Pumpkin Spice Latte Return of the Mac infuses that favorite with flavors reminiscent of the classic Starbucks PSL. In the description of the beer, they advise drinkers to get their cans as soon as possible because it's only made once a year and is "extremely limited." 4003 Eastern Ave., Columbia Tusculum, streetsidebrewery.com.

This gose from Urban Artifact is a fun way to switch it up for cider drinkers, beer drinkers and gose fans. The brewery says, "The blend of crisp Ashmead Kernel apples and cinnamon make for a perfect fall beer!" It's available in six-packs at the Urban Artifact taproom, online store and local retailers. 1660 Blue Rock St., Northside, artifactbeer.com.

If we missed your favorite local pumpkin or fall-flavored beer, let us know at [email protected]