The boxing competition is back for year four 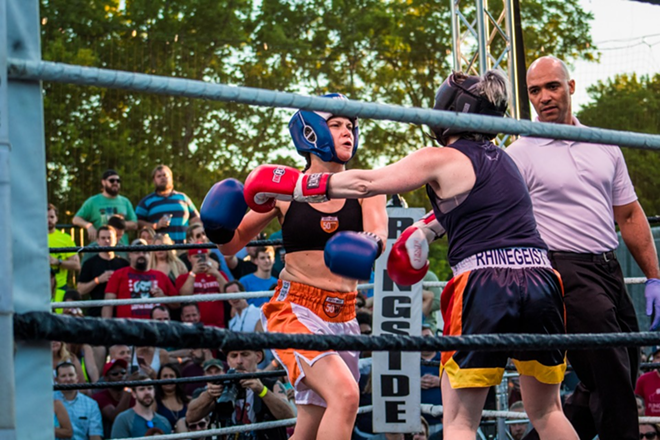 Fifty West’s Punch Out: Round Four will go down 4 p.m.-midnight July 13.

The annual event is a series of brewery-on-brewery amateur boxing matches where individuals from eight breweries go full-on Rocky to win bragging rights in the ring. You can cheer on your favorite local brewery/brewer while enjoying live music, local food vendors and 80-plus local craft beers on draft.

Tickets cost is $20 advance and $25 day-of, with $40 advance and $50 day-of for ringside seating. There are also limited tickets to access the BC Bottle Lodge tent, which includes early entry to the event as well as tastings of rare and specialty bottled brews.

This year's fighters are:

In addition to the fights, there will be many, many beers, including Punch You In The EyePA variants Mango Milkshake, Brut and Pineapple.

Other craft options include: