anana Leaf Modern Thai restaurant has so much going for it. The restaurant is located in a well-preserved historic building in downtown Mason. It is visually beautiful with boldly painted walls, stunning lighting fixtures and a spectacular gold-painted ceiling. Upon entering, there is a large but comfortable waiting area. Attention to detail is found everywhere, from the crisply pressed white linen to the attractive orchids placed on every table. The restaurant has a tasteful Asian décor and the service is polite and professional.

Everything is in place for this to be a great dining experience. Everything, that is, except the food.

The meal started out on a positive note. I ordered the Tom Yum Soup ($6 for a small; $12 for the large). There’s the option of adding vegetables, chicken or shrimp to the slightly spicy broth. I opted for the shrimp. The soup arrived in a sleek, modern bowl and was piping hot. The broth was rich and flavorful, the vegetables were fresh and the shrimp was simply delicious. Great start.

The first small sign of trouble occurred with our appetizers. My dining companion opted for the Tofu Tower ($8.50), which consisted of a Jenja-block of fried tofu served with cucumber relish and a delicate light peanut sauce for dipping. I ordered the Summer Veggie Roll ($8), which was a very traditional rice-paper wrap filled with avocado, basil, noodles and sprouts and accompanied by a refreshing citrus-based dipping sauce. There were three rolls and, while they were good, two of the rolls did not contain any avocado and were stuffed with way too many bean sprouts. No problem. It proved that the rolls were freshly prepared and anyone can make a mistake.

The real problem was with the entrées we chose. I was unable to decide on an entrée as the menu offers many dishes that sound interesting and delicious. Our server was very enthusiastic about the Thai Grilled Beef ($19), explaining that it was a new menu item that the Chef just let him try and he thought it was great. I always think it best to follow the advice of a trained server, but this time, wow, was that a bad choice.

The beef described on the menu as “tender beef marinated in soy and our special melody of seasonings grilled to perfection, then served with our flavorful spice sauce” in actuality was dry, overcooked beyond well done and tasteless, and the spice sauce just tasted like sea salt swimming in oil. Honestly, I have had better beef in a $3 frozen dinner. To make matters worse, it was served with a half-dozen raw green beans. Yes, raw.

My friend ordered the Thai staple of Drunken Noodles ($15 for chicken; $17 for shrimp), a much better dish. The vegetables were crisp and the sauce was spot on. The dish was ruined, however, by the consistency of the noodles. They were so overcooked that they were nothing but mush.

I also ordered a side of Baby Bok Choy ($4.50). I love bok choy, but the Banana Leaf presented me with a plate of wilted bok choy drenched in soy. I ate one piece and it was so salty that I had no choice but to send it back to the kitchen. Surprisingly, when my bok choy returned it had no sauce whatsoever and was simply steamed. This would have been fine, but — perhaps to punish me for returning a dish — instead of the nine or 10 pieces of bok choy that I had on my original plate, upon its return there were only three lonely pieces. And they were cold.

In an effort to salvage my meal, I decided on dessert. Banana Leaf offers several dessert options, including Lychee ice cream ($6), Molten Lava Cake ($8), Petit Fours ($7) and Coconut Creme Brulee ($9). I chose the creme brulée. The dish was nicely presented in a hollowed-out coconut shell but, again, it was style over substance. The custard was good but devoid of any coconut taste and there was a very heavy hand used on the caramelized top. Instead of the delicate shell that one usually expects, this was more like breaking through a frozen tundra to get to the custard. It was too thick and tasted like a type of brittle.

Overall, Banana Leaf Modern Thai could be a great restaurant. The elements are all there, but the execution is lacking. The prices are substantially higher than most Thai restaurants I’ve been to in the area and we left feeling that the value of the food did not justify the cost. I really hope that the owners work on the food to make this restaurant the star that its trappings present it to be. 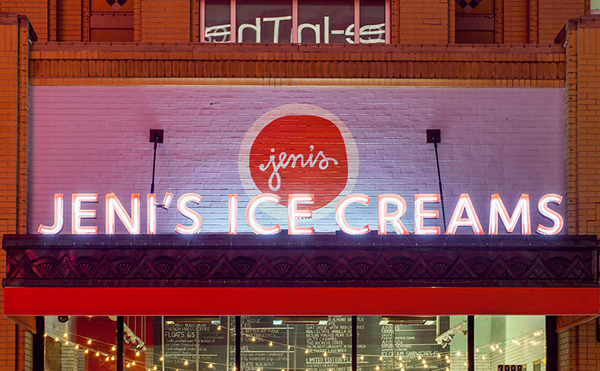