After a challenging few seasons at the market, Carriage House's owners have decided to focus business back on growing their farm 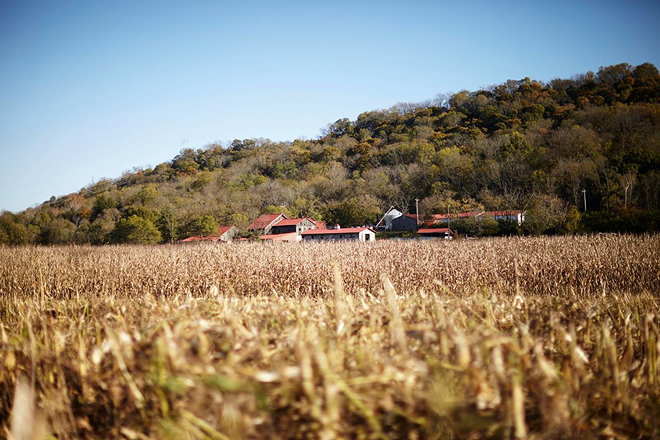 Carriage House Farm, based in North Bend, has said goodbye to Over-the-Rhine's Findlay Market. Carriage House was a devoted vendor at the historic market, but after a period of "poor economic returns" from the venture, the owners have made the decision to focus business back on growing their farm.

Farm manager Richard Stewart made the announcement in a heartfelt post on their website's Farm Journal, explaining the reasoning behind their difficult decision.

"With heavy hearts, we have recently notified the staff and board members of Findlay Market that we would be leaving the Farmers’ Market. Sales, for us at Findlay, have been down. We had hoped to weather the lull, but going into the second year of poor economic returns we saw a sudden fall off in business during, what is traditionally, the high point in the year for produce sales," Stewart wrote.

According to the post, there were many reasons that led to the decision. Stewart noted the recent changes around Findlay Market, with an influx of new restaurants and grab-and-go options, as well as parking struggles and the opening of the new downtown Kroger.

"With the renaissance OTR is experiencing and access via the new street car, (we thought) we would see a dramatic increase in business in the farmer’s market, but that has not been the case," Stewart explained. "We are not the only vendor to see such things, but our model of business at the market as farmers is probably the most vulnerable. So, this is all solely on us."

"With a change in local food trends and one of the worst weather patterns we have experienced in the region, we have had a lot of stress placed upon us," he added.

Moving forward, Stewart and his team will be spending time on their farming. Shoppers will still be able to find their favorite Carriage House Farm products at Avril-Bleh Meat Market, Dean Mediterranean Foods, ETC Produce, and Madison’s, as well as at their farm store, which offers farm-fresh produce, jams and jellies, honey and grains. Carriage House Farm also services more than a dozen area restaurants with produce and honey.

"I, personally, want to see us eventually come back, as part of a greater whole—maybe in a space occupied by several businesses that call Carriage House Farm home, a store front even: a collaboration of farmer, butcher, rancher, chef, author. For the time being, though, we are pulling up our tent stakes at Findlay and focusing on building the next chapter on the farm," Stewart concluded.