By People magazine and The Infatuation 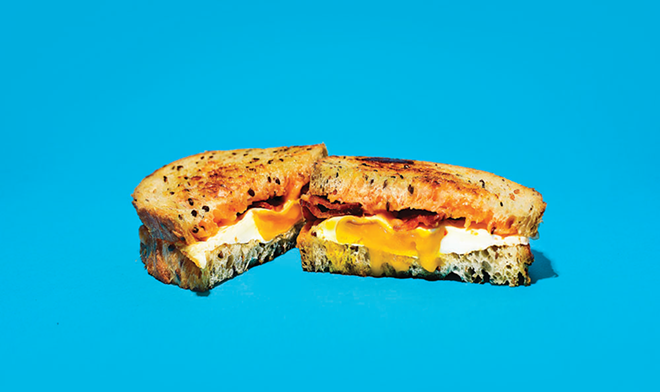 People magazine and restaurant review site The Infatuation have joined forces to release a list of the best sandwiches in all 50 states and Washington, D.C. and have named Cheapside Cafe's Breakfast Sandwich the best sandwich in Ohio. Yes, all of Ohio.

They determined their ranking by "considering (The Infatuation's) on-the-ground expert reviews and recommendations from writers and editors, along with independent diner feedback — paying special attention to eateries serving regionally-inspired dishes and using locally-sourced ingredients," says People.

The write-up of Cheapside, which is basically a literal description of the sandwich, reads:

Breakfast is served all day at this coffee house, where the specialty is their Breakfast Sandwich, made with a fried egg, crispy bacon and pimento cheese on multigrain bread.

If you've eaten the sandwich — one of six breakfast options served all day — you'll know it's a bit more than that: an indulgent soft-yolk fried egg topped with thick, crispy bacon and housemade pimento cheese on Sixteen Bricks multigrain bread. It's like sunshine on bread.

And if you're up for a drive, head to Louisville for Kentucky's best sandwich — a Hot Brown from Bluegrass Brewing Company: "an open-faced sandwich of sourdough topped with smoked turkey, tomatoes, bacon, mornay sauce, cheddar jack cheese and smoked paprika."