The fast-casual chain is taking its Southern-inspired eats to the West Side, and is offering free chicken salad for a year to the first 100 visitors. 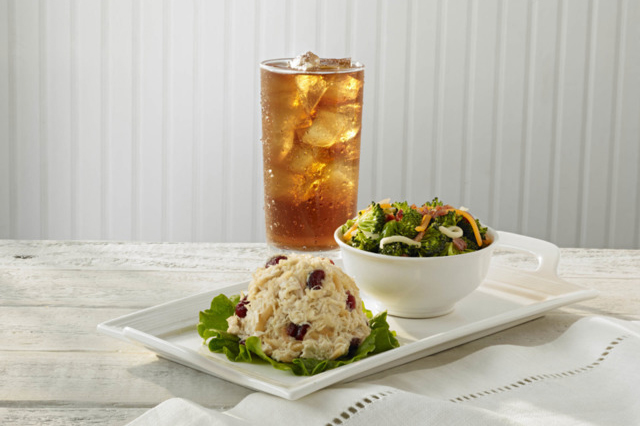 Greater Cincinnati will soon be welcoming its fifth Chicken Salad Chick location — and will be celebrating by offering some lucky folks free chicken salad for a year.

The fast-casual chain's new location in Western Hills is hosting its grand opening starting on Wednesday, April 21 and lasting until Saturday, April 24.

Other prizes will be given away throughout the weekend, including Chicken Salad Chick tumblers, cutting boards and tote bags.

More details and rules about the opening day giveaway can be found on the restaurant's grand opening event page.

As the restaurant name suggests, Chicken Salad Chick specializes in different varieties of chicken salad: traditional white meat with celery and mayo; Old South with sweet pickles and egg; Sassy Scotty with ranch, bacon and cheddar; Fancy Nancy with Fuji apples, seedless grapes and pecans...You get the idea. You can get the salad as a scoop or on a sandwich.

Chicken Salad Chick opened its first Greater Cincinnati location in 2019 in Anderson Township, and has since opened eateries in Oakley, Crestview Hills and Mason.

The forthcoming Western Hills location will be located at 3420 Werk Road.