Breweries are older, wiser and full of fun festival ideas 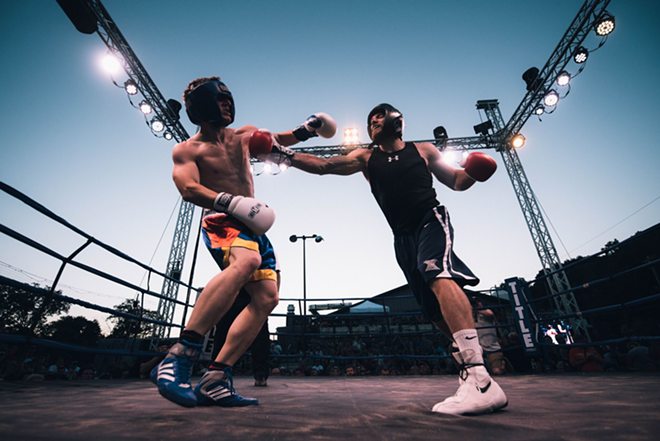 Summery beers, beer festivals and upcoming brewery anniversaries are here to enhance the sweltering heat. Rhinegeist just turned 5 with a big bash last week, and Nine Giant in Pleasant Ridge turned 2 with a full week of events. West Side Brewing will celebrate its 1-year anniversary with a weekend-long shindig starting June 29. And on July 21, Bellevue’s Darkness Brewing hits the 2-year mark with a party featuring live music, beer releases and food.

As for new beers, Rhinegeist released Cloud Five, a hazy imperial IPA. MadTree’s gin-like Joon is back on shelves, and their pilsner Mad Pils is now in cans. Urban Artifact’s Love Letter, a puckering peach beer, can be found in cans and on draft in their taproom. If you visit, you can even pen your own love letter via postcard.

• What could be more fun than throwing an axe at a non-human target? Covington’s new Flying Axes venue wants you to find out when they open on July 7 with free admission and Braxton beer. If you want to throw, it costs $5 for 15 minutes. You must wear closed-toe shoes and not be intoxicated in order to throw axes.

• With the addition of 3 Points Urban Brewery, Pendleton is becoming a happening place. On July 7, wander around 12th Street during the aptly named the 12th Street Shuffle and participate in drink specials along the way at places like Boomtown Biscuits & Whiskey and Queen City Radio. Tickets cost $10 — it includes a cup, drink specials and a raffle ticket — and benefits Give Back Cincinnati.

• Punch Out returns to Fifty West Production Works on July 7. Now in its third year, Punch Out matches up eight different breweries in the ring and they fight to the death. Well, maybe not to the death. Besides boxing, the event also offers around 80 local beers on draft, including Punch You in the EyePA. Tickets are $20 in advance or $30 for ringside seats.

• On July 12, Mt. Carmel pairs up with Inter Parish Ministry to host Christmas in July. From noon-6 p.m. those who feel charitable — and want to wear a Santa suit in the middle of summer— can bring a toy and also participate in a trivia contest. Registration costs $15 and includes two drink tickets.

• On July 15, Fibonacci wants to educate people about solar power through Solar ‘n’ Suds. Based in Milford, Icon Solar is one of the largest providers of solar power in the Midwest. They’ll teach you about solar, and Icon Solar will buy your first beer.

• Crafted Food, Beer & Music Festival hits Sawyer Point on July 21. Local restaurants will provide the food, and local breweries — including 13 Below, Brink and DogBerry — will provide 40 types of craft suds. Tickets range from $35-$85 and benefit the League for Animal Welfare.

• Pendleton’s Danger Wheel, aka a chance to get drunk and drive a Big Wheel down a hill, returns on July 28. It costs $100 per team of three, including “one ballsy driver that is willing to risk life and limb.” If you don’t want to risk your life, hang out, drink beer and watch others do so.

• Wiedemann — which just reopened in Saint Bernard after 35 years — is throwing a charity boxing event at Yeatman’s Cove on June 30. The beer part starts at 2 p.m. and features brews from Darkness, Bad Tom Smith and Woodburn. At 6 p.m., the United States Color Guard Ceremony will commence the boxing exhibition. Tickets range from $18-$55 and benefit the Semper Fi Fund.