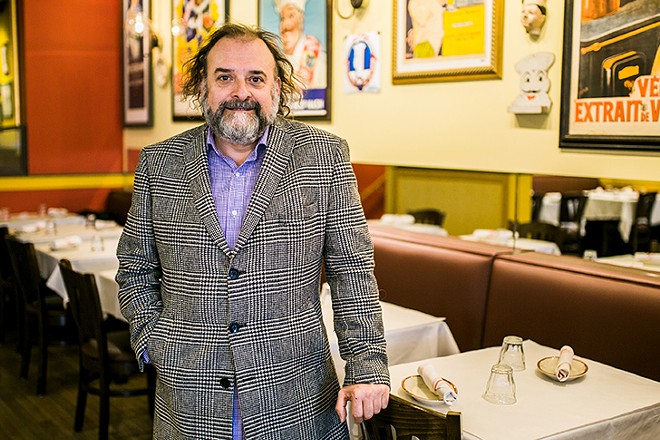 Chef Jean-Robert de Cavel, one of Cincinnati’s most celebrated chefs, passed away Friday, Dec. 23, according to a press release. He died peacefully in his sleep after a five-year battle with leiomyosarcoma cancer.

“[De Cavel] loved his adopted city, its people, and its sports teams. He was always available to help charitable causes,” reads the release.

De Cavel came to Cincinnati in 1993 after starting his culinary career in France. He worked his way to becoming the head chef de cuisine at Cincinnati’s La Maisonette, the longest-reigning 5-star restaurant in the United States, as well as going on to open multiple restaurants in the Queen City, including Table, French Crust and Le Bar e Boeuf.

De Cavel leaves behind his wife, Annette Pfund de Cavel, and daughter, Leticia. His family requests privacy during this time.

“Cincinnati will miss a wonderful, loving chef. But my daughter and I will miss our husband and dad the most,” Annette de Cavel said in the release.

Funeral arrangements haven’t been decided at this time.