Cincinnati is the Fourth Best City in America for Beer Drinkers

According to a study from SmartAsset

It's not just your imagination that there seems to be a brewery popping up on every corner in the Queen City. According to a recent study done by SmartAsset (some financial technology company that does studies), Cincinnati is the fourth best city for beer drinkers in America.

In 2012, the U.S. Census Bureau estimated that there were only 880 breweries in America (according to SmartAsset). But by 2016, that number had jumped to 2,802. Of those, 2,605 were microbreweries. Local beer website The Gnarly Gnome lists 50-plus local breweries in the Greater Cincinnati area alone.

But being able to walk out the door and toss a local beer in your mouth isn't the only reason Cincinnati is apparently a top 10 great beer city. Smart Asset looked at five specific factors in 300 different cities to determine their rankings:

Portland, Oregon ranked No. 1 and Fort Collins, Colorado ranked No. 10. Here's what they said about Cincinnati:

"Cincinnati is home to 25 different breweries (editor's note: we may disagree on that count), good enough for 14th. But due to a fairly large population, those 25 breweries equal just 8.3 per 100,000 residents. That leaves Cincinnati beer drinkers facing the possibility of sobering lines to get into their favorite brewpubs. One intoxicatingly attractive metric for beer drinkers in Cincinnati is the variety of beers on offer at breweries. The average brewery in Cincinnati has produced nearly 100 different beers."

Here's a big ol' visual with some more numbers and a full top 25. 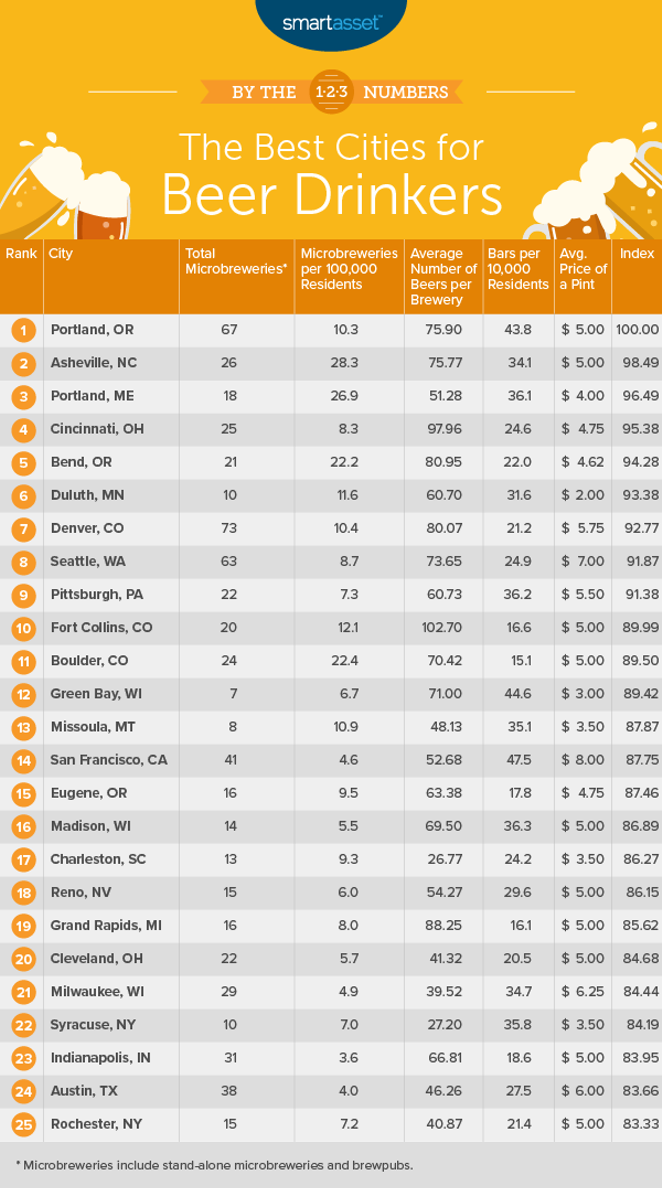