Cincinnati has had a craft brewing resurgence in the past decade or so with a new brewery seemingly popping up every year. But before this new wave of breweries, the Queen City was the king of beer with a booming brewing industry. Photo: Steve Hampton/Brewing Heritage Trail
An example of a sign from the tour

To honor that legacy, the new Brewing Heritage Trail — a two-mile hike through Over-the-Rhine past historic buildings, brewing sites, public art and more — introduces locals and tourists alike to Cincinnati's brewing history via guided tours, signage and an app with an audio tour, additional info, photos and "augmented reality" experiences. Spearheaded by the Brewery District Community Urban Redevelopment Corporation, a nonprofit committed to preserving and redeveloping the Cincinnati Brewery District, the project has received $2.2 million in donations so far.

The first phase of the trail opens this weekend with a celebration featuring three events: a Toast to the Trail dinner on April 25, a ribbon cutting on April 26 and a free immersive tour on April 27.

The events begin with the Toast to the Trail dinner which will take place on Thursday, April 25 at the Woodward Theater. Tickets are $100 and include dinner, two drinks, a limited-edition souvenir and access to a silent auction and a series of speakers with stories about how and why the trail was built. Tickets can be purchased online.

Photo: Steve Hampton/Brewing Heritage Trail
Another sign from the trail

The ribbon-cutting ceremony for the first phase of the trail takes place the following day, Friday, April 26, at Grant Playground (73 E. McMicken Ave.). This event is free and begins at 3 p.m. with Brewery District representatives, city officials and donors present. After the ribbon cutting will be a reception at Christian Moerlein Malt House Taproom (1621 Moore St., Over-the-Rhine).

The series of events will wrap up on Saturday, April 27 with a free immersive tour from 11 a.m. to 4 p.m. Included in this tour are informative signage, costumed reenactors, beer brewing demonstrations, breweriana displays, kids’ activities and more. This event is free but VIP tickets are $25 and offer bonus features like access to a historic saloon, the historic Hudepohl brewery and a bar deep inside the Schmidt Brothers/Crown Brewery cellars.

For more info on the Brewing Heritage Trail, visit brewingheritagetrail.org. 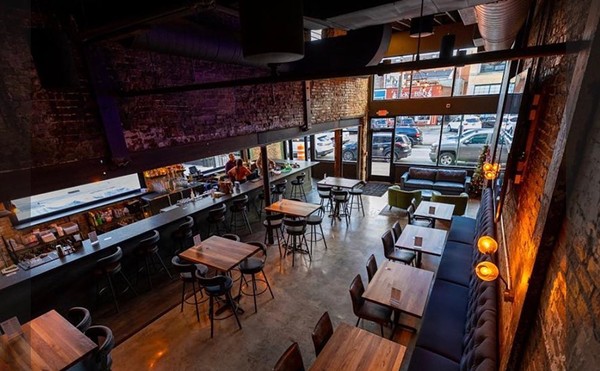