A travel website called Travel Awaits named the nation's top 15 creameries, and a Queen City favorite made the list 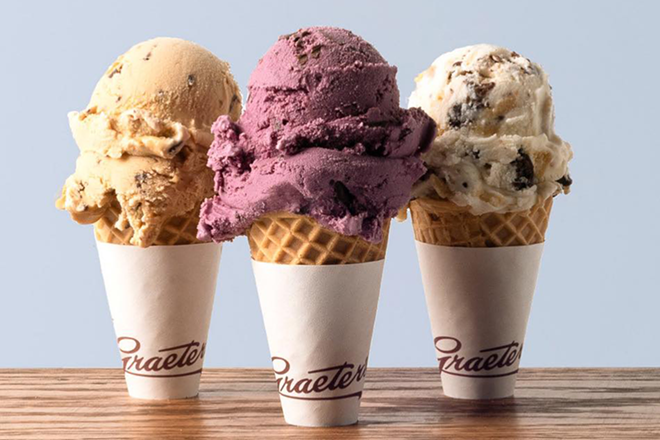 If you live in Cincinnati, or have visited, it's likely you're quite familiar with our century-and-a-half-old creamery chain Graeter's Ice Cream. But it's not just a Cincy thing. The French-pot style ice cream has grown to offer locations across Ohio and Kentucky and even popped up in Indianapolis, Chicago and Pittsburgh.

So it's really no surprise (to us, at least) that it wound up on a recent round-up of the United States' 15 tastiest ice cream shops.

The list was published by travel website Travel Awaits, and it highlights creameries from coast to coast, from both big and small towns alike.

Graeter's came in at No. 3, and the site featured a brief history of the ice cream shop and what its devoted fans have grown to love about it:

"In the mid-1800s, Cincinnati swelled as European immigrants flocked to the Midwestern city along the north bank of the Ohio River, manning its pork-processing plants and creating one of the nation’s most prolific beer-brewing towns. But German immigrant Louis Charles Graeter focused on a different industry: making ice cream by hand in French pots and selling it from food carts. Though the company is now run by the fourth generation of Graeters, the ice cream is still handmade in French pots, producing just 2.5 gallons at a time."

They also drop a quote by Oprah Winfrey, who declared the creamery's creations "absolutely the best ice cream I’ve ever tasted.”

Graeter's Ice Cream is well-known for its signature Black Raspberry Chocolate Chip ice cream, and the generous and decadent chunks of chocolate woven throughout the treat. Graeter's also offers pastries, cakes and candies.

Maine's Mount Desert Island Ice Cream came in at No. 1. Mount Desert is known for its unique flavors like Harry Potter-inspired butterbeer and fresh basil.