Cincinnati’s very own Rhinegeist Brewery landed itself at spot No. 25 on the Brewers Association’s Top 50 Brewing Companies by Sales Volume list. 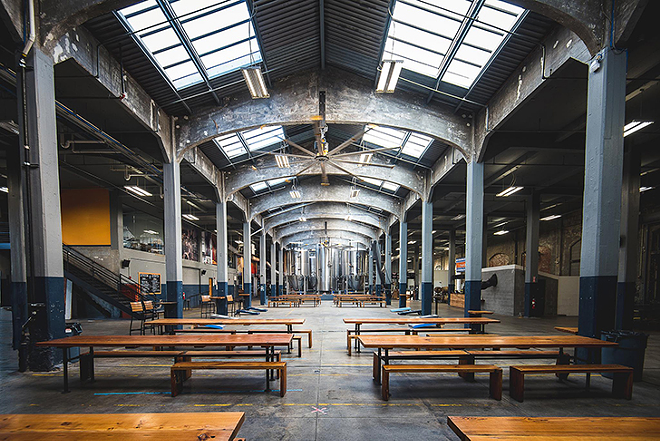 Cincinnati’s very own Rhinegeist Brewery landed itself at spot No. 25 on the Brewers Association’s Top 50 Brewing Companies by Sales Volume list.

Each year the Brewers Association, a nonprofit aimed at small and independent breweries, compiles information regarding the nation’s beer sales and production. On March 30, they released their top 50 list for 2020. Of those top producers, 40 were considered craft breweries.

The rankings were based on beer sales volume, according to diagrams from the association.

“The COVID-19 pandemic drastically changed where Americans purchased alcohol in 2020. Breweries who had established packaging and distribution capacity were best positioned to take advantage of the boom in off-premise sales and weather market uncertainty,” said Bart Watson, chief economist of the Brewers Association, in a release about the report. “These businesses also saw variation in performance based on geography and business model, with different parts of the country seeing very different beer trends, and draught-heavy breweries suffering.”

Rhinegeist, which landed itself at No. 25 on the list of top craft brewing companies, is located in historic Over-the-Rhine (housed in an old Moerlein bottling plant) and produces hoppy and sessionable ales along with a line of crushable ciders. The brewery was also named No. 34 on the Brewers Association's list of overall brewing companies.

Rhinegeist isn’t the only Ohio-based brewery to make the list. Cleveland’s Great Lakes Brewing Company was ranked No. 22 and BrewDog Brewing Company, which has taprooms in Cincinnati and Columbus, came in at No. 41.

According to the Brewers Association, there are approximately 8,764 craft breweries within the U.S. in 2020, an "all-time high" for the industry.

Beer volume sales dropped by 3%, and while 716 craft breweries opened last year, 346 closed. This makes Rhinegeist’s inclusion on the 2020 Top 50 U.S. Craft Brewing Companies an even better reason to raise a glass.

Photo: Courtesy of the Brewers Association
A diagram of the top 50 U.S. Craft Brewing Companies