A new Lydia — former manager of Newport on the Levee's Cosmic Coffee — is taking the reins, featuring a less expensive menu and "same great vibe" 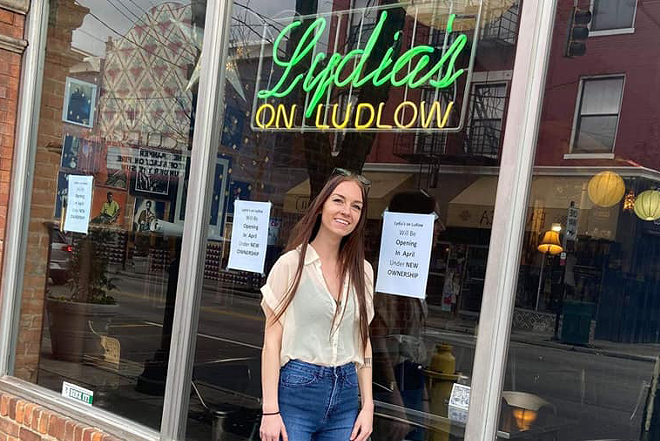 Clifton Gaslight eatery Lydia's on Ludlow closed its doors in February, but the cafe is reviving under new ownership this spring.

According to a post on the restaurant's Facebook page, a new Lydia will be taking the reins. Lydia Ludwig, who used to manage Newport on the Levee's Cosmic Coffee House, which also closed in February, will be taking over the cafe and reopening it in mid- to late-April.

"Hey Everyone! Lydia's on Ludlow will be REOPENING in mid to late April under NEW OWNERSHIP. Meet Lydia Ludwig! Lydia's will offer a NEW less expensive Menu but in the SAME GREAT VIBE!" the Facebook post read.

Lydia's on Ludlow was formerly owned by Lydia Stec, who decided to close the eatery due to the neighborhood's street-wide recession and the exhaustion that comes with owning a business, she said an announcement on her Facebook page.

The restaurant offered homemade soups, salads and weekend brunch with local and organic ingredients, as well as beer, wine and cocktails. They also hosted live music throughout the week, which Ludwig plans to bring back when opening this spring.