AmerAsia will close while they sort out kitchen repairs. To keep employees financially afloat during the break, the restaurant has started a GoFundMe and is selling packs of frozen dumplings. 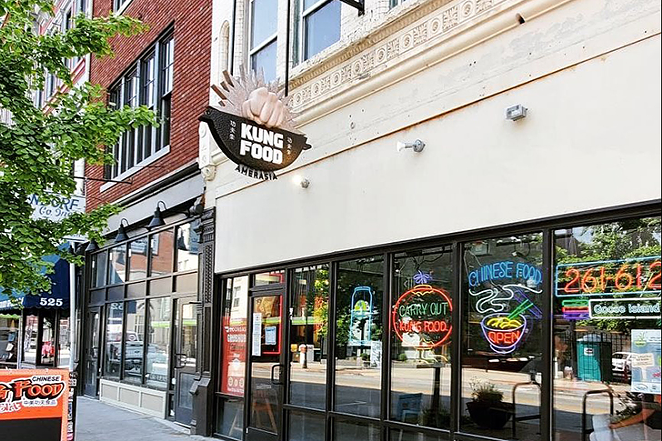 Covington's beloved KungFood Chu's AmerAsia announced last week that they will be closing their restaurant for a bit after receiving news that their kitchen hood is broken.

In a Facebook post, the restaurant — which undertook some some major upgrades to the dining space and patio area over the course of the pandemic — reached out to its customers to see if folks would be interested in purchasing frozen dumpling packs in order to continue supporting their 20-member staff team.

And after an overwhelmingly positive response, AmerAsia will begin slingin' dumplings starting at 5 p.m. today (July 26). In addition to frozen dumplings, the eatery will be selling bottled sauces, gift cards and merch during this time, and has set up a GoFundMe account to help cover their losses.

The restaurant will remain open tonight with a menu of small bites and a full bar. See the post about the menu offering on their Facebook page.

"While we are down, we are also going to make menu improvements leaning more toward making traditional Taiwanese cuisine, well-balanced lunch options, and a variety of dumplings," a Facebook post reads.

On June 1, AmerAsia announced that after bouncing back from a challenging pandemic- and renovation-riddled year, it was no longer struggling financially and was able to increase hourly wages for its tipped staff from $2.13 an hour to $5.50.

"Since we reopened our business for dine-in service in mid-April, we have no longer been desperately struggling to make ends meet and are finally bringing in a pre-COVID level of income," a different Facebook post reads.

"While we know it’s not a jaw-dropping increase, it’s an improvement nonetheless. We will try our best to increase this wage by doing things like selling more merchandise in order to redistribute the profits back to our staff over time. But, as a Chinese restaurant, we feel we are only able to charge so much for our food while staying competitive," the post continued.

But, as luck has it, the local eatery has endured another setback, and needs the community's support.