Whole Fish of the Day - The Anchor-OTR

’m coming to Cincinnati to visit. What restaurant should I try?”

I see people ask this question again and again on national websites like Chowhound or Eater, and the reply is always, “Skyline and Graeter’s — that’s Cincinnati!” Well, yes, they are. But is that really Cincinnati now? It’s like saying that you should go to New York and have a Gray’s Papaya hot dog. They’re iconic, but they can’t begin to tell the story of New York’s dining scene.

As we wrap up 2012 in Cincinnati, we’ve got a helluva story to tell — and some bragging to do. I write about drinks and dining, and I can’t even get around to all the new places that are opening. The way our food scene has taken off, there are so many destinations to devour that maybe you should save Graeter’s for a cone on the way to the airport after visitors have put on their comfy elastic-waist traveling pants and are groaning that they can’t eat another bite.

A few years ago when I wrote an end-of-the-year wrap-up, I whined that we didn’t have a variety of international restaurants. This has really changed. Someone stumped me recently by asking if I knew of any Norwegian restaurants here. I don’t think so. But when you’ve got Facebook fans anxiously awaiting the opening of a place that’s serving fertilized duck eggs, then you’ve got an adventurous international dining scene.

Even if balut is not your bag, we’ve got something else that you’ll love. We’ve got a bigger, better locavore scene. We’ve got new gastropubs, the exploding Gateway/OTR destination and the trendspotters and Tweeters who’ll lead you to them. Let’s look back — and ahead — at the significant eats and drinks around us.

My personal best bites for 2012 are a pretty eclectic bunch. These aren’t in any particular order, they’re just moments that made me say Mmmm.

at Findlay Market: These butter-sautéed morsels are my top comfort food of 2012.

at The Anchor-OTR: The fact that I shared this fat, tasty crab with someone is probably more significant than it if I had told her my PIN and handed her my bank card.

at Hello Honey: Would I be giving a bad example to youngsters if I admit that I skip lunch every once in a while and eat this instead?

: This meaty shank bone was the best thing at Taste of Cincinnati this year, hands down, and I have not been able to find it again since. If they had it on their menu at The Banks, I’d have to get a frequent dining card.

from Queen City Cookies: If pastries could be superheroes, these would wear capes. Their powers for good are amazing.

The explosion of eateries and drinkeries in the Gateway/Over-the-Rhine district is just incredible. In 2012 alone, we added

started to brew. What Daniel Wright started with some glorious street food at

has become a sensational success. When the weather’s nice, you can start the evening with a cocktail on Main Street and keep eating and drinking your way west until you end up at Washington Park — but only if you pace yourself. There are so many stops along the way!

The locavore movement starts to make sense when you see local produce and local products show up on local menus. Even if it’s

buns at Frisch’s, that’s good. But when it’s hot dogs from

’s lamb at Local 127 and their baby veggies at Bouquet, then that’s even better.

Why? Because that makes local sourcing sustainable. As much as I want to think that the pound of spring peas I pick up at the farmers market will keep that farmer growing, it’s not enough. The tipping point, the point of economic viability, comes when they’re supplying someone who uses a lot more peas than I’m ever going to eat. Farmers like working with chefs to see the creative ways their products are used, and it’s great for both the restaurant and the farm when they talk each other up.

Can’t hurt the consumers, either, when the cook and the farmer are both staking their reputation on ingredients that are fresh, safe and top quality. For a start, read menus for ingredients from

bakeries or distilled spirits from

Taco Tuesday has been transcended. There are now taquerias enough for every night, and that’s no bad thing. The year kicked off with the opening of

, where I had one of my favorite cocktails of the year — the Red Headed Stranger — and best sandwich of the year: the chicken torta Milanese. And the tacos were damn fine, too.

Since then, we’ve got two new taco joints in Northside; the crazy little

, which has nothing to do with Quentin Tarantino and everything to do with the awesome food-loving folks at La Poste in Clifton. Downtown, there’s always a line during lunch at

on Walnut. Around town, keep your eyes open and your tummy ready for trucks like

and even the Korean tacos from

It’s a bird, it’s a plane, it’s a bar, it’s a restaurant! This year, anyway, it’s a gastropub. And as long as the beer and the food are top notch, why not? Call it whatever you want. Officially, the new gastropub in town is

, which opened at the start of 2012. With dishes like pork belly BLT and lamb shank confit, this isn’t your typical bar menu. But with taps like La Trappe Wit Bierre, Founders and Southern Tier, the beer is strong with this one.

was a gastropub pioneer and chef Mark Bodenstein’s also a strong advocate for local ingredients. This year, they started serving Sunday brunch that’s wowed diners. In Covington, we love

, an authentic ode to the region’s German heritage, with housemade sausages like speckwurst, currywurst and feuerwurst and beer to match.

I can’t fail to mention that there’s another boom area downtown: The Banks. The best things I ate at The Banks this year were the dishes I tried at the

in May, after which I enjoyed a frosty cold beer from Moerlein’s carry-away window. I haven’t tried most of the brick-and-mortar eateries yet. I’m happy to say, though, that there are some locals in the mix:

’s menu, although the price point puts it in the “occasion” category. Holy Grail, Johnny Rockets, Orange Leaf, Ruth’s Chris and the most recent addition, Tin Roof, should draw plenty of diners to our fair river shore.

Event dining arrived in Cincinnati in 2012 and made an impression on our foodie scene. A sell-out crowd of 1,100 guests donned all-white apparel for the

in September and brought their own elegant picnics to a surprise destination — which turned out to be Lytle Park. I confess that I was surprised at the success but, again, we’re not the quiet corner we used to be.

” dinner. The menus are dynamic, with dishes like North Atlantic salmon with chestnuts, shagbark hickory, salsify and Brussels sprouts or pork belly with dried and fermented cabbage, mussels and mushrooms.

Another pop-up, this time as a fundraiser for the FreeStore Foodbank, happened in November. Laura Arnold, who blogs as Cincinnati Nomerati, teamed up with Chef Josh Campbell of Mayberry to present the

The Tweeters and Shakers

is just one of the bloggers who has become a tastemaker in town.

, author of Eggplant to Go, is another. She gets the word out about good food here in the ‘Nati and all over the region, including Louisville and Lexington.

had a hit this year with Cincinnati Deconstructed, her video series profiling local chefs, which made it to the big screen at Fountain Square.

make pretty with their 513{eats} online magazine and have a lot of fun while they’re at it.

has a cook’s palate and a cocktailian’s sensibilities and an ear for hot news. Neisen-Gosdin’s Wine Me, Dine Me blog scoops most other reporters in town. These are just a few of the foodies you should be following on Twitter and Facebook if you want to be in the know. 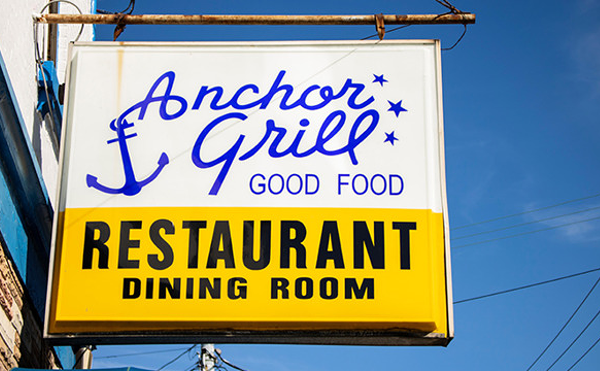