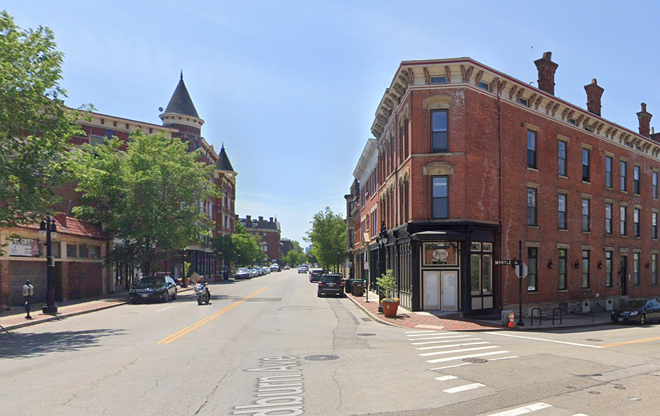 A new cocktail bar is bringing life back to the corner of Woodburn and Myrtle Avenues in East Walnut Hills.

Twenties, a 1920s-themed cocktail bar, will officially open to the public on Thursday, Jan. 2. "Twenties was inspired by the roaring 20’s and the progress of cocktail culture over the last 100 years," a press release from Red Brick Hospitality reads.

The cocktail menu, led by mixologist and general manager Michael Callahan, offers a variety of classic and new cocktails that caters to both generations of drinkers. In addition to cocktails, Twenties also offers 16 beers on draft and as well as spirits, with a strong focus on local breweries and distilleries.

Twenties takes over the space formerly occupied by Cincinnati bar owner and mixologist Molly Wellmann's Myrtle's Punch House, which closed in early 2019. The generously-sized bar features ample seating throughout the space as well as in the cozy catacomb-style cellar which is "perfect for groups and gatherings in an intimate setting," the press release reads.

Callahan, who was the former manager of Yesterday's Old Time Saloon and partner in Local Post in Columbia-Tusculum, is looking forward to being a part of the community's growth. "I’m excited to be part of such a growing and historical neighborhood. It is our sincere goal to create a welcoming atmosphere to the neighborhood of East Walnut Hills and the entire city of Cincinnati,” he explains in the press release.

The bar's happy hour will run from 4-7 p.m., Tuesday through Saturday, and will offer specials on cocktails, craft beers and wine.

They plan to host many events in their space, including a Onsie Wonderland party on Jan. 25 and weekly cocktail events called "Old Fashioned Thursday from the Cocktail Book," with $7 craft cocktails.

Twenties will host their grand opening celebration on February 20th.