Everything You Can Eat at Cincinnati's Asian Food Fest This Weekend 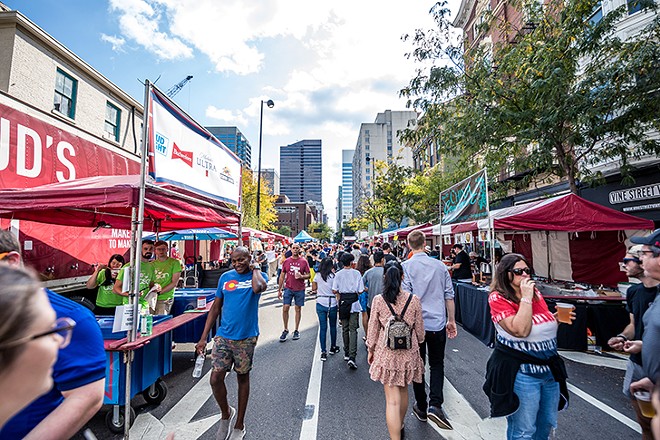 On May 7 and 8, Court Street Plaza will transform into the culinary epicenter of Cincinnati during the 11th Asian Food Fest.

This weekend, more than two dozen restaurants serving food from 13 different Asian countries will line the pedestrian promenade downtown serving up snacks and Asian and local craft beer. Menu items will be priced between $2 and $8, and food and drink will be accompanied by live entertainment and activities for kids and adults.

“We are excited for our return to the Court Street Plaza and to feature even more restaurants in 2022,” said Spencer Mapes, lead event manager for Asian Food Fest, in a release. “The variety of restaurants and dishes will give people an immersive cultural experience unlike any other in the region.”

Put on by the Cincinnati USA Regional Chamber and the Asian American Cultural Association of Cincinnati, the fest's stated mission is to "make Cincinnati a more diverse, accepting and delicious city" and "promote diversity in the Cincinnati region by celebrating Asian food, culture and communities, while working to encourage even more Greater Cincinnatians to be part of the growing Asian food scene."

Asian Food Fest took a hiatus in 2020 due to COVID, but returned for its 10th anniversary in October 2021, moving the weekend-long dining extravaganza to the recently revamped Court Street Plaza downtown. (It had previously been held at locations including The Banks and Washington Park.)

Here is a list of participating restaurants and vendors for 2022, offering food from China, Vietnam, Cambodia, Hawaii, Nepal and more:

Find menus for each vendor at asianfoodfest.org/food-vendors.

Asian Food Fest will be held 11 a.m.-10 p.m. May 7 and 11 a.m.-8 p.m. May 8. Admission is free. Court Street Plaza is located on Court Street, Downtown. For more information, visit facebook.com/asianfoodfest.