June brought the Queen City plenty of new dining opportunities, from a new wine bar and seafood butcher to the reopening of some old favorites. 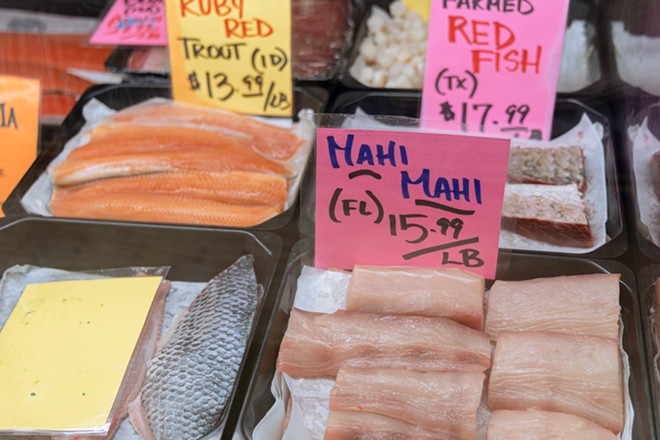 June brought the Queen City plenty of new dining opportunities, from a new wine bar and seafood butcher to the reopening of some old favorites. We did say goodbye to an Over-the-Rhine deli, The Takeaway, but the owners say the space will be something new soon. In other dining news, Cincinnati bar Ghost Baby has been recognized as one of the best in the nation and Cincinnati diners can now look forward to several new foodie destinations in the pipeline, including Jeni’s Splendid Ice Creams, a local bakery pop-up opening its first brick-and-mortar location and a new venture from Crown Republic Restaurant Group. Read on to discover more Greater Cincinnati food news.

Findlay Market has a brand new merchant. Sen by Kiki is a fish and seafood butcher shop “focused on sustainably and responsibly caught seafood” that opened June 30. The name Sen translates to “fresh” in Japanese, which harkens to the shop's sashimi-grade seafood (meaning it can be eaten raw) and its oysters — some of which can be enjoyed at the connected oyster bar. Sen was brought to the market by chef Hideki Harada and will act as a branch of the Japanese restaurant Kiki College Hill, which he owns with his wife Yuko. 1801 Race St., Over-the-Rhine, findlaymarket.org.

O'Bryonville recently got a new spot that is sure to impress wine lovers. Annata Wine Bar and Cellar had a soft launch last month, just serving Friday and Saturday for two weekends. Then on May 31, they began their full Tuesday through Saturday service. There are currently 26 wines available by the glass which owner Tim Shumrick says will be in a constant rotation. "It's heavier on the chilled wines for the summer and as the weather changes, so will the list or if a wine isn't moving we can change it immediately," Shumrick says. Wine isn’t everything at Annata though, since they also serve up a small selection of charcuterie and cheese boards that focus on local ingredients. 2021 Madison Rd., O'Bryonville, instagram.com/annata_winebar.

International travel is expensive, so the easiest way to visit Argentina is at a table loaded with empanadas and chimichurri alongside a gourd of yerba mate in The Empanada’s Box, which opened on Covington's Pike Street in June. Empanadas – baked turnover-like hand pies stuffed with a variety of savory and sweet fillings – are extremely common across Latin America and have become prevalent in our region thanks to Argentine families like Lucas Nunez, his aunt Fabiana and his uncle Diego at The Empanada’s Box. The menu at The Empanada’s Box features more than 20 different fillings for the empanadas. Sample traditional Buenos Aires-style bites with ground beef, onion, red pepper and scallions, or have a Cincinnati chili-style empanada seasoned with Colonel De Gourmet Herbs & Spices’ Cincinnati style seasoning chili powder. The array of empanada fillings is international, with flavors from Jamaica, Singapore, Louisiana, India, the Phillipines and more. 212 Pike St., Covington, theempanadasbox.square.site. 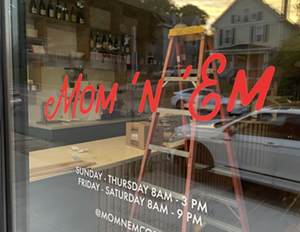 Camp Washington coffeeshop Mom 'n 'em Coffee & Wine opened a second location in Madisonville on June 6. Named “Best Coffeeshop in Ohio” by Food & Wine magazine earlier this year, the popular coffee shop and wine bar shared on Facebook that they decided to expand to a new neighborhood about a year ago. In the Facebook post, the shop shared that the owners, brothers Austin and Tony Ferrari (who also run Fausto in the Contemporary Arts Center), learned about a building in Madisonville from a friend. The two went to take a look and immediately knew it would be a perfect second location for Mom 'n 'em. 4310 Whetsel Ave., Madisonville, momnemcoffee.com.

The last year has been a bit of a struggle for popular Over-the-Rhine Asian gastropub Quan Hapa, but it looks like they’re back and better than ever. In October of 2021, the Vine Street spot closed for renovations, reopened in November and closed down again in January of 2022 due to staffing issues. Fans of the establishment's chicken katsu and garlic noodles can rejoice because the restaurant shared on Instagram that, as of June 7, they are officially open again. Their post showed new hours and a new menu featuring rolls stuffed with everything from fried shrimp curry to wagyu beef, plus a spicy Sichuan 5-way made with Chinese-style noodles, cucumbers, bean sprout, chili crisps, green onions and fried shallots. 1331 Vine St., Over-the-Rhine, quanhapa.com.

The Court and Vine Street Skyline location has officially reopened. Skyline shared on Instagram that the spot is open and now has a walk-up window where you can place your order outside. The store is only open Monday through Friday 11 a.m.-5 p.m. 1001 Vine St., Downtown, skylinechili.com.

Over-the-Rhine deli, grocery and sandwich shop closed its doors on May 27. The Takeaway announced the closure of the 1324 Main Street location on Facebook. Although the closure is sad, it seems like something new is coming Cincinnatians' way “We’re closing down to reimagine and start dreaming again of what this little corner of Main Street can be,” read the post. The post closed off with: “Thanks to all who supported us and have played a part in being this space for our community. We can’t wait for our next chapter.”

Over-the-Rhine’s bar scene has really been popping off in recent years and now has even received some national recognition. On June 15, Esquire Magazine released its 2022 list of “The Bar Bars in America” which included Cincinnati’s Ghost Baby. The magazine describes this list as “25 worthy locations for a big night out.” This literal underground nightclub opened in November of 2019 beneath the streets of Over-the-Rhine and has been providing Cincinnatians with a unique spot for a night out ever since. “The drinks are much better than need be, except, I suppose, for the Bud Light, a lager kept around for old times’ sake,” the editors of Esquire wrote about Ghost Baby. 1314 Republic St., ghost-baby.com.

Just five months after their very first pop-up on Jan. 2 of this year, the owners of Sebastian Bakehouse have officially secured a brick-and-mortar space. Owners Laura Kate Adelman and Randy Sebastian told CityBeat in an email that they chose the space in Mariemont due to the positive feedback they received from test marketing in the area. “As much as we absolutely love our presence in Hyde Park, from a start-up business standpoint, we have captured more of our customer base doing our pop-ups in/close to Mariemont,” they wrote. Since the space is currently being remodeled, there is no set opening date for Sebastian Bakehouse's first brick-and-mortar shop. Despite the ongoing remodeling project, Sebastian Bakehouse will be selling their delicious creations out of their brand new brick-and-mortar space on Saturdays and Sundays from 8 a.m. to 2 p.m., or until they sell out. 6846 Wooster Pike, Mariemont, sebastianbakehouse.com.

There soon will be something new in the space formerly occupied by The Mercer OTR. Crown Republic Restaurant Group (CRG) announced it has signed a lease in the large location on the corner of Vine and Mercer Streets. CRG's team said in a June 8 release that they are excited about the opportunity to add another restaurant to the OTR neighborhood. "We're very excited to bring our friendly hospitality to the Mercer space," Sitek said in the release. "With Over-the-Rhine's contagious energy driven by 3CDC and other independent food and retail efforts, we're looking forward to adding a new concept for visitors and locals to savor." No details on menu, concept or opening dates are available, but CRG said the new concept will “remain consistent with CRG’s commitment to quality and hospitality.”

While summer temperatures soar, one of the best things about this warm season is the variety of fresh produce offered by local farmers. Camp Washington is rolling out a new farmers market with help from Wave Pool and the Camp Washington Urban Revitalization Corporation (CWURC), set to take place at Valley Park every Thursday throughout summer and autumn from 4-6 p.m. The first farmers market will take place on Thursday, July 7. Due to a historic lack of quality food resources in the neighborhood, Camp Washington has been considered a food desert for years. This new farmers market is a step in the right direction, as it makes wholesome, nutritious foodstuffs available right in the heart of the neighborhood, meaning locals will have access to farm fresh fruit and vegetables among other delicious foods along with items made by local bakers, crafters and other vendors. 3250 Colerain Ave., Camp Washington, wavepoolgallery.org and cwurc.org. 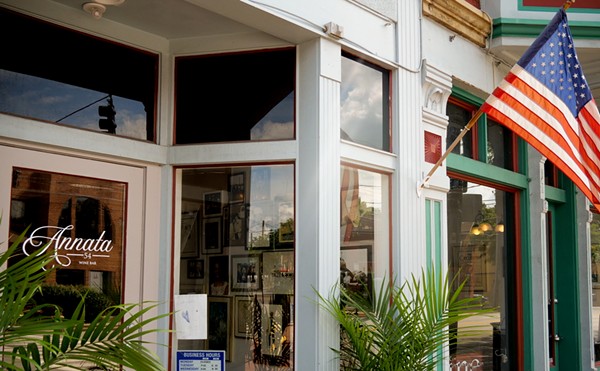