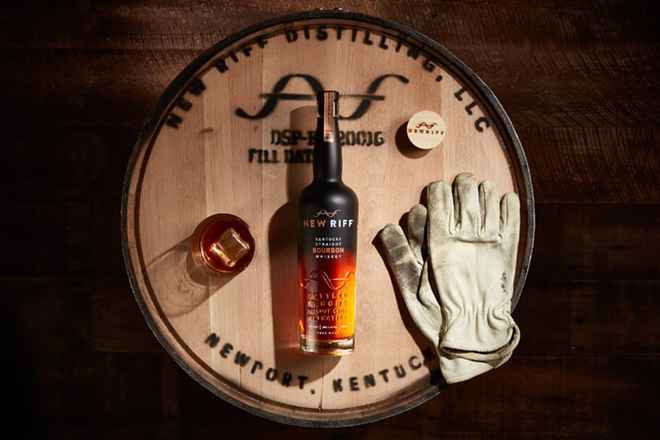 New Riff Distilling has announced a release date for its first batch of bourbon: Fall 2018. But before the spirit is officially in stores, you can get your hands on a bottle at the Distillery Gift Shop starting at noon on Aug. 1. Limit one per person. Suggested retail is $39.99 for 750 ml.

The bourbon is described as having "an aroma of butterscotch that rounds into fresh oak, with hints of vanilla and rye spice. On the palate, its broad, fulsome mouthfeel leads to a sweeter vanilla accent, before a melding of clove, cinnamon, mint and dark berries. Its long, rye-led finish is replete with brambly red-black fruits amid white pepper and clove."

The spirit will be widely distributed in Kentucky, Ohio, New York, New Jersey, Minnesota, and Indiana starting in September.

New Riff is hosting the “World’s Biggest Bourbon Toast” to launch its Kentucky straight bourbon whiskey at 5:30 p.m. July 31 on the Purple People Bridge. New Riff founder Ken Lewis will be toasting local "dignitaries, influencers and most importantly hundreds of spirit aficionados and supporters." That can include you. 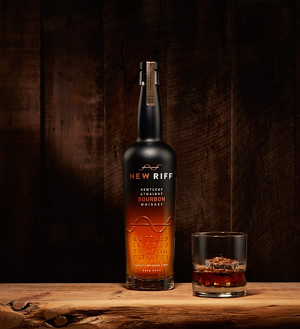 Toast with a dram of the long-awaited bourbon and get your hands on a bottle before they go on sale at noon Aug. 1 at the distillery.

The spirit, which has been patiently aging for the past four years, is bottled in bond (the product of one distillation season, by one distiller at one distillery and aged at least four years) without chill filtration and is a “high-rye, full-bodied whiskey with a savory, spicy character.” The non-GMO bourbon is made with 65 percent corn, 30 percent rye and 5 percent malted barley mash. It is also made with water from the Ohio River Alluvial Aquifer, serendipitously located 100 feet below the distillery’s parking lot.

“Bottled in Bond is the highest quality standard for aged spirits in the world,” says Lewis. “Rather than reserve it for special or limited releases, it is the signature of our bourbon. Moreover, we are taking the standard one step further by eliminating chill filtration to ensure that not a single molecule of flavor is sacrificed. We are firmly grounded in Kentucky’s revered bourbon tradition, but this is very much our own riff.”