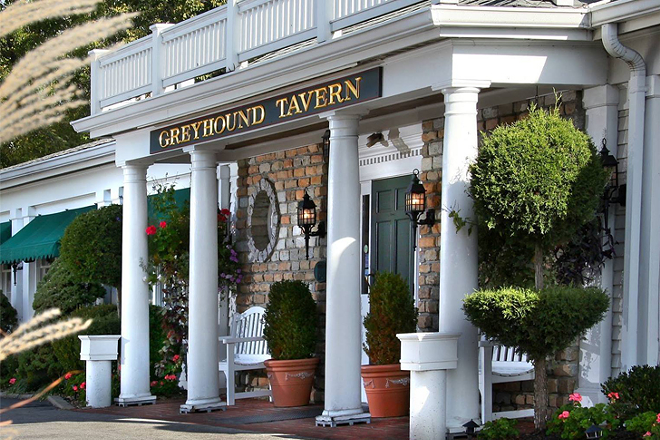 Greater Cincinnati is well-known for its culinary excellence, a sturdy prestige built on the backs of historic eateries that have stood the test of time.

Now booming with new eateries to choose from (despite the pandemic), it's clear that our coveted dining scene isn't going anywhere soon — but recognition for our staple eateries is always deeply appreciated.

Northern Kentucky's century-old Greyhound Tavern was recently in the spotlight, acknowledged by Microsoft News (sure, we'll take it) as Kentucky's most legendary restaurant.

"A timeless Southern restaurant, the Greyhound Tavern charms with its historic setting that takes diners back to the 1920s, when it was first opened as Dixie Tea Room. Today, the restaurant offers comforting and familiar fuss-free dishes: the fried chicken is the star of the show, however, you shouldn't miss out on the thick-sliced breaded sweet onions either. Saved room for dessert? Good, because their homemade bread pudding is a Greyhound Tavern staple. Reservations are currently recommended," the write-up says.

Last fall, after three decades in the Wainscott family, the Southern-style restaurant was sold to Northern Kentucky-based One Holland Restaurant Group, after owners Butch and Mary decided to move on to their next step in life.

Another regional restaurant also was recognized on the list: Lebanon's The Golden Lamb, the oldest longest continually operated business in Ohio.

Greyhound Tavern is located at 2500 Dixie Highway in Fort Mitchell.