Blue Ash's music-focused brewery Fretboard Brewing announced earlier this month that they will be expanding their business with a new venture in downtown Hamilton.

"We are so excited to be a part of the tight-knit, and growing, Hamilton community. Keep an eye open for our official opening date soon. Cheers to everyone who has been rocking with us these last two years!" a Facebook post by the brewery reads. 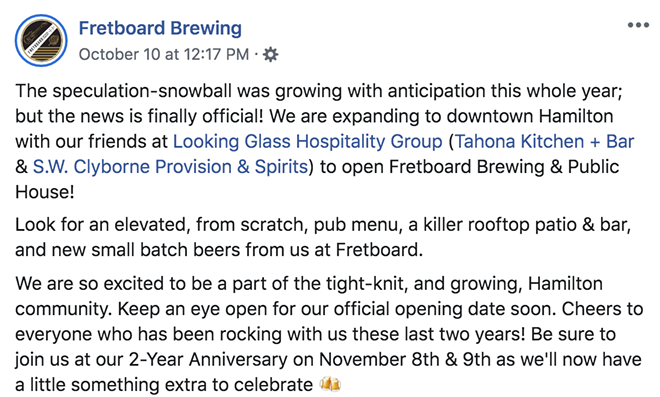 Raise a glass with the Fretboard Brewing crew at their two-year anniversary celebration from 6:30-11:30 p.m. on Nov. 8 and 9 with live music and the release of Drummer Boy Winter Warmer beer. Expect tunes from Neal Francis, Ernie Johnson From Detroit, GA-20 and Strange Mechanics throughout the weekend.