Team Frisch specializes in first-person shooter Call of Duty and world-building battler Fortnite, two of the most popular games in the world. 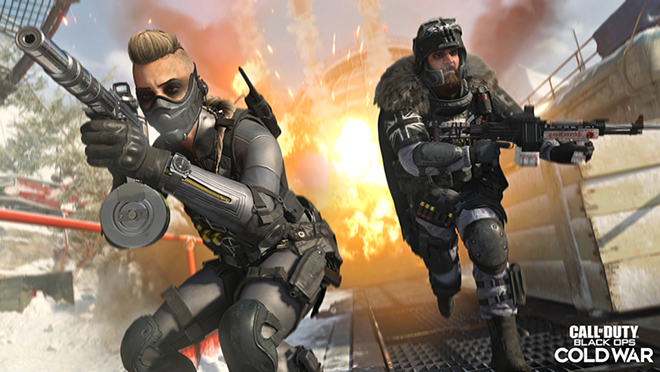 Cincinnati is competing with the best in the world — perhaps just not in the way you'd expect.

Beloved local burger chain Frisch's Big Boy is putting its best team forward in eSports, which is massively competitive — and often professional — gaming that's watched by nearly 600 million viewers on platforms like Twitch, Discord, YouTube, Facebook and even on sports channels such as ESPN. Gamers have played video games competitively since the late 1970s (Kids, ask your folks about putting "A-S-S" as their initials on the Pac-Man high-score board), but the growth of streaming platforms in recent years has made viewership explode.

Team Frisch specializes in first-person shooter Call of Duty and world-building battler Fortnite, two of the most popular games in the world. According to 2020 statistics, Call of Duty has more than 250 million players while Fortnite has more than 350 million players. For comparison, the population of the United States is about 331 million — just slightly fewer than Fortnite's community.

Yes, it's a little different from the physical activities you might anticipate as, say, the Olympic Games in Tokyo draw near, but eSports are no less competitive or global. There's mega money to be made here, with million-dollar payouts waiting for the winning teams.

Launched on April 22, Team Frisch already has built an ardent following for its six players. And it's no secret why: The team has been making the tournament circuit rounds and pouring Frisch's spicy tartar sauce all over the competition (metaphorically, of course). A media contact for Frisch's says that the team "has finished in the top 10 in recent tournaments including GHML Gaming Call of Duty 2K Invitational and PlayVS College Fortnite."

Currently, Team Frisch is competing in the Call of Duty World Championship, preparing for stage two in which the team will "run a 30-game gauntlet" to qualify for the next stage, the media contact says. In July, the team will play Call of Duty: Warzone during Brawl at the Bonfire in Las Vegas.

"Team Frisch provides Frisch’s Big Boy a strong and entertaining means to align with our many guests in the esports community,” Alison O’Keefe, vice president of marketing for Frisch’s Big Boy, says in a press release. “Gamers love Big Boys, crinkle cut fries and a Coke. We want to deliver their favorites to them as they watch or compete."

Frisch's also has physical-sport partnerships with the Cincinnati Reds, FC Cincinnati and other regional teams.

Speaking of the Olympics, the International Olympic Committee (IOC) partnered with five International Sports Federations and video game publishers to launch its first Olympic Virtual Series in May. Created as a power-up to the Tokyo games and built to capitalize on eSports popularity, the Olympic Virtual Series pitted competitors against each other in five virtual versions of physical sports — cycling, baseball, rowing, auto racing and sailing.

At the moment, the IOC seems to be set on virtual games that mimic those set in the real world. But if things change, who knows? Cincinnati just may field its first virtual Olympian.