Andrew Desenberg, also known by his pseudonym the “Gnarly Gnome,” has covered Cincinnati's craft beer and brewery scene for years, including on his podcast Cincy Brewcast.

To help keep readers plugged into Cincinnati life even as we continue to physically distance from each other due to the ongoing coronavirus pandemic, CityBeat is highlighting a series of local podcasts and their creators every week. Read previous installments about "When Pigs Fly," "West End Stories" and "Cincinnati Zoo Tails." 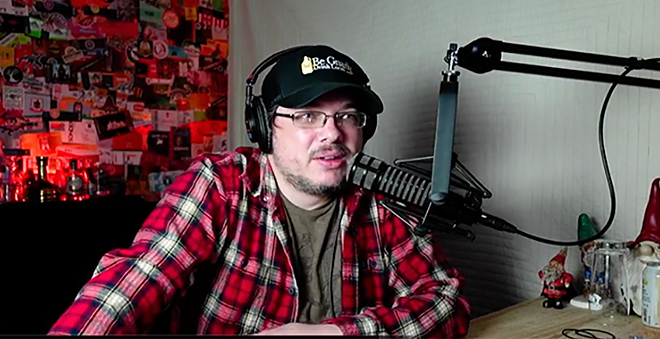 There's plenty of beer to drink in Cincinnati, along with plenty of ways to brew and market it. And one man is intent on discovering the stories behind it all.

Andrew Desenberg, also known by his pseudonym the “Gnarly Gnome,” has covered Cincinnati's craft beer and brewery scene for years, including on his podcast Cincy Brewcast.

The podcast, which began in 2015, features interviews with local beer company personnel discussing each brewery's origins, specialties and ties to the community. Desenberg also discusses breaking news within the beer scene as well as hot topics that impact craft beer drinkers.

Every brewer has a distinct personality within the craft beer community, Desenberg says, and it’s important to highlight the local businesses that are performing in the same league as major companies such as Busch and Budweiser.

He originally began the podcast with Mike Cisneros, who pitched the idea as “sports radio for beer.” Following Cisneros’ unexpected passing, Desenberg reformatted the show to be a conversational piece that includes interviews and insight into local brewing.

Recent topics include light-hearted discourse over the divisive hard seltzer trend brewing in the craft beer industry and how small business owners have been impacted by the ongoing COVID-19 pandemic.

Ultimately, Desenberg wants Cincinnatians who are listening to the podcast to feel like they’re sitting across the table with these guests over a pint of beer.

“I think that the reason people fall in love with these businesses is less about the actual product itself and more about these other things that make that spot what they love, and one of those things is the people that are there,” Desenberg says. “I think that helps people connect with them and helps them feel closer to the places that they love.”

Cincy Brewcast is released weekly. It can be accessed via the Gnarly Gnome’s webpage, Spotify or wherever you listen to podcasts.