In a 'Food & Wine’ run-down of the best fast food from every state, the Cincinnati chili chain was named tops in the Buckeye State 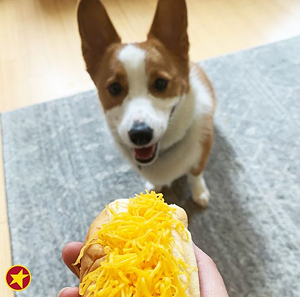 The website Food & Wine recently unveiled its selections for “The Best Fast Food in Every State” and a Cincinnati favorite took home top honors for Ohio.

In the Gold Star write-up, Landsel gives a little Cincinnati chili background and recommends a chilly winter’s night curled up with a 3-way as a “peak Cincinnati” experience.

The story of Cincinnati chili is a terribly American story, a story of immigrant entrepreneurs; the stuff beloved by generations of locals, and much misunderstood by outsiders, began life as a Greek-American thing, a vaguely Mediterranean-spiced sauce served on top of hot dogs— evolving, then spawning, over time. At the heart of that story you will find the Daoud brothers, hailing from Jordan, who brought their own spice profile to the table, setting Gold Star apart from its famous competitor, Skyline. Today, the very best Cincinnati chili is found in the humble one-off parlors dotting neighborhoods that are often equally humble, but there’s something special about the dueling chains, still so committed to their extremely specific craft, and something in particular about Gold Star, where they’ve got that that slight heat behind the sauce, and maybe a touch less sweetness. While you might have never tried this, and may never again, one of their three-ways, a healthy portion of chili atop a pile of spaghetti, served with an abundance of finely shredded cheddar, on a cold night in the dead of winter—that’s peak Cincinnati, that’s one of those weird, wonderful moments that sticks with you, in a really good way. (Gold Star Chili)