The donut dynasty is opening a shop on Madison Road The hanging, pink-frosted Holtman’s Donuts sign has ingrained itself in the Cincinnati psyche — a watering hole for breakfast-goers who believe that flaky, sweet goodness is the best way to start a day.

And now, the storefront has made its way to Oakley, with plans to open across from MadTree Brewing 2.0 at 3450 Madison Road. The store is slated to open in 2019.

This will be the family-owned business’ fifth location — one where they said they were excited to expand to because it will offer not only a bakery, but office space and extra storage for larger orders.

"Our creative decorating team is becoming such a powerful force that we are thrilled to share their creations with the Oakley community," said Danny Plazarin, co-owner, in a press release. “We love to let our team create and explore new donuts all the time. If they want to make something, we get them what they need and let them go to town.”

The new spot will be larger than the West Chester location, which opened in 2017. So, more seating and more donuts. Like their other bakeries, the concept will be open-kitchen so guests can watch the process as they wait in line. 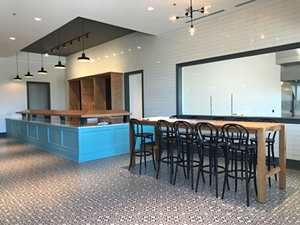 Plazarin said that the Holtman's philosophy has been the same since his grandpa Charles Holtman opened the first store in 1960 in Newtown, Ohio: to show the public what they do. Expect the same made-fresh-daily treats.

Along with Plazarin, his wife, Katie, will open the new location. For the couple, it’s their third place. The popular Over-the-Rhine location opened in 2013, and the family has looked to grow and work together ever since.

If the line out the door on Saturday mornings is any indication, Cincinnatians are certainly on board with open minds and ready stomachs.