Senate announced on Facebook Saturday that it was their last day in the OTR location, but that they'll be expanding Abigail Street into the space. 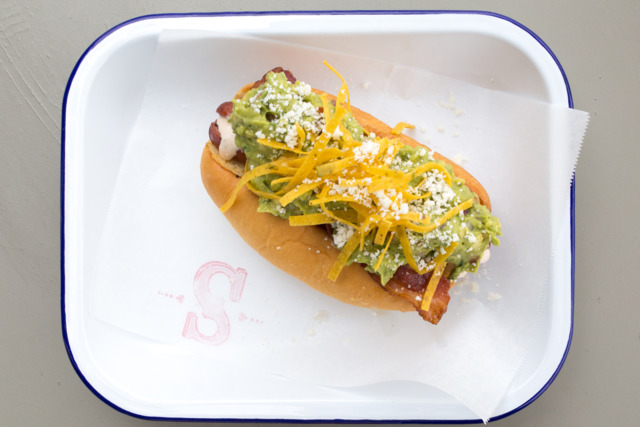 After over 12 years of service, Senate in Over-the-Rhine has closed its doors.

The gourmet hot dog gastropub announced on Facebook Saturday that it was their last day of service at the OTR location. They will be expanding their sister restaurant and next-door neighbor Abigail Street into the space.

“In 2009 we set out to create a great neighborhood restaurant with nothing more than a little hope and a lot of ambition. Over the last 12 years, we’ve been able to do some really amazing things because of this restaurant, it’s created opportunities for us that we never thought were possible,” reads the post.

Chef and restaurant co-owner Daniel Wright opened another Senate location at Summit Park in Blue Ash five years ago. The Facebook post says that the suburban Senate spot is nearly four times the size of the OTR one and “very much like that decision, it’s time for us to expand Abigail Street into a larger space.”

The post says the feeling of leaving is bittersweet and originally they wanted to “just give the old Irish goodbye,” but they say it felt unfair to “all of our friends and fans we’ve made along the way.”

They asked anyone around OTR on that day to “stop in for a drink and dog.”

At the time of writing this, the post has nearly 1,000 reactions and over 120 comments, many telling stories of their great experiences at Senate over the years.

CityBeat wrote a review of Senate shortly after it opened in 2010. Here is what we thought: ​​

Senate is the new place where the cool kids go, and I know why: It's fun, the menu doesn't take itself too seriously, and its location is red hot.

The Gateway Quarter, the southern edge of Over-the-Rhine surrounding Ensemble Theatre and invigorated with new businesses, is the destination du jour. If you haven't been to the area in a while, throw out every negative notion you have and go. You'll be delighted by the shops during the day — businesses like Park and Vine with "green" answers to all your household needs, Metronation, Mica, CityRoots, Little Mahatma and Eden — plus the emerging dining scene with Lavomatic and now Senate. It's top-notch.

Read the full review and time travel back to 2010 Over-the-Rhine at citybeat.com.