Cult favorite Kentucky soda brand Ale-8-One is offering fans a literal taste of summer with the limited-time release of their Orange Cream flavor. 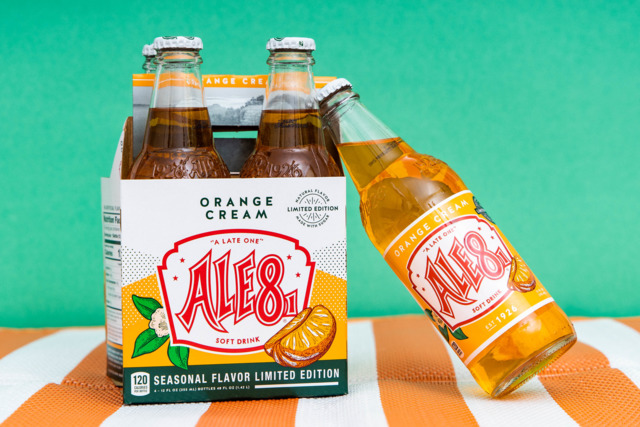 Cult favorite Kentucky soda brand Ale-8-One is offering fans a literal taste of summer with the limited-time release of their Orange Cream flavor.

Available while supplies last, a press release calls this seasonal soda "a dreamsicle-inspired flavor that evokes a sweet sense of nostalgia, just in time to kick off the Brand’s 95-year anniversary."

The brand, which has been around since 1926, is the only soft drink invented in Kentucky. And the small-batch manufacturer has only featured two new flavors — aside from their cult-classic citrusy-ginger drink — in nearly a century; a cherry ale in 2018, and the orange cream released in summer of 2019.

The Orange Cream soda features notes of orange and vanilla and uses the secret family recipe that is present in all of the brands varieties. It contains no artificial flavors or sweeteners.

Orange Cream is now available in four-packs at Kroger, Walmart and Meijer stores in Cincinnati, Louisville, Pikeville and most of Western Kentucky.

You can also purchase it online at ale8one.com.

“The tremendous positive response from our first two summer launches of Orange Cream Ale-8-One has been overwhelming," says Chris Doyle, marketing director for Ale-8-One. "We are delighted to be able to return this summertime classic to the shelves this year. Consumers had plenty of time last summer to experiment with recipes at home; we are excited for them to share their float and cocktail creations with friends this time around.”

Orange Cream cocktail? Count us in.