Since moving into a new facility last year, La Soupe and its partners have been creating and sharing around 30,000 servings of food and saving over 20,000 pounds of perishable food from waste every week. Photo: Facebook.com/LaSoupeCincinnati
La Soupe receives more than 20,000 pounds of food per week that would otherwise be thrown away from grocery stores, distributors, manufacturers, farms, and restaurants. Hundreds of volunteer drivers make deliveries to 20 Community Kitchen partners, including Taste of Belgium in Walnut Hills and Sleepy Bee Cafe, and then La Soupe employees sort and store items appropriately.

A Cincinnati food-assistance organization has fed thousands of area residents both before and during the coronavirus pandemic. But it could use a little help to keep the meals flowing.

In 2014, after 25 years as a restaurateur and caterer, Suzy DeYoung left her job as a chef and owner of La Petite Pierre and started a nonprofit organization in Newtown called La Soupe. At that time, La Soupe was cooking for a few people in need and rescuing about a hundred pounds of produce a week, according to the organization’s website. 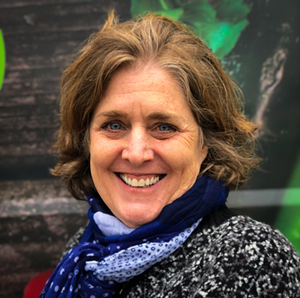 Today, La Soupe is trying to tackle the economic implications of the COVID-19 pandemic.

According to Emmy Shroder, director of the Community Kitchen program at La Soupe, the organization’s mission has been the same since the beginning: bridge the gap between food waste and food insecurity by rescuing otherwise wasted perishable food to provide nutritious and satisfying meals for people in need.

COVID-19 and its fallout are leaving more people hungry, more food wasted, and more people out of work. In response, La Soupe kickstarted the Community Kitchen program in April 2020.

“The program is designed to temporarily expand La Soupe’s capacity beyond the limits of its production facility during the COVID-19 crisis while stimulating the local food industry,” Shroder says. “These meals are serving the increased need in the Cincinnati school systems, pantries, churches, libraries, and at-risk elderly population.”

In April 2020, the non-profit moved into its own 10,000-square-foot facility off of McMillan Street in Walnut Hills. After the move, La Soupe and partnering restaurants were creating and sharing around 30,000 servings of food and saving over 20,000 pounds of perishable food from waste every week.

La Soupe receives more than 20,000 pounds of food per week that would otherwise be thrown away from grocery stores, distributors, manufacturers, farms, and restaurants. Hundreds of volunteer drivers make deliveries to 20 Community Kitchen partners, including Taste of Belgium in Walnut Hills and Sleepy Bee Cafe, and then La Soupe employees sort and store items appropriately.

Next, the Community Kitchen partners transform the materials to make the meals that work best for their facility and meet the quality and health standards set by La Soupe.

According to the La Soupe website, these meals are shared with over one hundred agencies across Cincinnati.

“During COVID, we have seen food insecurity touch the lives of countless neighbors for the first time–people who thought they would never be in need of emergency food assistance,” Shroder says. “We see the look of relief on mothers' faces when they receive another healthy meal for their families brought to a distribution point in their neighborhood week after week.”

Pre-pandemic, this gap between food waste and food insecurity was already significant.

The National Resource Defense Council reports that 40 percent of food grown in the US ends up wasted. Meanwhile, the United States Department of Agriculture reports that more than ten percent of U.S. households were food insecure during 2019.

In Cincinnati, food insecurity is higher than the national average, with one in every four Cincinnatians living in poverty, according to Census data.

When the pandemic hit, Ohio’s unemployment rate skyrocketed to 17.6% in April according to the U.S. Bureau of Labor Statistics. Additionally, restaurant closings meant there was going to be even more food going to waste and a lot of restaurant industry personnel out of work.

With wider access to COVID-19 vaccines on the horizon and warmer months being generally better for business, the Community Kitchen program is expected to fade out by spring this year. But Shroder says La Soupe is in need of further financial support to keep the program running at full capacity through the remainder of the winter.

La Soupe leaders speculate that the winter season will be the hardest for restaurants to survive and worry about keeping up with the needs of food-insecure families.

“The economic impacts of COVID are not over,” Shroder says. “Although a vaccine is coming, restaurants need to pay their bills through the winter.”

“Business is slow in most restaurants, and people still need these meals,” she continues. “We hope to help keep a small army of the amazing restaurants and foodservice employees of Cincinnati working, and helping their hungry neighbors.”

Last year, La Soupe invested $750,000 in the Community Kitchen program and received $250,000 in support from the Hamilton County CARES Act.

For the Community Kitchen program to continue through April, Shroder says La Soupe is seeking $400,000 in private and corporate donations.

If investments are not made, the nonprofit says that 30 or more direct jobs will be lost, hundreds of restaurants could go into hibernation or shutter, and thousands of families will lose access to reliable, healthy meals.

For more information or to donate to La Soupe, visit lasoupe.org.