The brew uses molasses and blue spruce tips to make an amber beer similar in flavor to the author’s favorite family recipe. 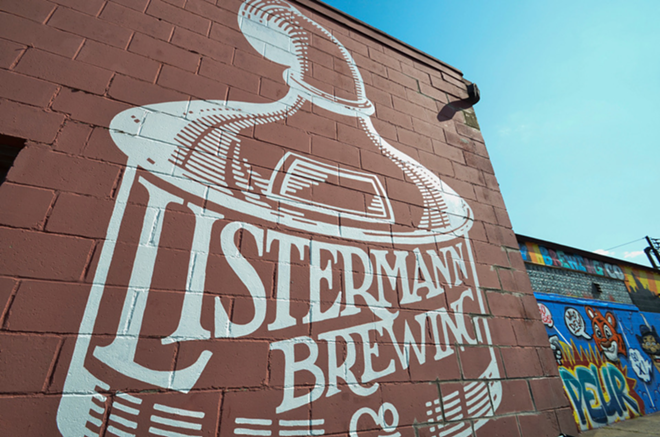 It’s not the usual thing these days to promote beer consumption for the purposes of good health, but toss in some spruce tips (the new, lime green growth on spruce trees each spring) and your beer becomes a tonic against scurvy with its natural load of vitamin c.

Perhaps not your first concern in the middle of a pandemic, but scurvy was a real and common problem in the era of Jane Austen, the beloved 18th-century author — and family brewer. In a household where only the most exotic goods came from a store, Austen and her siblings shared a mutual responsibility for brewing beer, wine and mead.

Brewer Allen Moellmann of Listermann Brewing Co. has resolved to bring this historic spruce beer back to life since it was famously Austen’s favorite homebrew. Although there’s no record of her exact recipe, it likely would have included molasses and could have been drunk fresh or fermented. The healthful spruce tips do contain stores of vitamin c, but they were also added for flavor at a time when hops were much less common than they are now. 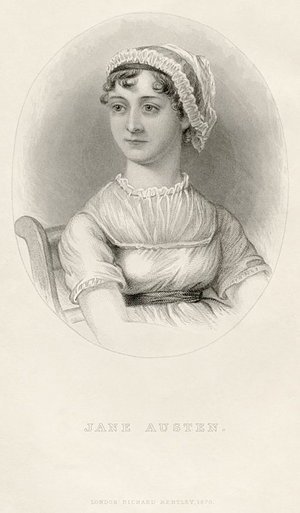 In a letter to her sister, Austen wrote, “It is you … that have the little Children, and I that have the great cask, for we are brewing spruce beer again.” Yes, children were notorious for enjoying the unique, candy-like flavor of spruce beer.

Moellmann describes the taste as a "love or hate" flavor and says the key to brewing a spruce beer with nuance is to always use real spruce with its subtle bouquet of fragrance rather than the flavor additive, the end result of which he likens to tasting like a cleaning product. Resolve is also apparently a required ingredient for some. In Austen's novel Emma, the title character Emma Woodhouse says, “I perfectly remember it — talking about spruce beer. Oh yes. Mr. Knightley and I both saying we liked it, and Mr. Elton’s seeming resolved to learn to like it too.”

For his small-batch Austen-inspired recipe, which should be available on tap at Listermann this month, Moellmann added three ounces of Colorado-sourced blue spruce tips.

For local foragers and homebrewers, the good news is that any conifer can provide edible new spring growth, aside from yew which is considered poisonous.

Out of the tap, Moellmann’s brew will be amber colored, hover around 5% ABV (alcohol by volume) and have less molasses than Austen’s recipe likely would have called for. The brewer explained that too much of the sweetener would brew a shocking ABV with a flavor profile most modern drinkers would find off-putting.

Moellmann works in Listermann’s brewing supply store and laments the gender disparities in the brewing world that he sees firsthand.

“The irony in today’s male-dominated brewing industry is that the art originated with women,” he says. “They were called ‘brewsters’ before the industrial revolution moved brewing into factories, shifting the gender roles.”

Moellmann wanted to honor the tradition of women-led brewing by both reincarnating Austen’s recipe and by brewing it with a woman (this writer). He hopes to see more female brewers both in the supply store and working as head brewers, and finds hope in the graduating students from the Brewing Science program at Cincinnati State.

When I arrived at Listermann to assist Moellmann with his Austen brew on a recent weekend, David Bowie radio was playing on the Pandora overhead and giant coils of orange, white and red tubes looped around metal beer tanks.

The process we used wasn't wildly different than the one Austen would have employed, except that we were able to control each bit of minutiae with technology.

We started at a tiny metal box against the wall that Moellmann said removes chlorine from the water. Then we headed over to a big tank that holds the dechlorinated water at a constant, hot temperature. The grains for our recipe took a long bath here, which released their sugars into a kind of aromatic beer tea — or wort — that smelled earthy and sweet.

Moellmann removed the grains, boiled the wort, added our frozen spruce tips in the last 10 minutes, and then added another dose after the heat was cut. After the yeast was added, we left it to ferment with the hope that in a few weeks there will be a product that even a stoic, brooding Austen hero would find reason to smile about.

Either way, Listermann's Austen-inspired spruce beer a great excuse to sit down with your favorite Pride & Prejudice adaptation to cheer our collective literary idol... and brewster.