The national beer brand's "Brewed in Ohio" initiative has collected dirt from some of the state's favorite sports stadiums. 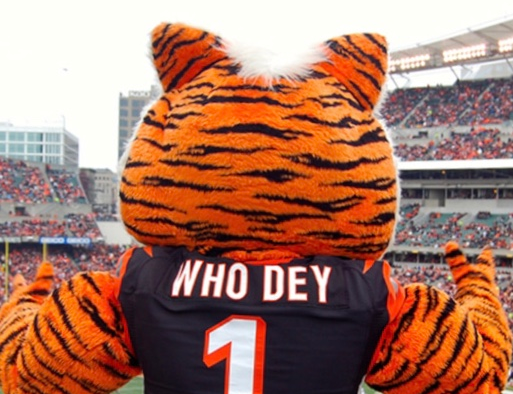 Are you a Bengals fan who could kiss the ground that quarterback Joe Burrow walks on? Cracking open a can of Miller Lite might be the next best thing.

The national beer brand's "Brewed in Ohio" initiative has partnered with players to collect dirt from some of the state's favorite sports stadiums, laced its Colorado barley fields with it and then brewed batches of Miller Lite in its Trenton, Ohio facility with the resultant crop.

"Guardians’ pitcher Triston McKenzie, Bengals’ player Sam Hubbard and The  Columbus Crew head coach Caleb Porter have teamed up to bring Ohio pride directly into every pour of Miller Lite," says an email from Sarah Kemp, who does media relations for the project.  "The locally brewed beer brand is honoring sports fans and iconic local athletes with a big taste of hometown pride by connecting them to two things they love: their beer and their team."

Kemp says dirt from the Cleveland Guardians' Progressive Field, Columbus Crew's Lower.com Field and one of the Cincinnati Bengals' practice fields (Paul Brown Stadium is covered in turf and has no dirt) was combined before it was placed on the barley fields, so there will not be specifically labeled cans of Miller Lite for each group of sports fans.

Instead, "every can of Miller Lite is supercharged with the full spirit of Ohio sports teams as a whole," she says.

The beer is rolling out now.