Bar owner Molly Wellmann made the announcement on her Facebook on Sat. Feb 2 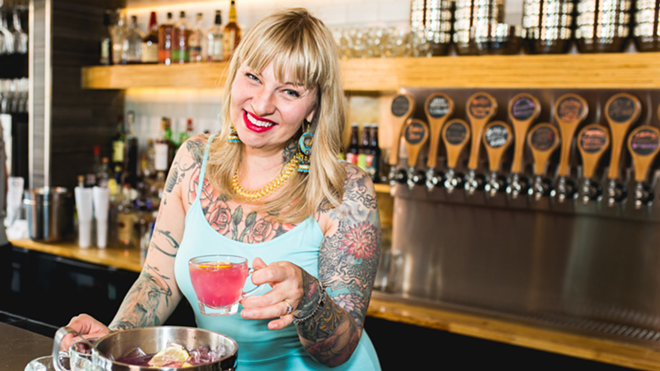 Bar owner/mixologist Molly Wellmann announced in a Facebook post on the morning of Feb. 2 that she has made the decision to close the doors of Myrtle’s Punch House in East Walnut Hills.

According to the post, Wellmann says that after splitting with her former partners in June 2018 and regaining ownership of the bar, she had issues with the Myrtle’s landlord while attempting to transfer the lease to her name.

"I've tried to obtain the required lease approvals from the Landlord at ‪Myrtles‬. This Landlord refuses to consent to the transfer of the lease. I've paid rent in full every month and the Landlord has deposited and kept these payments," her post reads.

After receiving a three-day notice on Jan. 30, Wellmann says she made the decision to close the bar.

Though she is moving on from this East Walnut Hills venture, she concludes her post by expressing her love for the neighborhood and hints for Cincinnatians to be on the look-out for what’s to come as she's "seriously considering another concept." 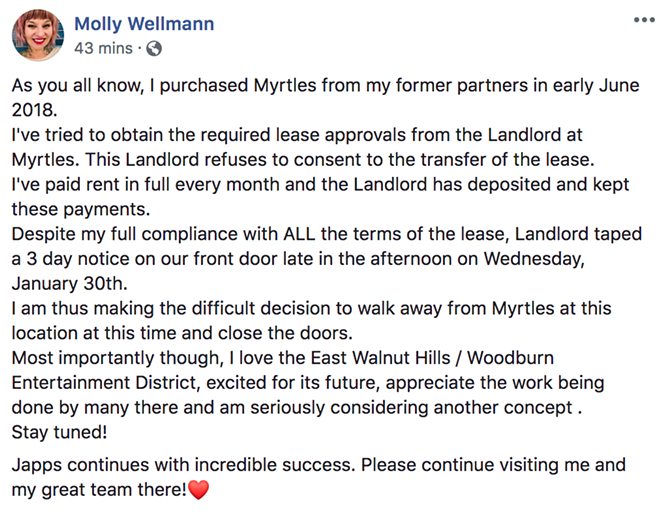 We have reached out for more information and will update this post as necessary.