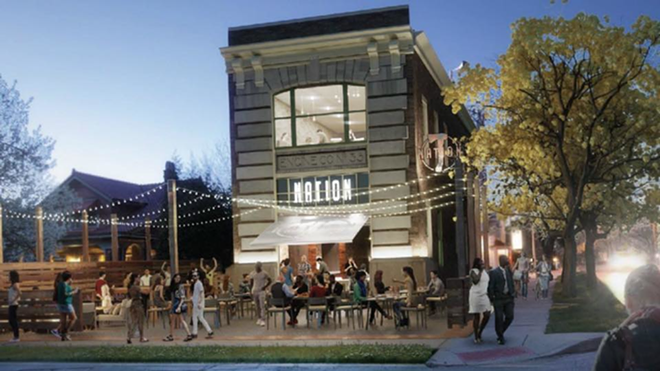 Nation Kitchen & Bar has made an exciting announcement regarding their much-anticipated new, second location.

The restaurant, located in a revitalized historic firehouse in the up-and-coming neighborhood of Westwood, is slated to open in the late spring/early summer.

According to a press release from the restaurant, approval from the Zoning Board has kicked off their construction on the project.

"It has been a long road to get to this point but we have broken ground and are officially bringing Nation Kitchen & Bar to Westwood” says co-owner Andrew Salzbrun. “We are on pace to finish construction sometime this summer and are eyeing a late-summer/early-fall opening for the restaurant.”

Nation first opened in Cincinnati's Pendleton neighborhood five years ago and has become an important piece of the city's culinary scene. The restaurant, which takes its name from axe-wielding Temperance warrior Carrie Nation, is known for its excellent burgers and bottomless weekend brunches.