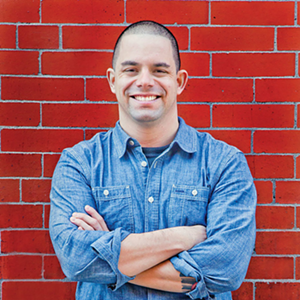 Amid a transition in the general manager position, Salazar’s longstanding employees have kept things running as smoothly ever, giving the restaurant’s new GM Josh Appleman every reason to enjoy the ride.

“One of the reasons I’m excited about going to Salazar is that I know that it’s a place staffed with professionals and career professionals,” Appleman says. “It’s not a bunch of college kids trying to make a buck. It’s people that show up to work every single day that want to provide the best dining experience possible.

“I have no reason to rock the boat. I just want to do what (chef Jose Salazar) needs done and make sure we keep a good thing going.”

An American eatery located near Washington Park in Over-the-Rhine, Salazar is well known for its attention to detail in both the menu and its staff. Chef Salazar, the owner of both Salazar and Mita’s Restaurant & Bar, has every intention to maintain such standards when Appleman takes over.

“As it stands right now, the systems are pretty outlined and we’ve been operating with those systems in place for awhile now,” Salazar says. “Everyone’s really happy. The staff’s happy. The guests seem to really enjoy their experience (at Salazar).

“I foresee the staff being really, really receptive to what Josh brings.”

Appleman first wanted to step away from the managerial role he held at Bouquet to step in as a server at Mita’s. However, Salazar was quick to tap into Appleman’s potential, convincing him to manage Mita’s a few nights a week shortly after crossing the river.

Of course, the dominoes continued to fall in Appleman’s favor.

Jordan Patton, now the former general manager at Salazar, recently stepped down from her post as GM after two years to explore a career in the wine industry, opening the door for Appleman to take over.

“When this opportunity came up, I couldn’t not jump at it,” Appleman says. “It’s one of my favorite restaurants in town if not one of the best.”

Given Appleman’s desire to add more to his plate, Salazar saw the decision to promote Appleman and move him to his namesake eatery as a no-brainer.

“It was sort of a mutual feeling,” Salazar says. “I thought that he would be a good fit, and he was looking to jump back into management. Josh is a consummate professional. His resume speaks for itself. Everyone that I know that’s ever worked with him has had nothing but great things to say. I think that’s his reputation around town."

Appleman will continue to work at Mita’s until early October, leaving Salazar’s longstanding employees to continue to have success in Patton’s shoes until Appleman takes the helm.