For the holiday season, customers can expect different kinds of pies like apple, coconut cream, lemon meringue and chocolate. 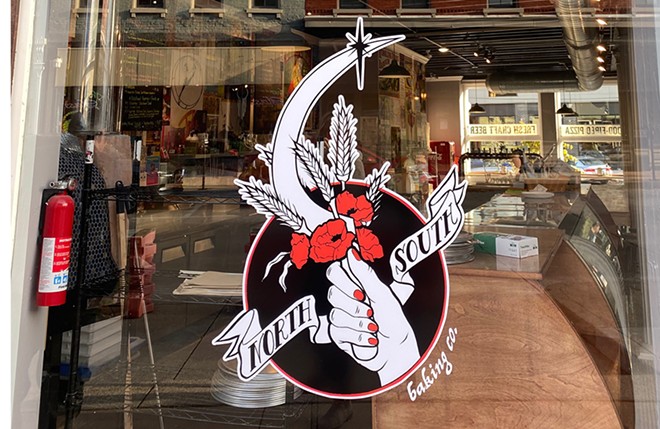 North South Baking Company is slinging baked goods in a new home shared with Ludlow, Kentucky-based Bircus Brewing Company. For baker and owner Kate Nycz, it’s a dream years in the making — and it comes just in time for the holidays.

North South, which formed four years ago, had previously operated out of Newport’s Incubator Kitchen Collective and gained a dedicated customer base through wholesale at locations like Ludlow Tavern, Second Sight Spirits and Dangerbird Espresso, as well as selling at local farmers markets like those in Covington and Hyde Park. But Nycz has been in the baking business for 12 years, having held various roles at other bakeries. She moved to Cincinnati from the East Coast in 2017 with the goal of starting her business.

“Despite all the demand with production and the logistics of Thanksgiving, it’s still just so calming to be here,” Nycz says of the new space at 39 W. Pike St. in Covington. “It feels like home.”

On any given day in the shop, visitors may find sweet or savory danishes, buns, cheese knots, brownies or cookies. For bread lovers, there are plenty of varieties to pick up here, too. One menu staple is the flaky, soft “cruffin,” a croissant-muffin hybrid filled with creams or jams. A perfect canvas for seasonal flavors — like the gingerbread cruffin set to debut this winter — Nycz says they’re one of her favorite pastries to make. 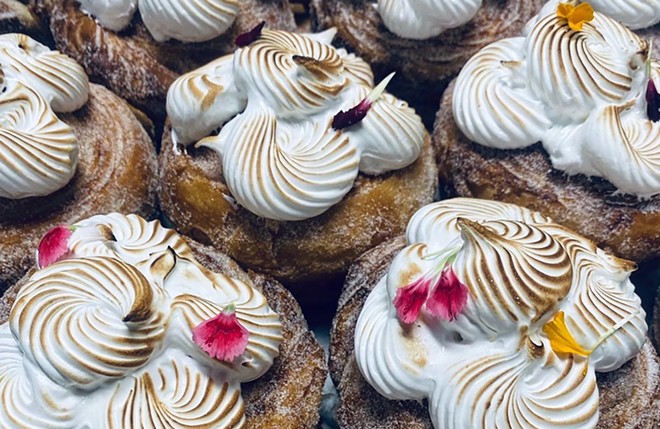 For the holiday season, customers can expect different kinds of pies like apple, coconut cream, lemon meringue and chocolate. Festive cookies are also on the docket.

“It’s all based around my life growing up in New Jersey, going to Polish bakeries. We always got Christmas cookies. Where I grew up, we had bakeries all over the place and that’s something that has really faded away,” Nycz says. “It’s nice to see them coming back to Cincinnati. I think this area was really looking for it. That’s why I moved here: I saw the potential and the proximity to local farms.”

Her cinnamon buns have a taste of childhood, too. Though her mother wasn’t a baker, Nycz remembers the frosting on the Pillsbury cinnamon buns she used to make. North South’s iced take on the classic treat calls back to that memory.

The storefront — previously home to Rose & Mary bakery, which closed earlier this year — is surrounded by a handful of other shops and eateries: Hierophany & Hedge, Point Perk, Grainwell, Agave & Rye and Klingenberg’s Hardware & Paint. The building’s pastel green exterior and large windows beckon to pedestrians. North South’s and Bircus’ joint sign hangs on either side, signifying their union of fresh-baked bread and pastries with craft beer and wood-fired pizza.

This Covington location is Bircus’ second taproom, which — like the Ludlow original — specializes in craft beer, the aforementioned ’zas and circus performances. Nycz makes and sells baked goods during morning hours (7 a.m.-noon Wednesday through Sunday) while Bircus takes the reins at night.

According to a release, there will be both beer and dessert flights, and Paul Miller — Bircus’ “Chief Goof Officer” — calls the collab “killer.” Nycz first met Miller when she was living in Ludlow, a few blocks from the brewery’s flagship location.

Nycz says finding the Covington location and moving her business there was a fast process. “We moved in two months and opened,” she says.

That’s especially quick when compared to the delays she’s faced on a planned build-out on a North South location in Ludlow. She announced plans for the bakery’s headquarters there in 2019 and that project is still in the works. She sees the partnership with Bircus as one step closer to opening the Ludlow location.

“I absolutely jumped into this because it gives us the steady financial flow of having a storefront and having the capacity to still do wholesale out of (the kitchen),” she says. Nycz says the income from this venture will help bring the eventual Ludlow location to fruition.

Most of North South’s ingredients are sourced locally or as regionally as possible, which makes for fresher produce and rotating, seasonal flavors. It’s a detail influenced by Nycz’s past working in greenhouses and garden centers, as well as selling goods at farmers’ markets and homesteading while living in Michigan. Beyond produce, the bakery’s eggs and milk also come from local farms.

“The most exciting thing for me on that level was sourcing flour from Janie’s Mill in Illinois. When I first started out here, I was looking so hard for regional flour, somewhere to get a stable product consistently,” Nycz says, adding that Janie’s is an organic stone mill. She likes to use alternative grains in her sweets. Most of North South’s cookies are made with organic whole grains like buckwheat, spelt and rye.

This focus on sourcing from local farms reflects North South’s logo: a hand clasping a sickle, wheat and poppies. Inspired by Ceres, the Roman goddess of the harvest, it all ties into what Nycz calls the brand’s “farm punk” aesthetic.

“We are all about local food and kind of scrappy,” she says with a laugh. “I’m not a trained pastry chef. I’ve learned everything on the job. I fell in love with doing bread and that translated into (a love of) doughs — like croissant dough and leavened dough.”

If it weren’t for the partnership with Bircus, Nycz says she wouldn’t have opened the space herself; she calls the pairing a win-win situation. Her goal is to keep the Covington location and eventually open in Ludlow, where North South will serve soups, salads and sandwiches along with the pastry and bakery menu.

“Even just having (this space), it’s a trial run of retail and I’m lucky to have a couple of people who are coming on who are capable and want to take the initiative to make sure that runs well. It’s just going to grow,” she says, adding that she wants to build a positive kitchen environment to work in. “And I’m excited for that.”

Where Cincinnati Ranks For Fast-Food Lovers Compared to Other Cities 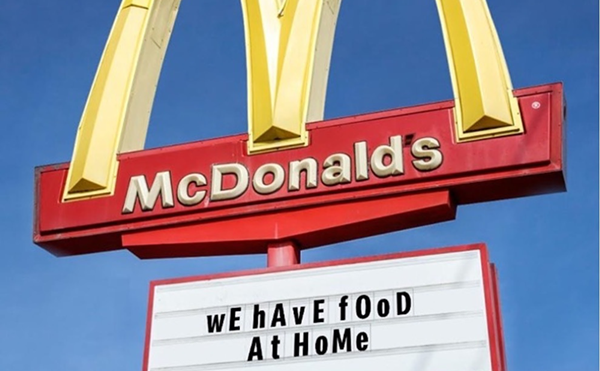