Many policies contain virus-exclusion clauses, which specifically dismiss losses as a result of pandemics like coronavirus, Ebola and SARS 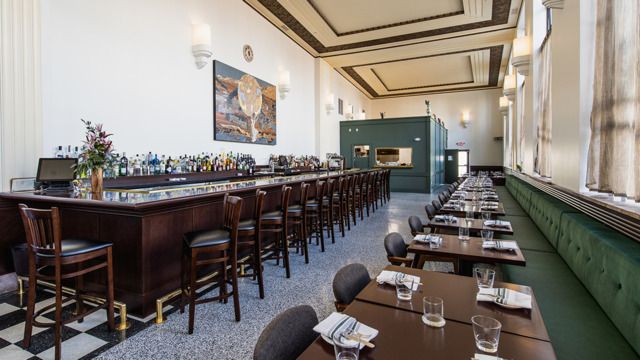 Photo: Hailey Bollinger
Branch is one of the many local restaurants that decided to temporarily halt carry-out service — in addition to the mandated close of in-person dining — during the pandemic

As an insurance litigation attorney who also happens to operate restaurants, Robert Rutter felt that he was uniquely situated to help his fellow hospitality colleagues. His firm, Rutter & Russin, filed a class-action lawsuit in state court against insurance companies refusing to pay out such claims. His suit is one of a handful now making the rounds in state and federal court.

“After the shut-down occurred, I started getting inundated with questions and phone calls,” Rutter recalls. “We undertook a pretty big dive looking into policies. I have here 60 different forms from hundreds of clients.”

Rutter, who runs Cleveland businesses like FWD, Magnolia, Flip Side and 3 Palms, says that the suit is starting with “low-hanging fruit,” policies from carriers like Cincinnati Insurance, Western Reserve Group and State Farm that do not contain virus-exclusion clauses. On behalf of local plaintiffs — both hospitality and otherwise — the firm is hoping to help aggrieved policy holders.

“These companies have this product called business interruption insurance, which, on its face to the most unsophisticated business person, seems like this is exactly what you’ve been paying for,” he argues. “This is the only way these companies will survive. PPP is totally irrelevant — if you can get.”

Rutter says that while not technically binding, the ruling would have a tremendous impact on the holders of similarly written policies.

“The first case will dictate what will happen,” he says. “If we prevail against Cincinnati, there’s really no reason we wouldn’t prevail against policies that are similar.”

Craig Lyndall of Lyndall Insurance in Chagrin Falls has also been fielding telephone calls from distressed restaurant owners. As the agent, he’s compelled to deliver the bad news that no, the carriers will not be covering loss of income as a result of coronavirus-related shutdowns.

“I am very sympathetic,” he says. “I wish there was coverage for it, because the worst part of my job is when people buy coverage and I have to say, no, that’s not covered and here’s why.”

From his side of the negotiating table, Lyndall says it’s simply a matter of actuarial science.

“If it was fire, wind, water… those are the things we’re covering for,” he explains. “When insurance companies underwrite these coverages based around, OK, well, if something like this happens in a region and we’ve got x number of clients who are impacted by it, we can cover it. But a national shutdown due to a virus with no actual physical loss…”

That’s not to say that individual policy holders could not demand and pay for such coverage — some do — it’s just not going to be the small restaurant owners, he notes, as such coverage would be extremely expensive.

“I don’t blame them for fighting their asses off and trying to get it, I really don’t,” he adds. “They’re fighting for their livelihood and I would do the same if was in their position.”

If you do find yourself in a similar spot, Rutter urges you to contact an attorney, because if you do not and the outcome proves advantageous to policy holders, you could be left out.

“The dangerous thing is this: if you do not file a claim now — and I’m talking about, like you maybe have another week to file, because once you are alerted of a claim you have a duty to report it — if you don’t do that, you’re out of the box. You’ll be out.”

While bills to nullify such virus exclusion clauses wind their way through state and federal legislature, Rutter will be waging a simultaneous battle in state court — and he recommends restaurant owners to follow along.

“This is precedent setting; we’re trying to get coverage for everybody in as fast amount of time as possible,” he says. “If you are a restaurateur or in the hospitality industry at all, you should have an alert on the cases that have been filed here, in Chicago and in California because that is what’s going to dictate what happens.”

And if they prove unsuccessful, he adds, we can kiss a large number of our favorite restaurants goodbye.

“You cannot open restaurants with social distancing guidelines and survive,” he argues. “It’s impossible. It will never work. When June or July hits, after they’ve worked through their PPP, there will be a tremendous amount of closures, like half the industry.”