Ohio's Favorite Christmas Candy Is Not the Buckeye, and That's Just Wrong

Oh, Ohio, how could you? 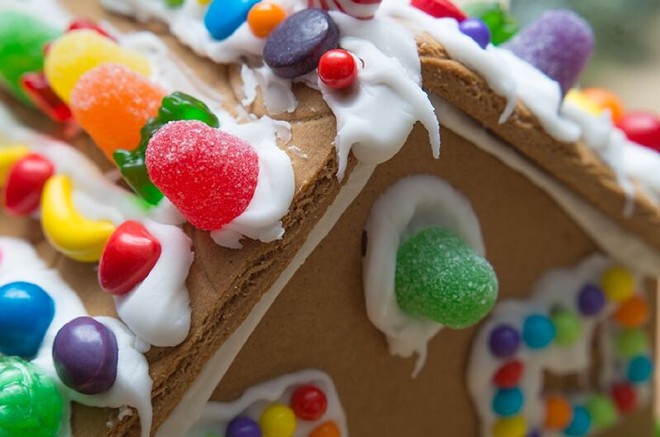 The Buckeye State already has shown that it prefers the blandest cake imaginable, but we had high hopes for what Ohio's favorite Christmas candy for 2021 might be. After all, many of us grew up making buckeyes — those chocolate-covered peanut-butter wonder balls — during the holidays. And even though the treats aren't specifically a Christmas candy, per se, they're a big part of the merrymaking tradition around here.

But, no, Ohio, you wanted something a lot more... basic: plain chocolate Santas.

According to candystore.com, Ohio would rather consume bland, chalky chocolate Santas from a corner drug store rather than the delicious balls that everyone wants in their mouth. The Buckeye State (we don't deserve that title now, to be honest) also devours Hershey's Kisses (not that different from the Santas) and peppermint bark (ok, that's not so bad).

Honestly, this doesn't surprise us, since Ohio also prefers plain white cake to literally every other delicious flavor out there.

Candystore.com says that peppermint bark has been gaining traction in recent years, particularly in states within the middle of the country. Hershey's Kisses, Starburst and candy canes also are popular.