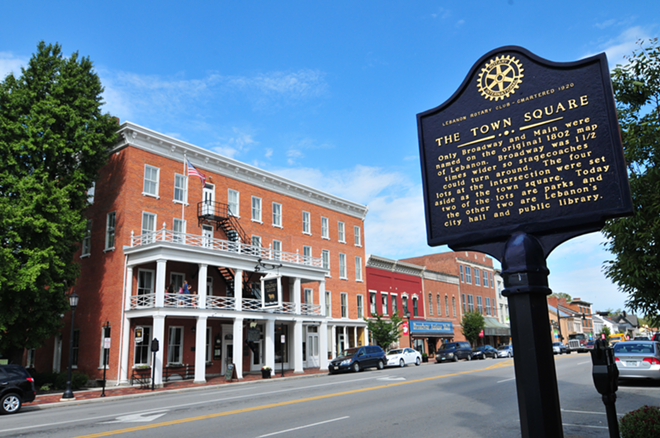 Food & Wine magazine recently released its list of "Best Classic Restaurants" in every state and Cincinnati's Price Hill Chili and downtown Lebanon's historic Golden Lamb both made the list for Ohio.

Of these two iconic Ohio spots, Price Hill Chili was founded in 1962 by current owner Steve Beltsos’ dad, Sam (though retired, he still comes to visit). Back then, the location consisted of one room that seated 50 people. Its menu and physical size have expanded since (it seats 350 these days), but the family values and wood-paneled aesthetics haven’t changed.

“We have generations of families,” Beltsos says. “I know the fathers, their kids and now they’re married, so now their kids. I’ve been here since I was basically 10 years old.”

Like many immigrants who opened chili parlors, Beltsos’ mom and dad are from a small village in Northern Greece named Kastoria (it’s now gone, bombed out of existence in World War II). Beltsos’ great-great uncle worked at Empress Chili, before he then spun off another restaurant called Latonia Chili. His father, Sam, worked there briefly before leaving his apprenticeship to open Price Hill Chili at age 22.

Beltsos primarily knows people by what they eat, and tries to know everyone by name. The staff can time when Sunday masses in the neighborhood let out, as Catholics migrate from church pews to restaurant booths. For many locals, Price Hill Chili is a slice of their own history.

Food & Wine says, "For quite some time, Cincinnati was the last word in fine dining in this part of the world, but for longevity, apparently, you can’t beat the regional chili parlor culture, which remains vast, varied and rather overwhelming to the uninitiated. Go extremely local for your first stop, somewhere they’ll treat you nice, like Price Hill Chili, a neighborhood gathering place that’s far off the beaten path. Sit at the counter, the better to watch the kitchen crew tossing piles of shredded cheddar around like so much orange confetti."

Conversely, the 1803-founded Golden Lamb, a restaurant and inn, is Ohio’s longest continually operating business, according to a release, which also says that in 2018, "the Golden Lamb’s culinary team...began planting and cultivating its own farm, which now sources many ingredients on the restaurant’s farm-to-fork inspired menu."

Of the Lamb, Food & Wine says, "The Golden Lamb has hosted at least a dozen presidents during its long lifetime—you could get fancy, or you could give into the half-fried chicken dinner, like so many others do (it’s good)."