The Silverton cafe is now open from 5-10 p.m. Fridays and Saturdays. 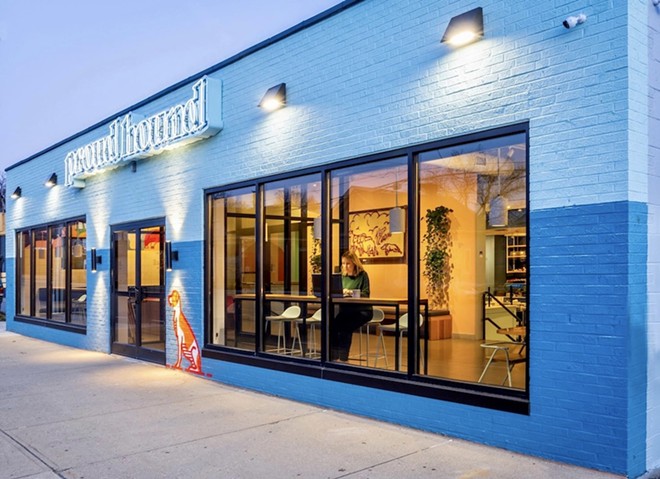 Photo: Provided by Proud Hound
Proud Hound is expanding its hours to include two late-night options during the week.

Silverton cafe and roastery Proud Hound will now be open late two nights a week, giving night owls (or at least early-evening owls) a new option for burgers and beer.

The cafe says in addition to its regular breakfast and lunch hours, it will be open from 5-10 p.m. on Fridays and Saturdays. The current menu for these late nights features burgers, fresh-cut fries, beer and wine.

The burgers are made from Fischer Farms ground beef and are served on a housemade milk bun with housemade pickles and secret sauce. The menu also includes a vegetarian burger, a gluten-free bun option and a kid's burger. Proud Hound's chef Kierstin Dudley also plans to expand the menu in the coming weeks, according to a press release.

The cafe's beer selection includes a variety of craft and domestic options.

Earlier this year, Proud Hound tested out a dinner option with a late-night pop-up event. The late nights are now a permanent part of its operations, the release says.

Proud Hound is located at 6717 Montgomery Rd. in Silverton. For more information: proudhoundcoffee.com.