An old friend of Quan Hapa has returned to bring traditional Filipino street food to the Over-the-Rhine community.

In March, Mapi De Veyra, Quan Hapa’s executive chef and general manager, came back to the restaurant after an 18-month stint away. With a renewed energy, De Veyra’s goal is to add fresh, exciting dishes to the menu geared toward capturing the complex flavors of Filipino cuisine.

“I’m just tying to make it better, make it more my style,” he says. “The whole idea is to make street food that people can eat for dinner.”

“The Sichuan noodles are kind of like a street noodle with spicy chilies, a lot of veggies,” he says. “It’s very refreshing, very simple and it fits well in this restaurant.”

Listed as the Sichuan 5-Way on the menu, De Veyra’s dish will include a tasteful combination of pork, chili oil, cucumbers and bean sprouts. 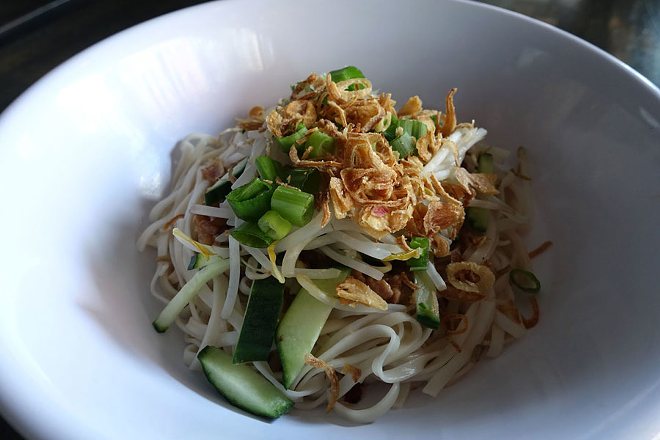 Though the street noodles might steal the show, De Veyra also fitted his menu with chicken Katsu and Crispy Pata, the latter of which features dried pork feet, braised for three hours and then fried to order. Other new dishes include mushroom ramen and Bo Luc Lac (beef on rice). 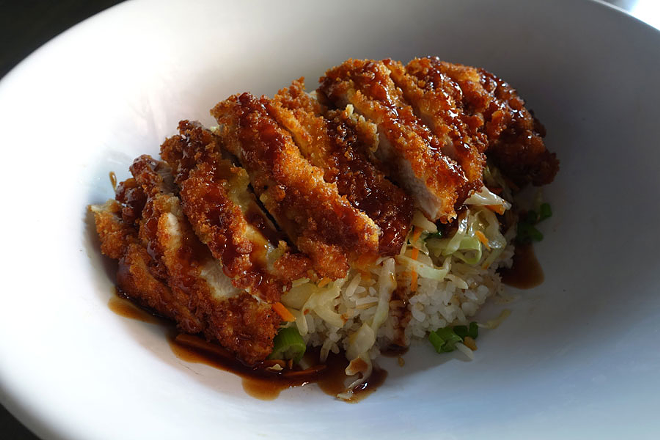 A native to the Philippines, De Veyra is able to bring this ethnic street food to life away from his home country, an attribute that he believes separates him from the pack.

“I have experience, and I grew up in the Philippines,” De Veyra says. “I moved here when I was 16 and I’ve been going back and forth. This is the kind of food I eat and grew up with, and with this kind of food, I have more experience than (other chefs).

“There’s a lot of things that they do, but they’re not doing them the right way.”

In an effort to refine his craft in the kitchen, De Veyra opened up his own stand at Findlay Market (Mapi’s Barbequehan) and traveled to his home country during his time away from Quan Hapa, which he points to as a catalyst for his current inspiration.

“We want to be doing a lot more street food because I did a lot of research when I was (in the Philippines),” he says. “I ate there for a couple weeks and am just trying to bring that back here.”

Having worked at Quan Hapa for a year before testing the waters at Findlay Market, De Veyra is no stranger to the restaurant’s kitchen and he has no intention of departing elsewhere anytime soon.

To continue to tailor the menu to his style, De Veyra already has plans to further integrate Philippine cuisine into Quan Hapa’s menu by next spring.