Rhinegeist says Juicy Truth has the same quality and consistency as Truth, but highlights the hop bill's tropical notes. 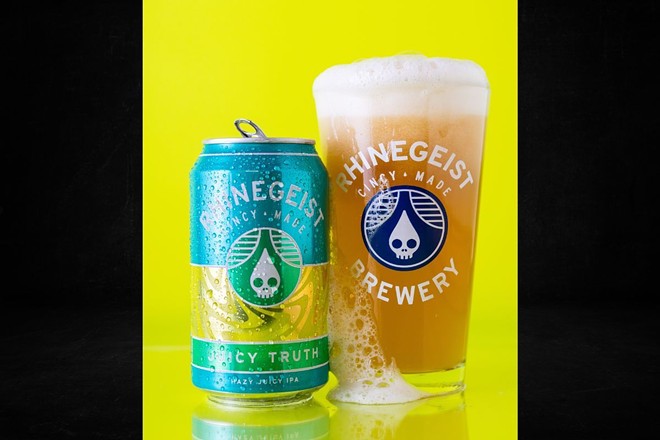 A new beverage from Rhinegeist Brewery is hitting the taps and shelves this January.

Inspired by the brewery’s flagship IPA, Juicy Truth aims to deliver the quality and consistency of Truth but while highlighting the hop bill's tropical, fruity notes and flavors of pineapple, mango and orange. And Juicy Truth will be Rhinegeist’s first full hazy IPA to be available year-round, according to a press release.

“It’s a big deal for us, to take the quality and consistency that Truth embodies, and extend that into a hazy juicy IPA that bears the same name. It’s going to make a big splash,” said Rhinegeist COO Adam Bankovich in the release.

“In recent years 19.2-ounce cans have become one of the most important package sizes you can have as a craft brewer,” said Bankovich. “We’re excited to be able to offer Rhinegeist fans more ways to enjoy the Truth family of beers by adding this innovative serving size.”