The restaurant is set to reopen in September as Rosie’s Italian. 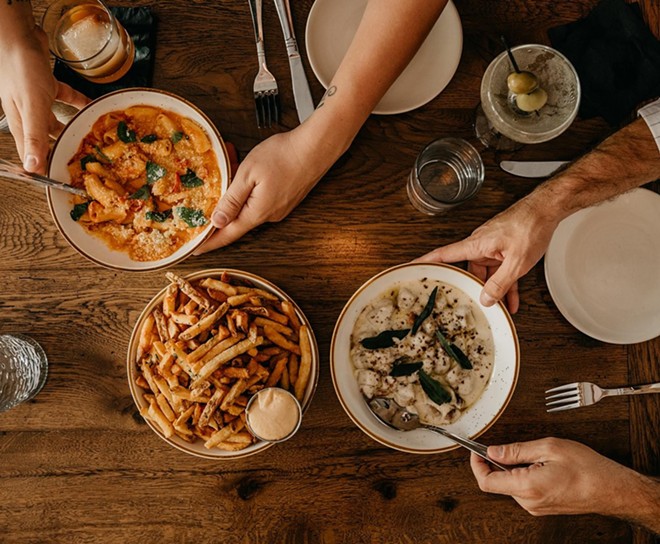 Downtown Rosie's Cocktails & Pies is set to close temporarily for a ‘re-concept.’

According to owner Crown Restaurant Group (CRG), Rosie's, which first opened in the spring of 2021, is closing its indoor dining on Aug. 24 and is set to reopen in early September as Rosie’s Italian.

CRG says they are transforming the space into something that will “further showcase the generational Italian cuisine” that owner and chef Anthony Sitek grew up creating with his family.

“Rosie’s is a place to bring some of what I loved about where I grew up on the East Coast to Cincinnati,” Sitek said in a release. “Focusing on pizza worked when people we’re just starting dine out again in 2021, but as inflation rates continue to rise we knew it was time for a refresh and expanded offerings.”

This redesign has been brought on by inflation. CRG told CityBeat in an email that the prices of creating the pizzas on their menu were increasing and they didn’t want to pass the cost on to customers.

So, they decided to rework the menu and think strategically about what classic recipes from Sitek’s heritage would cost the least to create.

They also wanted to diversify the menu so they weren’t stuck in the pizza category and could branch out to things that would help keep costs down.

There will be three pizzas on the menu including the popular Tie-Dye pie made with vodka sauce, tomatoes, pesto and mozzarella.